How to Stop Schools That Prey on Veterans

Under Betsy DeVos, the Education Department sold out to predatory for-profit colleges. It’s welcome news that Washington is taking steps to protect students.
Author: The Editorial Board
Published: 2021-03-30 07:12 pm 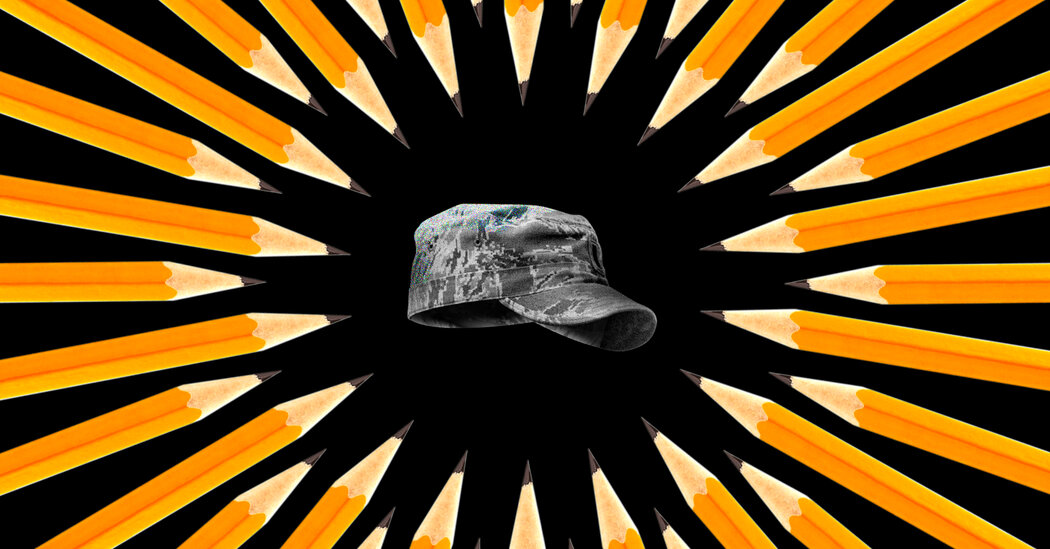 By The Editorial Board

The editorial board is a group of opinion journalists whose views are informed by expertise, research, debate and certain longstanding values. It is separate from the newsroom.

Congress invited predatory for-profit colleges to bleed military veterans of education aid — and give them nothing in return — when it wrote a loophole into rules that govern how federal student aid streams are classified. It comes as welcome news that the loophole was closed as part of the pandemic recovery bill signed into law this month.

Still, there is more that the Biden administration needs to do to protect veterans, and the American public, from companies that earn their profits by stripping students of federal education dollars while giving them valueless degrees.

That means reversing, as quickly as possible, Trump-era rules that benefited the for-profit college industry at the expense of the public. Beyond that, the Department of Veterans Affairs and the Department of Education need to wield their existing authority to cut off federal funds to predatory schools.

The recently closed loophole relates to a provision known as the 90/10 rule. As written in 1998, it required for-profit schools to get at least 10 percent of their revenue from sources other than federal student aid. The measure was intended to prevent federal aid from serving as the sole source of money for for-profit schools that were unable to attract private dollars. But Congress thwarted this common-sense goal by allowing the colleges to count some forms of federal aid — including G.I. Bill education benefits and Department of Defense Tuition Assistance — as privately raised.

This maneuver turned military veterans into what a Senate report called “dollar signs in uniform.” Predatory schools, including some that later collapsed under fraud allegations, misrepresented themselves to attract as many veterans as possible. So many service members were left in the lurch when the schools failed that Congress had to pass a law restoring education benefits to G.I. Bill users who had enrolled in programs that no longer existed.

The new version of the 90/10 rule will require for-profit schools to get at least 10 percent of their funding from “nonfederal” sources. One problem with the new provision is that it does not take effect until 2023, which could allow for more exploitation. This puts the onus on the Biden administration to better police risky or genuinely fraudulent schools.

Despite its documented history of fraud, the for-profit industry found an open door at the Education Department run by the recently departed secretary, Betsy DeVos. Under her leadership, the department was sued for serving the industry’s interests and attacking student borrowers who were legally entitled to have their loans forgiven because for-profit schools had defrauded them.

The Biden administration’s education secretary, Miguel Cardona, took an important step this month when he scrapped a DeVos rule that severely limited loan forgiveness for defrauded students. Under the new, more reasonable policy, tens of thousands of borrowers will have their student loan debt eliminated. This is a salvational development for young men and women who have been locked out of jobs, apartments and the credit market because of outstanding debt.

The Department of Education should immediately begin the process of reversing Ms. DeVos’s ravaging of the gainful-employment rule, which was supposed to cut off access to federal student aid for career training programs that buried students in crippling debt while failing to prepare them for jobs. A strong and fully enforced rule is essential to a regulatory system that holds for-profit schools accountable for the damage they too often do.

‘The Whistlers’ Review: From Bucharest With Ambivalence

www.nytimes.com - 6 months ago
In a review of several trials, the World Health Organization found that Gilead’s drug did not improve survival rates for patients nor did it help them recover.
Read More

Facebook to Acquire Start-Up Kustomer as It Faces Antitrust Glare

www.nytimes.com - 5 months ago
The social network was said to be paying close to $1 billion for the customer relationship management start-up.
Read More
More News & Articles