Florida Rep. Matt Gaetz would be removed from his position on the House Judiciary Committee if sex-trafficking allegations against him are found to be true, House Minority Leader Kevin McCarthy said Wednesday. The New York Times on Tuesday revealed the
Author: Aaron Feis
Published: 2021-03-31 04:21 pm 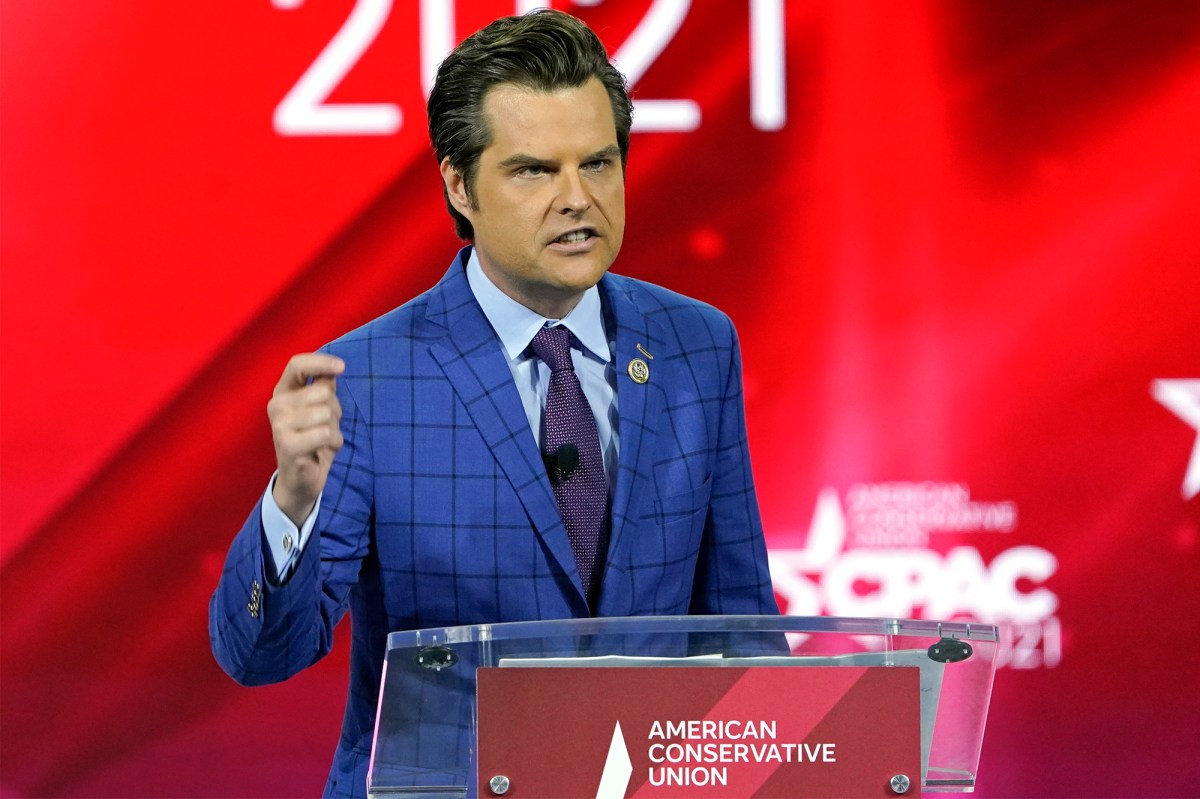 Florida Rep. Matt Gaetz would be removed from his position on the House Judiciary Committee if sex-trafficking allegations against him are found to be true, House Minority Leader Kevin McCarthy said Wednesday.

The New York Times on Tuesday revealed the Department of Justice is actively probing whether Gaetz, a Republican, had a sexual relationship with a 17-year-old girl and paid her to travel with him across state lines. Gaetz has denied the allegations “in the strongest possible terms.”

McCarthy, of California, told Fox News on Wednesday that he had not yet had a chance to speak with Gaetz, but that if the sex-trafficking accusations were founded, Gaetz would be removed from his Judiciary Committee post.

“Those are serious implications,” said McCarthy. “If it comes out to be true, yes, we would remove him if that is the case. But right now, Matt Gaetz says it is not true, and we don’t have any information. So let’s get all the information.”

Gaetz, 38, issued a denial on Tuesday and then, during an appearance on Fox News, claimed that a former DOJ employee was trying to extort his family for $25 million to make the accusations go away.

During an appearance on “Tucker Carlson Tonight,” Gaetz claimed that he and his father, former Florida state Sen. Don Gaetz, had been working with the FBI on a separate investigation attempting to snare the former DOJ employee, whom he named as David McGee.

Gaetz has griped that the publication of the Times story disrupted the supposed blackmail probe, even though its existence was not public knowledge until he disclosed it.

McGee, meanwhile, told The Washington Post that the blackmail allegation is “completely false,” and “a blatant attempt to distract from” the sex-trafficking probe.

Gaetz has not been charged with a crime and, according to The New York Times, came under scrutiny only through a larger investigation into one of his political allies, Joel Greenberg, who was indicted last summer on charges including sex-trafficking of a child.

Asked why, in 2017, Gaetz was the lone member of Congress to vote against a bill to increase funding to fight human-trafficking, McCarthy told Fox he was unsure.

“I have no idea whatsoever why he would vote against that,” said McCarthy.

nypost.com - 6 months ago
The Trump campaign on Sunday asked the US Supreme Court to reverse three decisions by the Pennsylvania Supreme Court, claiming there is a “likelihood” they violate the Constitution and urging the high court to act expeditiously because the presidency
Read More

nypost.com - 3 months ago
The first batch of body-worn cameras for New York state troopers was rolled out in the Capital Region Thursday, state officials said. The deployment, which was part of a slate of police reform laws passed last June in the wake of George Floyd’s death, is
Read More

nypost.com - 6 months ago
ALBANY — Republican lawmakers are seeking to strip Gov. Andrew Cuomo of his emergency COVID-19 powers. Cuomo’s emergency powers were granted last spring by the state Legislature, allowing him to rewrite, suspend and even create new laws in the name of
Read More

nypost.com - 3 weeks ago
Scammers are falsely claiming to sell COVID-19 vaccines online — and the feds are fighting back.
Read More
More News & Articles