To steal a phrase from one of the most famous New York managers to get fired during the season, it has gotten late early for Adam Gase and the Jets. George Steinbrenner famously fired Yogi Berra only 16 games into the 1985 season. Now, Gase is the one
Author: Brian Costello
Published: 2020-09-28 07:32 pm 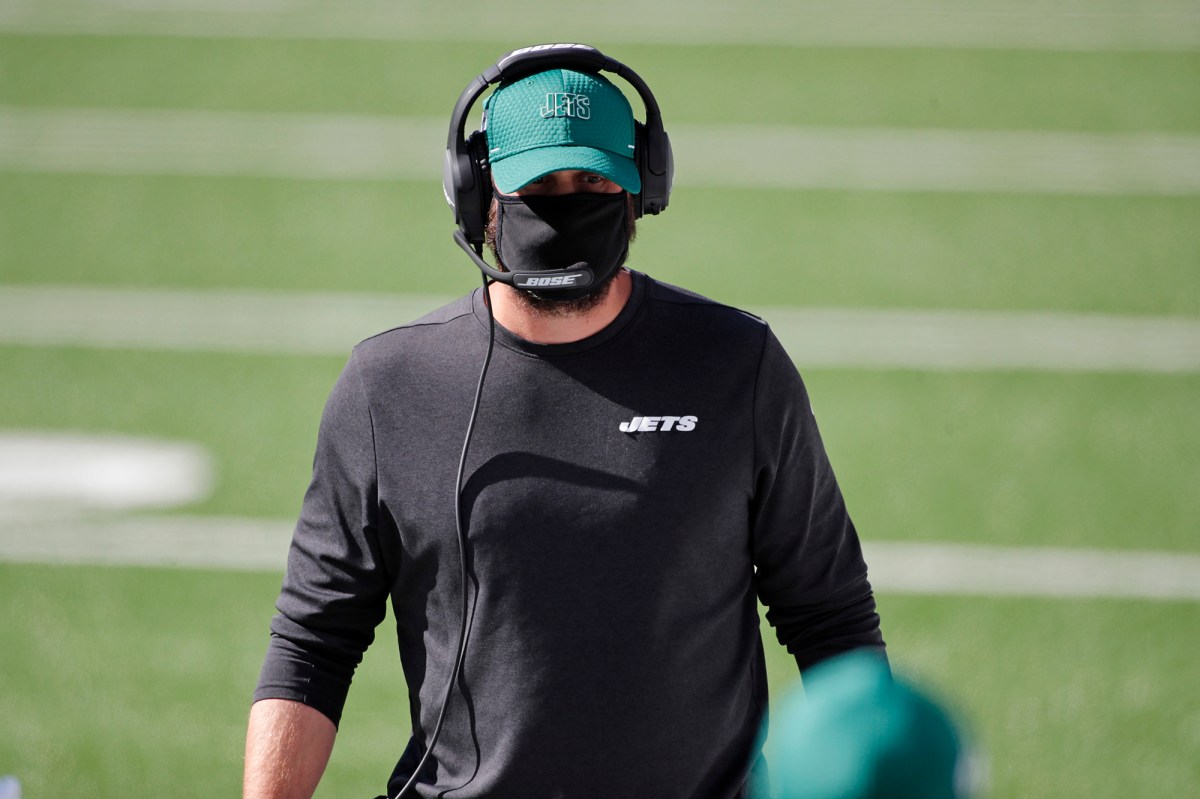 To steal a phrase from one of the most famous New York managers to get fired during the season, it has gotten late early for Adam Gase and the Jets.

George Steinbrenner famously fired Yogi Berra only 16 games into the 1985 season. Now, Gase is the one facing a potential early-season firing if he can’t get the dismal Jets pointed in the right direction. The team is 0-3 and has been outscored by 57 points. The Jets are doing nothing well. The offense is the worst in the NFL. The defense is getting pushed around. They look like the college team paid by other schools to play them.

The chatter about Gase’s job is understandable. The team is a punch line. Thursday night’s game with the 0-3 Broncos feels like a tipping point for Gase. If the Broncos somehow embarrass the Jets on national TV, playing a backup quarterback and missing half their roster due to injuries, a pink slip is possible Friday morning.

“This is the NFL,” Gase said Monday. “We’re 0-3 right now. We haven’t played well. We have to improve quickly. My job is to do everything I can to get our guys in the right head space heading to [the game].”

Gase is 7-12 as the Jets coach and 10 of those losses have been by double digits. He was hired because of his offensive acumen, but his offense is the worst in the NFL over the past two seasons. He was hired to develop quarterback Sam Darnold, but the 23-year-old threw three interceptions, including two pick-sixes on Sunday and has not played a strong game since last November.

All of this is true, but so is this: Firing Gase won’t make the Jets any better this year. It will make the fans happy (momentarily). It might give the team a minor jolt. But the Jets’ problems run much deeper than Gase.

The Jets have the worst roster in football. Look at their lineup. Where are the Pro Bowl players? Tackle Mekhi Becton might develop into that guy, but he is three games into his career. Where are the players that keep defensive coordinators up at night? You think opposing coaches are wrestling with whether to double team Josh Malone? Opposing offensive coordinators no longer have to worry about Jamal Adams. Teams often make a list of “blue chip” players on the opposing teams. The Jets have none. How many of these players would be starters on a good team like the Chiefs or the Ravens? One? Two?

If team CEO Christopher Johnson chooses to make a move, this will be a business decision. The fans are fed up and it is hard to blame them as a decade with no playoffs looks more realistic with each week. The local TV ratings are low. You have to believe that Jets merchandise is not flying off the shelves. Whose jersey are you buying right now?

It also may be a move for the sake of making a move because the team has looked so hapless through three games. I wouldn’t blame him if he tried to shake things up, but just know that does not really work in football.

Since 2010, there have been 20 coaching changes made during the season. The interim coaches have gone 39-65 (.375 winning percentage). Among the coaches who coached at least four games, only two have had winning records. Jason Garrett went 5-3 when he replaced Wade Phillips with the Cowboys in 2010. Gregg Williams went 5-3 in 2018 when he took over for Hue Jackson with the Browns.

Williams, of course, would be the logical candidate to replace Gase as the interim coach. His fire and bravado would play well with the fans, who are tired of seeing Gase with his head buried in his play sheet. But this is not baseball, basketball or hockey where midseason changes sometimes spark a run.

The Jets are going nowhere with or without Gase. The question Johnson needs to answer is what is best for Darnold? Does he think Darnold would benefit from Dowell Loggains taking over the offense? Does he want to see Gase and Darnold with injured starting receivers Jamison Crowder, Denzel Mims and Breshad Perriman, who all could be back next week?

The only thing that matters for the 2020 Jets now is figuring out what they have in Darnold and deciding whether they need to look at the quarterbacks in the 2021 NFL Draft, starting with Clemson’s Trevor Lawrence.

If the Jets are drafting Lawrence, there will be a new Jets coach in 2021. But making a change now won’t accomplish much except throwing some red meat to the fans.

nypost.com - 1 month ago
The man suspected of fatally stabbing his girlfriend in her Manhattan pad — and later allegedly threatening suicide by cop — was busted early Tuesday, officials said. Joshua Martinez, 33, was taken into custody with charges pending, according to police,
Read More

nypost.com - 1 month ago
The resident of the Queens home where suspected bomb-making materials were discovered after a fire has been charged with reckless endangerment, cops confirmed Wednesday morning. Marak Squires, 37, who lives in a home on 19th Street across from Astoria
Read More

What makes unpredictable Rays so dangerous for Yankees in ALDS

nypost.com - 3 weeks ago
Two principles of a Bill Belichick team are having players that “just do their job” and forming a game plan tailored to exploit the weaknesses of other teams. The Rays are Team Belichick. They have formed an egoless roster in which anybody can be used at
Read More

nypost.com - 2 weeks ago
A Pennsylvania man has been accused of plotting to kill his wife by rigging a tripwire at the top of a staircase inside their home. William Joseph Dankesreiter Jr., 60, allegedly installed a fishing line in the hopes that his wife Laura would trip on it
Read More
More News & Articles