Florida Rep. Matt Gaetz, who is the subject of a federal sex-trafficking probe, allegedly bragged about his sexual prowess by showing lawmakers images of nude women he claimed to have slept with, according to a report. Multiple sources — including two
Author: Yaron Steinbuch
Published: 2021-04-02 10:16 am 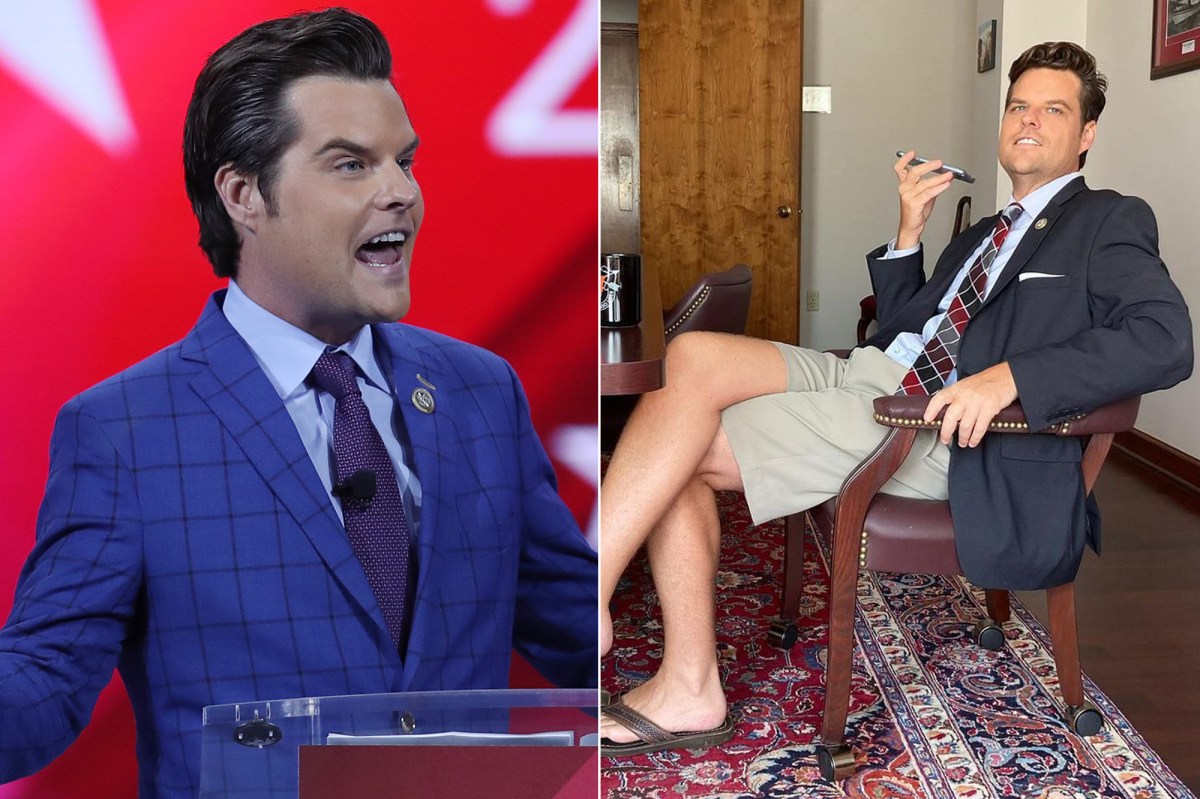 Florida Rep. Matt Gaetz, who is the subject of a federal sex-trafficking probe, allegedly bragged about his sexual prowess by showing lawmakers images of nude women he claimed to have slept with, according to a report.

Multiple sources — including two people who reportedly viewed the material — told CNN that the embattled Republican displayed the images of women on his phone and talked about having sex with them.

One video showed a nude woman with a hula hoop, one source told the network.

“It was a point of pride,” a source told CNN about the 38-year-old, who is being investigated by the Justice Department over whether he had sex with a 17-year-old girl and paid her to travel with him across state lines.

Gaetz has denied the allegations “in the strongest possible terms” and, according to CNN, there is no indication these images are connected to the DOJ’s probe.

As news of the investigation broke on Tuesday, Gaetz claimed he was the victim of an extortion plot, which the FBI is probing separately.

“Over the past several weeks my family and I have been victims of an organized criminal extortion involving a former DOJ official seeking $25 million while threatening to smear my name,” Gaetz said in a statement.

“We have been cooperating with federal authorities in this matter and my father has even been wearing a wire at the FBI’s direction to catch these criminals,” he added.

Gaetz and his rep did not respond to CNN’s requests for comment on the images and videos he allegedly showed to lawmakers.

The FBI has reportedly questioned several women who claim they were paid to sleep with Gaetz and his friends in drug-fueled trysts.

The interviews were conducted as part of the federal probe, which focuses on Gaetz’s alleged ties to several women who were recruited online for sex and paid for their services, the New York Times reported.

Receipts from CashApp and Apple Pay that the Times reviewed reportedly showed payments from Gaetz to one of the women, who told pals the money was in exchange for sex.

nypost.com - 3 months ago
Sometimes in life, you need a little luck to find your way into the profession you want to pursue. Mike Greenberg, who’s in his 11th season with the Buccaneers and eighth as director of football administration, might never have even gotten into the NFL ha
Read More

nypost.com - 2 months ago
TAMPA — If there were any doubt why the Yankees kept Domingo German around after he served his MLB ban, he displayed again on Wednesday what the team still sees in the right-hander. German was excellent in his second outing of the spring, tossing three
Read More

nypost.com - 1 month ago
Ghislaine Maxwell’s attorneys slammed federal prosecutors for filing new charges against the disgraced socialite about three months before her trial is slated to begin, writing in a letter the move is “obvious tactical gamesmanship.” On Monday, Manhattan
Read More

nypost.com - 4 months ago
A Wisconsin pharmacist has been arrested after it emerged that a hospital worker deliberately spoiled hundreds of doses of a COVID-19 vaccine, according to a report. While authorities haven’t named the suspect, records show that a licensed pharmacist,
Read More
More News & Articles