Opinion: Why teaching the horrors of the Holocaust is vital

Thursday is Yom HaShoah or Holocaust Remembrance Day -- a time when our country joins others around the world to commemorate and to mourn the 6 million Jews who were murdered in the Holocaust. Yet even as we seek to remember, the truth is that too many
Author:
Published: 2021-04-08 04:34 pm 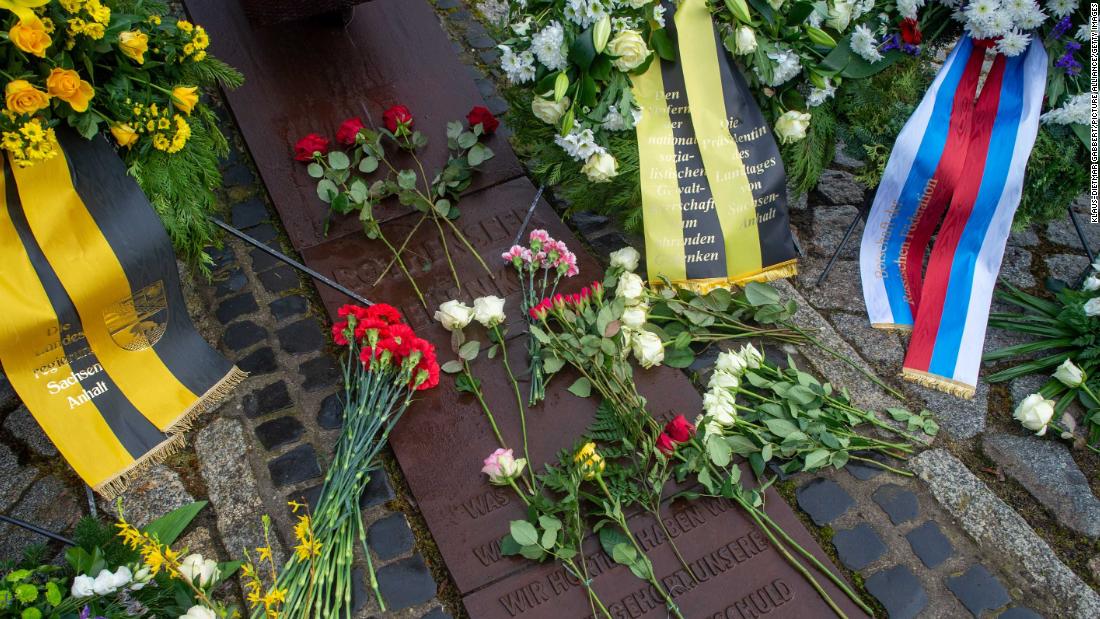 (CNN)Thursday is Yom HaShoah or Holocaust Remembrance Day -- a time when our country joins others around the world to commemorate and to mourn the 6 million Jews who were murdered in the Holocaust. Yet even as we seek to remember, the truth is that too many people across the United States don't know about or understand the horrors -- and the lasting legacies -- of genocides like the Holocaust.

That conclusion is borne out in data. A 2020 study by the Pew Research Center found that more than half of Americans don't know that 6 million Jews were killed in the Holocaust. About a third of Americans can't identify the decades when the Holocaust occurred. Those numbers are profoundly concerning. Not only does this trend ignore our responsibility to remaining survivors, but it also chips away at our ability to prevent the current of xenophobia and prejudice that led to the Holocaust in the first place.

In a recent survey conducted by the Anti-Defamation League (ADL), 63% of American Jews said they had experienced or witnessed anti-Semitism over the past five years. Fifty-nine percent felt that Jews were less safe in the United States today than they were a decade ago, and 49% were fearful of a violent attack at a synagogue.

We have an urgent obligation to address the lack of knowledge of the Holocaust -- and the ongoing problem of anti-Semitism. Seventeen states already require students in public schools to learn about the Holocaust. This curriculum offers young people more than simple awareness; it prompts them to consider the realities of such a devastating period in the context of their own social emotional learning. Through exposure to the horrors of this history, students can better shape their own identities in a period of their lives when moral understanding is most acutely developed. But in order to curb the existing patchwork of ignorance on the issue, these measures must be nationwide.

Of course, legislation is not and cannot be the simple solution. The truth is that education of ugly history isn't just about the information students learn, it's also about how they learn it, and what they choose to do with it beyond the classroom.

Through case studies of historical moments like the Holocaust, the organization I lead, Facing History and Ourselves, works with teachers to support the development of key competencies for students: critical thinking, moral reflection, social emotional learning, and civic education. Our approach helps students come to a deeper understanding of history and of human behavior, and recognize that history is made through decisions by individuals. In order for students to stand up to the forces of bigotry and prejudice, they need to understand how those forces came about and found purchase -- and feel empowered to make their own choices to create a more just society.

Unfortunately, the exploration of this very painful and challenging moment in history is as relevant now as ever. In March, a high school football coach was fired for instituting play calls named "Auschwitz" and "Rabbi" into the team's programing. This week, University of Connecticut students held a rally in response to a series of Anti-Semitic attacks on campus. These anti-Semitic incidents shocked their communities, but they also represent the dangerous reality of ignoring the work of Holocaust education. Without a change to our national and statewide policies, such events will not only occur with more frequency, but they will also be normalized by communities who lack the education to know better.

Murder probe launched after one killed in Birmingham stabbing

www.cnn.com - 7 months ago
A murder investigation has been launched after one man was killed and seven people were injured in stabbing incidents in Birmingham city center, England, in the early hours of Sunday morning.
Read More

Microsoft earns contract worth up to $21.9 billion to make AR devices for the US Army

www.cnn.com - 3 weeks ago
Microsoft has scored another major government contract, this time to produce augmented reality devices for the US Army.
Read More

'You've got to be kidding me': Baldwin reacts to Melania Trump's farewell video

www.cnn.com - 3 months ago
Melania Trump released a farewell video as she prepares to leave the White House, but the Trumps declined to invite the Bidens to the White House as has been done with past presidents. CNN's Kate Bennett reports.
Read More
More News & Articles