Kelly Clarkson has revealed she once pooped in a trash can midway through a live performance at an arena.
Author: The Sun
Published: 2021-04-09 02:30 pm 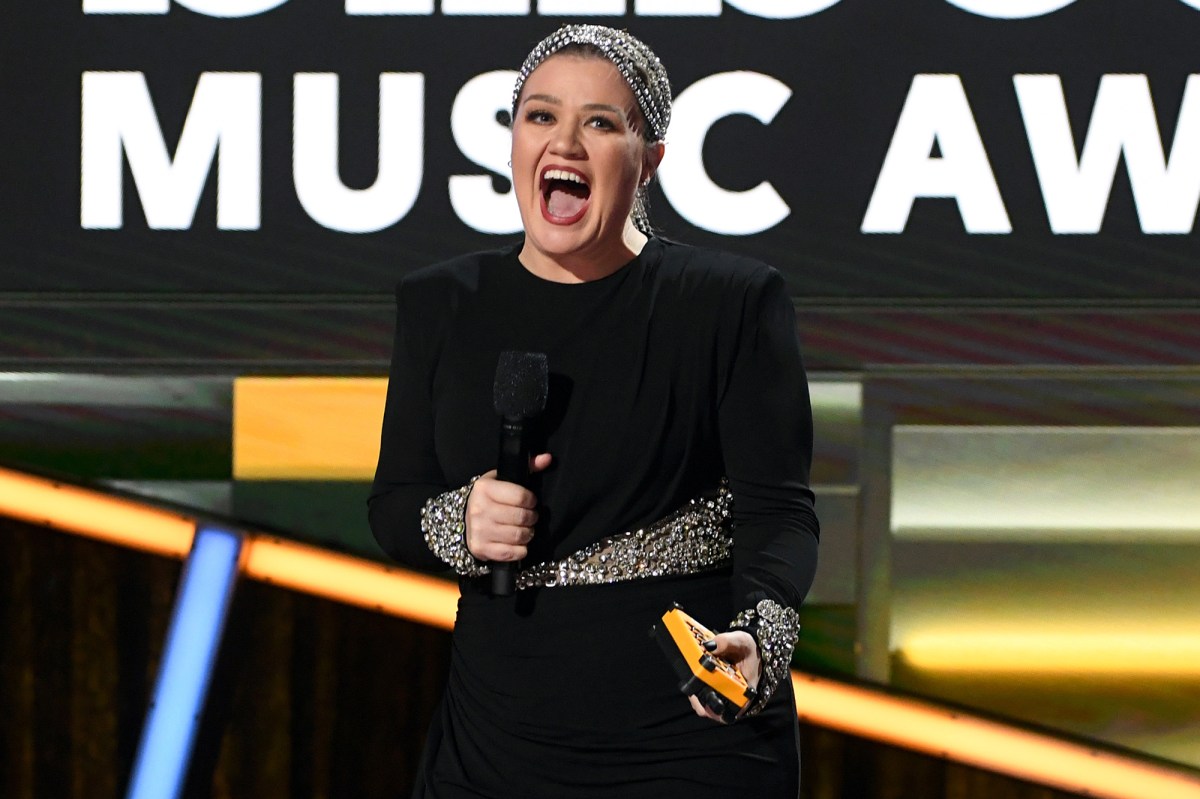 Kelly Clarkson has revealed she once pooped in a trash can midway through a live performance at an arena.

The singer, 38, admitted her stomach was “wrecked up” from a meal she’d had and she ended up running backstage to “destroy” the trash can.

The unfiltered musician recounted the wince-inducing tale while chatting to country music legend Clint Black on “The Kelly Clarkson Show” on Thursday.

During the chat, Clint discussed an upcoming episode of his own talk show “Talking In Circles,” in which Sarah Evans talked about peeing during a gig.

“How many of us haven’t peed on stage?” he asked.

Kelly – who earlier admitted that she puts people off by giving TMI [too much information] – jumped at the chance to share her own anecdote.

“Well, I’ll tell you right now, there was one time – it wasn’t pee, my friend,” the candid “Voice” judge said.

“I got some kind of wrecked up from some kind of food. We were in an arena – and I shouldn’t tell this story, but like I said, my man, I don’t have a filter.

“I had to run backstage to my quick-change. I grabbed this poor trash can, and boy, I destroyed it.It was bad. It was bad, Clint!

“And we might have to edit this out, but I’m just saying, it happens. What are you supposed to do?”

With a deadpan expression on his face, Clint closed his eyes and clenched his fist, telling Kelly: “I’m just trying to visualize – hang on.”

This isn’t the first time Kelly has opened up about her personal life on her talk show, from recalling embarrassing injuries to past meltdowns.

Back in December, the “American Idol” alum admitted she’d hurt her knee after “running in heels” and turning a corner.

A month earlier, the star recounted the time she kicked down a door while babysitting her ex’s children because she was “freaking out”.

She also once “blacked out” while on pain meds from dental surgery and bought “boxes and boxes of jewelry”.

The “Breakaway” hitmaker has been struggling in personal life, having filed for divorce from Brandon Blackstock after seven years of marriage last June, citing “irreconcilable differences.”

The two were embroiled in a nasty battle over custody of their two children – River Rose, six, and Remington, four – as well as spousal support.

The “Because Of You” singer has described how “horrible” her divorce has been in interviews and on her show.

Sources claimed Kelly has been “sobbing uncontrollably” over their split and feels “so alone.”

An insider told OK! : “She’s not in the best place emotionally… One day, she just started crying uncontrollably. She felt so lost, so alone. That’s when she knew she’d hit rock bottom.”

She recently won primary custody of their two kids.

Brandon’s father, Narvel Blackstock, and his company, Starstruck Management, have claimed Kelly owe them $1.4 million from her earnings on “The Voice.”

The vocalist refuted the allegation, countering that Brandon and his father were a “fraudulent and subterfuge device” used to perform “illegal services” as managers and accused them of “defrauding her out of millions.”

Brandon denied Kelly’s claims in court documents filed in November, alleging that he doesn’t owe her anything.

www.thesun.co.uk - 1 year ago
An unprecedented ‘mega-tsunami’ could be caused by a melting Alaska glacier, scientists have warned. The concerned experts claim the catastrophic event could even happen within the next 12 months if melting ice triggers a landslide of unstable rocks. If
Read More

Mike Tyson podcast descends into chaos: ‘I would’ve killed him’

www.thesun.co.uk - 1 year ago
Mike Tyson’s podcast with Ryan Garcia descended into chaos after he FaceTimed Gervonta Davis live on the show — prompting a war of words. Garcia, who recently knocked out Britain’s Luke Campbell but only after being floored, joined Iron Mike’s “Hotboxin”
Read More

Inside the 10 biggest superyachts in the world with saunas, beach clubs & more

www.thesun.co.uk - 2 months ago
When you picture beach clubs, helipads, gyms and cinemas, do you picture them on land or floating in the middle of the ocean? The 10 biggest superyachts in the world feature all those -- and more.
Read More