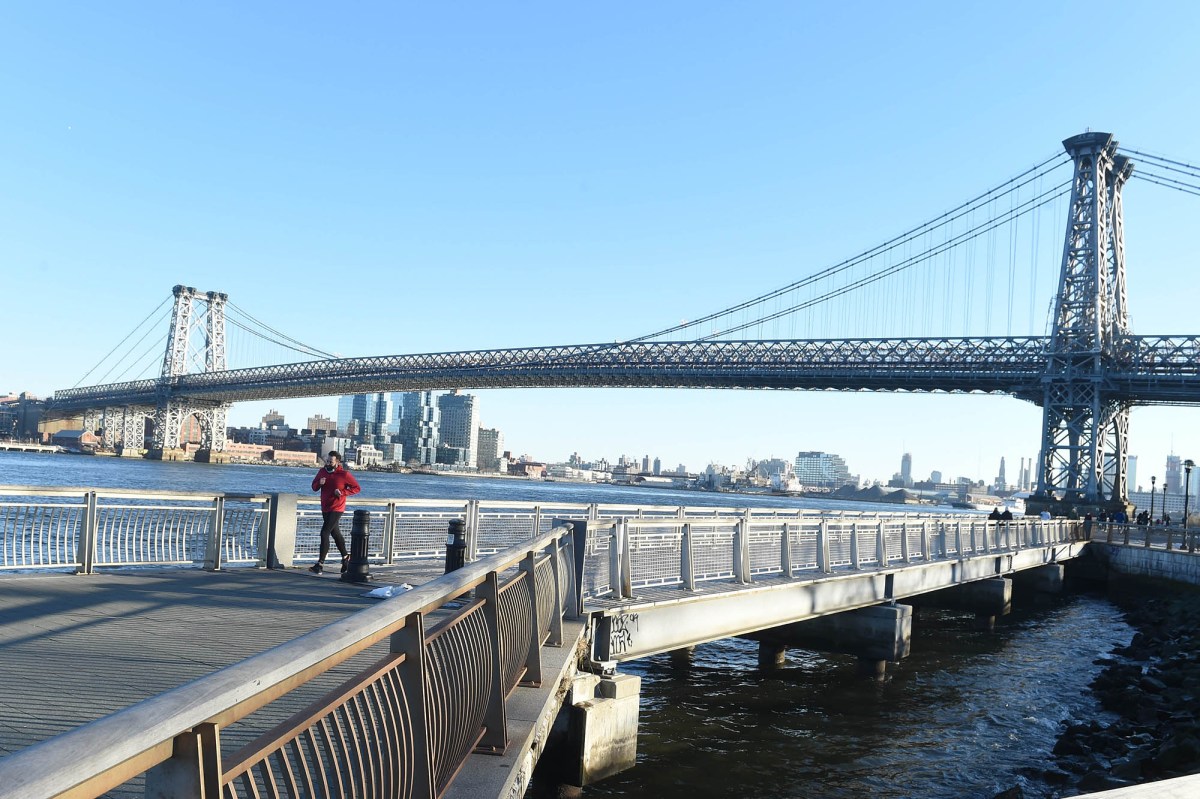 Environmental activists are suing Mayor de Blasio and the city for allegedly withholding vital information on the $1 billion East Side Coastal Resiliency project.

The lawsuit from the group East River Park Action accuses the city of “concealing basic and fundamental information” in a report explaining its budgetary and policy decisions on the project. They’re demanding the redacted sections of the Value Engineering Study for the project be made public.

East River Park Action, which opposes the city’s plan to bury East River Park eight to 10 feet of fill and then rebuild it as a flood protection measure, submitted a Freedom of Information Law request for the study. In February, the city finally made public the report — which it first claimed did not exist — on the East River Park reconstruction plan, but redacted dozens of pages of key details.

Among the missing information was who worked on the “value engineering study” and a list of advantages and disadvantages of alternative construction plans.

East River Park Action filed the lawsuit “to learn how and why the city decided to radically change the plan for flood protection for the Lower East Side and East Village. How did they come up with the most expensive, massive construction project possible that completely destroys a much-used urban oasis for a low-and-middle income neighborhood without consultation with anyone in the community?” said spokesman Pat Arnow.

“We seek alternatives that will preserve much of our East River Park and provide flood protection. Some of those alternatives are outlined in the unredacted sections of the study. Now we need to see all of the report,” Arnow added.

Lawyers for the city did not immediately respond to emails.

nypost.com - 5 months ago
The former commander in chief lived in the three-bedroom, two-bathroom apartment at 622 West 114th St. while studying political science at Columbia in the 1980s.
Read More

nypost.com - 3 months ago
Friday night’s car crash in Kansas City was not the first time the son of Chiefs head coach Andy Reid has faced issues off the field. Britt Reid — the linebackers coach for the Chiefs — is under investigation for driving impaired after he was involved in
Read More

nypost.com - 3 months ago
BRUSSELS — The European Union on Tuesday called on U.S. President Joe Biden to help draw up a common rule book to rein in the power of big tech companies like Facebook and Twitter and combat the spread of fake news that is eating away at Western
Read More

nypost.com - 7 months ago
Hunter Biden received a $3.5 million wire transfer from Elena Baturina, the richest woman in Russia and the widow of Yury Luzhkov, the former mayor of Moscow, Senate Republicans revealed in their report on the younger Biden’s work in Ukraine. Baturina is
Read More
More News & Articles