Opinion: What's really behind the GOP's attacks on transgender athletes

You've surely read about girls' sports recently. State legislators across the country have introduced dozens of bills that would bar transgender girls from competing in girls' sports, based on the misguided concern that their participation would somehow
Author:
Published: 2021-04-10 06:50 pm 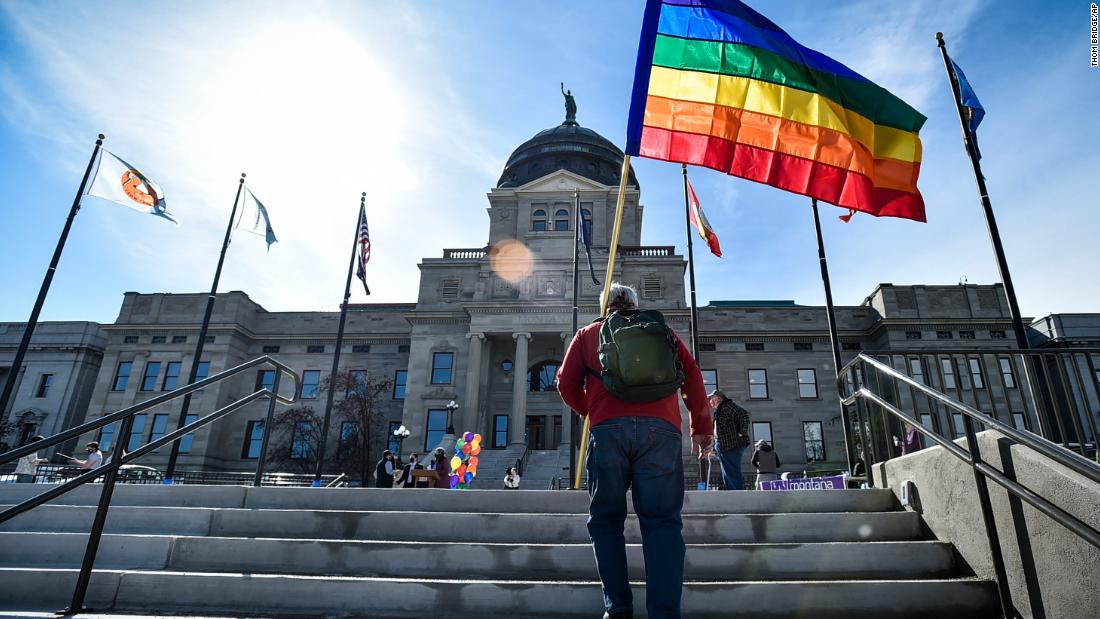 (CNN)You've surely read about girls' sports recently. State legislators across the country have introduced dozens of bills that would bar transgender girls from competing in girls' sports, based on the misguided concern that their participation would somehow hurt their cisgender teammates and competitors.

It is a claim so absurd that you almost laugh at first. The examples of this happening are essentially zero. School districts, colleges and the NCAA have protocols in place to ensure fair treatment for kids of all genders and gender identities. One of the plaintiffs who recently filed a lawsuit in Connecticut alleging that transgender girls have an advantage over cisgender girls went on to defeat one of the trans athletes targeted in the lawsuit just days after it was filed.

But as you shake your head at the GOP's craven ploy, I'd urge you to also stop and remember your own teenage years; how critical sports or other extra-curriculars were to your sense of belonging and self, the development of your confidence, your friendships and support structures -- all things our country still systemically denies transgender Americans to a sickening degree. In that light, you realize that this effort is not ludicrous but deeply intentional, from a Republican Party that sees political gain in the further exploitation of marginalized people.

This week that effort found a new and ugly front, as Arkansas became the first state in the nation to ban transgender kids from receiving gender-affirming health care. Twenty other states have similar efforts under way. In North Carolina, a particularly pernicious bill that was just introduced would ban gender-affirming treatment for anyone up to the age of 21 -- and require public employees, including public school teachers or counselors, to notify a parent "in writing" if the child displays any signs of gender nonconformity.

All of which indicates that, rather than seeing the end of Donald Trump's presidency as a chance to move on from a hateful anti-equality agenda, the GOP is doubling down, continuing the dramatic descent of a party struggling for definition. Adrift from their traditional foundations -- open markets, limited spending, small government -- they have found a powerful new organizing principle: victimhood.

They routinely warp the power dynamics of some of society's most crushing injustices, attempting to convince voters that victims of discrimination, oppression and hate are in fact perpetrators of some larger wrong against everyone else.

The terrified 5-year-old ripped from his mother's arms at our southern border. The young Black men and women who fear for their lives walking down the street. The trans kids forced to be brave every day in ways most of us cannot begin to fathom. No, the GOP seems to insist, these are not the obvious casualties of American injustice -- they are instead powerful perpetrators who pose a threat against the rest of us, our values, our "way of life."

Inverting the victim is an anti-civil rights tactic as old as the day is long. Our hearts should go not to the family denied service at the lunch counter but the restaurant forced to serve them. Not to the Black children that bravely marched into desegregated schools with rocks thrown at their backs but to the White children who had to receive them. Not to the LGBT couple denied a wedding cake or the female employee denied birth control but to the institutions asked to provide them.

And the gutting thing is that Republicans have been doing this so incessantly, so strategically and so consistently for decades. Too many people with privilege that marginalized communities will never know believe that they are the ones under attack. So they fight with the desperation of someone whose back is against wall, paying little attention to who is really in peril -- even when it is a child.

After many years of working on transgender rights in Congress, it is the stories of trans kids and their families that I carry closest to this day.

The transgender daughter of a member of our military denied basic medical treatment while her family was stationed on a base overseas. The young trans college student who used to go without drinking or eating before driving home on school breaks so they wouldn't have to stop and use a restroom along the way. The mother of a trans child who had to keep a file of affidavits at the ready to respond to inevitable claims that she was "abusing" her child by letting him be his authentic self.

I think of them when I hear media and pundits call this latest effort the GOP's new "culture war." They should stop using that phrase, which works to silo and diminish the severity of what is happening. Equal justice and human rights are not a matter of culture but of law. This is a civil rights war. And America has lost a lot of those, spending generations repairing what we broke. Let's not make that mistake again.

A boiling summer is now a scorching fall in the West

www.cnn.com - 7 months ago
Scorching. Blistering. Burning. There are only so many ways to describe how hot it's been in the West this year.
Read More

Covid-19 is out of control in Brazil. So why are some officials easing restrictive measures?

www.cnn.com - 4 weeks ago
Last week, Brazil saw its deadliest day since the start of the pandemic, with 4,195 people killed in just 24 hours. The state of Sao Paulo and the city of Rio de Janeiro rank among the worst in the country for Covid-19 deaths. Yet both plan to ease
Read More

This is what Burger King's experimental new packaging looks like

www.cnn.com - 5 days ago
Burger King is giving its most-used items, like utensils, straws and wrappers, an environmentally friendly makeover as part of the company's continued push to reduce waste.
Read More

www.cnn.com - 4 months ago
One of Italy's largest-ever mafia trials kicked off on Wednesday, with more than 320 suspected mobsters and their associates facing an array of charges, including extortion, drug trafficking and theft.
Read More
More News & Articles