ST. PETERSBURG, Fla. — Clarke Schmidt’s elbow injury hasn’t gone away and now the right-hander is seeking a second opinion on the common extensor tendon strain he suffered in February, which was likened to tennis elbow at the time. The injury is on the
Author: Dan Martin
Published: 2021-04-11 01:57 pm 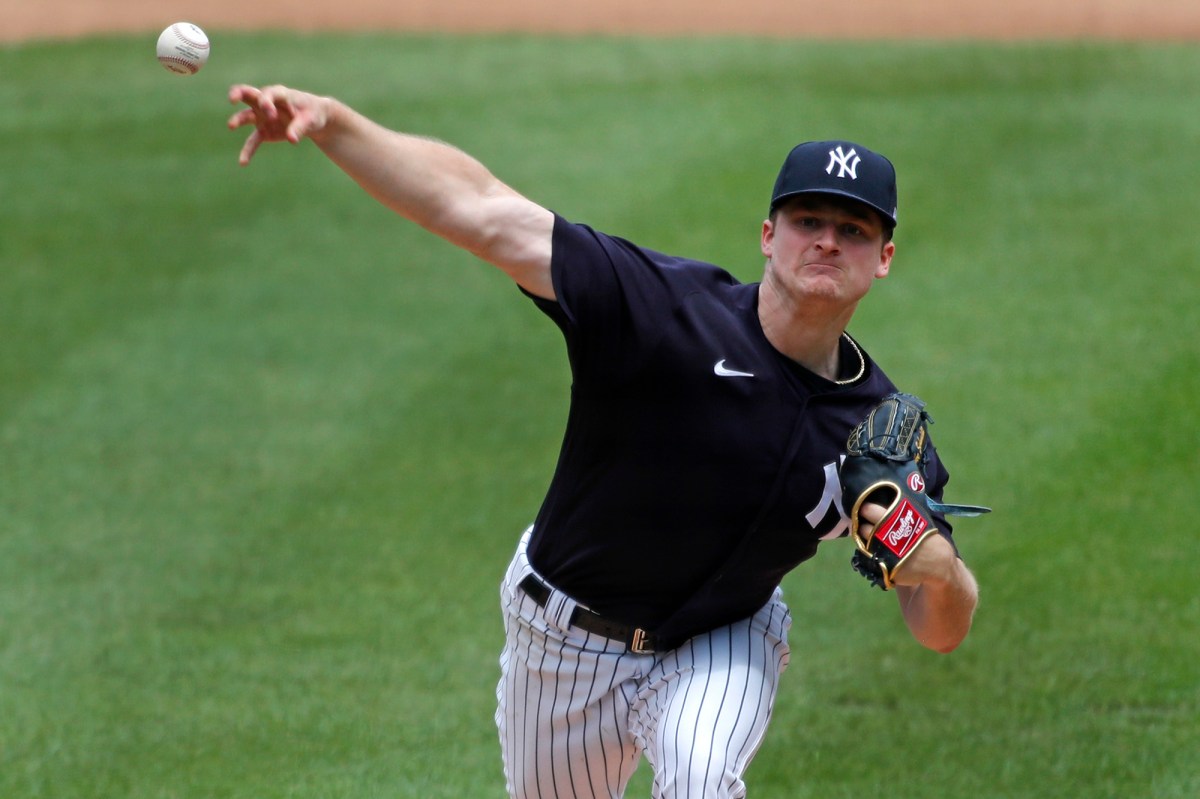 ST. PETERSBURG, Fla. — Clarke Schmidt’s elbow injury hasn’t gone away and now the right-hander is seeking a second opinion on the common extensor tendon strain he suffered in February, which was likened to tennis elbow at the time.

The injury is on the opposite side of the UCL, so it’s thought to be unrelated to the 25-year-old’s Tommy John surgery and Aaron Boone still doesn’t believe surgery is an option or that Schmidt’s season is in jeopardy.

Still, Boone acknowledged “it’s at least concerning enough that we expected him to start a throwing program several weeks ago.”

At the time, the Yankees were confident the injury could be treated with rest.

As for the rest of the rotation, Boone said Domingo German would “probably” get his spot back in the rotation when he’s eligible to return from the alternate site after being optioned after his start on Saturday.

“I would expect when his 10 days are up, he’ll probably be inserted back into the middle of the rotation,’’ Boone said. “That’s the expectation right now. Truly, nothing has changed about where I view Domingo right now. I think he’s throwing the ball well and I think he’ll have a really strong season for us.”

Deivi Garcia remains at the alternate site in Scranton and Boone said he’s been throwing well and is “very much in the mix if we decide to go to a sixth starter.”

When that will be remains to be seen, since the Yankees have off days coming up on Thursday and the following Monday.

Boone added that the move to option German and recall Albert Abreu — who was with the team on the taxi squad — from the alternate site was made primarily because they needed an extra arm on the staff following short outings from German and Corey Kluber, which stressed the bullpen.

Clint Frazier wasn’t in the lineup for a second straight day against a right-hander, but Boone said he would still play regularly — despite being hitless in his last 13 at-bats.

The manager said he wanted to balance the lineup with lefties, which is why both Brett Gardner and Aaron Hicks were in the outfield, along with Aaron Judge.

But Frazier would be back in the outfield for the upcoming series against Toronto, when Boone said he expects the Blue Jays to start “a couple lefties.”

“Frazier will be right back in there and playing regularly,” Boone said. “I touched base with him. Nothing has changed in my expectations for him and the year I know he’s gonna have.”

Zack Britton (elbow surgery) began his throwing program last week and Boone said since the left-hander is on the 60-day IL, they can afford to build him up “conservatively” and he would “hopefully” be back at the end of May… Luis Severino continues to progress in his rehab from Tommy John, throwing fastballs and sliders in his bullpens.

Miguel Andujar, out with right wrist carpal tunnel syndrome, has been hitting off a tee and if he doesn’t suffer any setbacks, could begin taking batting practice in the cage “in another week,’’ according to Boone.

“He’s coming out of the woods,’’ Boone said.

Luke Voit is approaching two weeks since undergoing surgery to repair a partially torn meniscus in his left knee and he is still a week away from resuming baseball activities.

Gerrit Cole doesn’t foresee any issues playing in a Class-A ballpark when he faces the Blue Jays Monday at TD Ballpark in Dunedin, Fla., where Toronto is playing its home games at least until next month due to Canada’s COVID restrictions.

Cole said he didn’t think he’d need to do any extra preparation.

“My only thought would be the heavy rain [Saturday] and [Sunday],” Cole said. “Hopefully it drains well… My office [the mound] is covered.”

nypost.com - 4 months ago
Kenosha gunman Kyle Rittenhouse pleaded not guilty to murder and attempted murder charges at his arraignment on Tuesday. Rittenhouse, now 18, entered the plea during a short hearing in the Wisconsin city, more than four months after he shot and killed two
Read More

nypost.com - 7 months ago
For the Rangers, signing 2020 first-overall pick Alexis Lafreniere to his entry-level contract was “a really easy process,” according to general manager Jeff Gorton. The team announced Monday that Lafreniere signed a maximum three-year, entry-level deal
Read More

Price of The Weeknd’s California mansion slashed by $3M

nypost.com - 5 months ago
The asking price for The Weeknd’s California mansion has been slashed by $3 million. The “Blinding Lights” singer originally listed his 12,500-square-foot Hidden Hills estate at nearly $25 million in June, but hasn’t had any luck closing the deal. Now, th
Read More

nypost.com - 4 months ago
Matt James and Tyler Cameron have the ultimate Manhattan “Bachelor” pad. The Bachelor Nation heartthrobs are roommates in a ritzy apartment at One Manhattan Square on the Lower East Side, a source exclusively told Page Six. We’re told their two-bedroom,
Read More
More News & Articles