It appears travelers are once again eager to take a cruise — and investors may be ready to hop aboard with them.
Author:
Published: 2021-04-11 02:43 pm 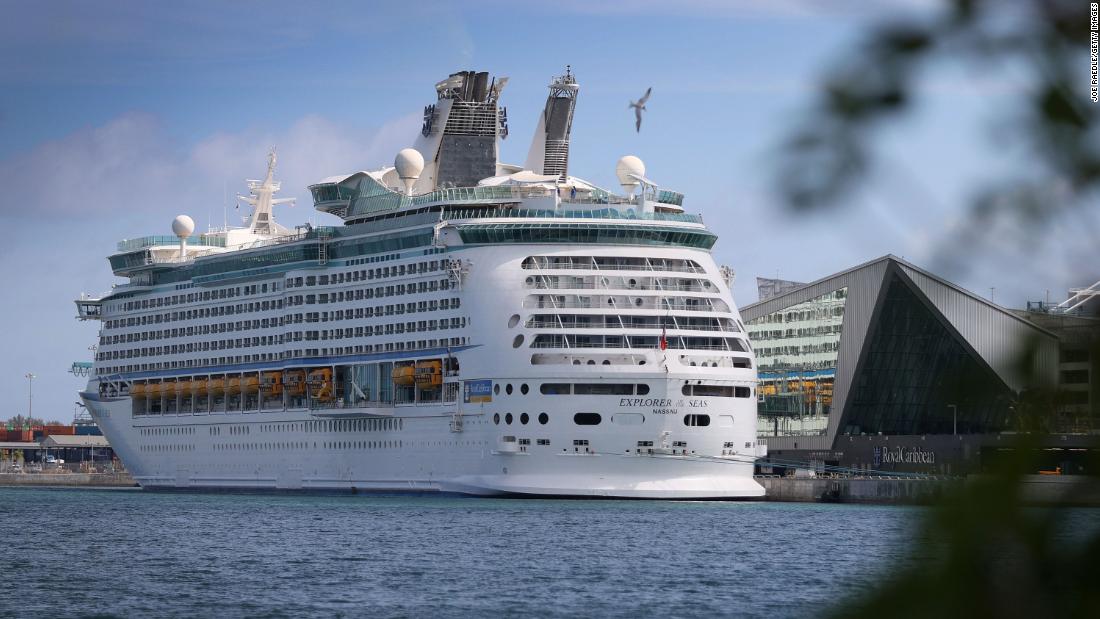 New York (CNN Business)It appears travelers are once again eager to take a cruise — and investors may be ready to hop aboard with them.

Even though the Centers for Disease Control has yet to give a firm date for when it will allow ships to dock at US ports, industry leader Carnival Corp (CCL) reported last week that passenger bookings nearly doubled in the three-month period ending in February.

The news helped prompt Credit Suisse to raise its recommendation on the shares to "overweight," or buy, from its previous neutral rating and to increase its 12-month target price to $40 a share, a 66% uptick from the prior target. The bank said it could see the price go as high as $50 a share if things go well.

Norwegian Cruise Line Holdings (NCLH) — which despite its name is a US company— announced plans to resume domestic cruises on July 4, with the requirement that all passengers and crew are vaccinated for Covid-19. The company is still awaiting the CDC's approval of those plans.

Carnival and Norwegian shares gained 9% and 10%, respectively last week. Royal Caribbean Cruises (RCL), the No. 2 US cruise line based on pre-pandemic passenger revenue, was up nearly 4%. And all three have done very well year-to-date, with Norwegian and Royal Caribbean rising 20% and Carnival up 35%.

But even with those gains, share prices are still far below early 2020 levels. Stocks started to decline on February 1 last year when Carnival confirmed that a passenger aboard its Diamond Princess ocean liner had tested positive for Covid.

Current share prices for all three companies are up more than 260% from early April of last year — but are still down between 33% to 50% from those pre-pandemic highs.

Other market analysts also say the outlook for the battered industry is fairly strong, despite the continued reluctance by the CDC to greenlight US cruises.

Ten other countries around the globe are already allowing cruises, and some 400,000 passengers have taken trips in the past eight months. Other countries are set to open their ports as well.

But the United States is by far the largest market, with about half of the global cruises based here, according to Jaime Katz, who follows the industry for Morningstar.

Katz believes that the CDC will allow ships to start calling on US ports later this summer and no later than the fall.

"Our thinking is this isn't something on the top of the CDC to do list," she said. "It's priority has been getting case counts down, which it should be."

The threat to shift cruises away from US ports

But there is a risk that if the CDC doesn't act, cruise lines could simply have the ships sail from ports in the Caribbean.

That puts pressure on the CDC to allow US cruises. Having passengers fly to and from the Caribbean rather than leave and return to US ports eliminates any health benefits that might come from not allowing US-based sailings, Katz said.

The ship lines won't speak directly about their plans, but Carnival CEO Arnold Donald told investors last week that although the company would prefer to depart from its 14 US ports, "if we're unable to sail, then obviously we will consider home porting elsewhere."

The state of Florida filed a federal lawsuit against the CDC and the federal government to get permission for US cruises.

"Cruises are a vital part of Florida's tourism industry—employing thousands and boosting our state's economy. Every day the federal government unfairly keeps this economic giant docked, our economy suffers," said Florida Attorney General Ashley Moody, adding that the industry is being singled out on the basis of outdated data. "Our litigation seeks to end this federal overreach and allow Floridians to safely get back to work and travel."

White House Press Jen Psaki said she couldn't comment on the suit itself, but said "the CDC guidance is based on data and health and medical guidelines, hence that's why they put it out and why they regularly update it."

The CDC issued guidance on April 2 that it expects to allow a resumption of sailings and that it "recommends" rather than requires vaccinations for all aboard a ship. The agency also said it wanted to see "simulated (trial) voyages that will allow crew and port personnel to practice new Covid-19 operational procedures with volunteers before sailing with passengers."

But the CDC did not give a date by which it plans to allow US sailings for the first time since March of 2020 and the industry has stepped up its criticism of the restrictions recently.

The group said the health agency is demanding a zero-risk approach for cruises, rather than calling for efforts to mitigate the pandemic, which it said is the CDC's guideline for "every other US sector of our society."

But even if the CDC allows sailings in early summer, it will still be far from a normal travel season, Katz said.

"The important thing to remember, very little capacity will comes on at first. You're not going to have 100 ships deployed right away. And those that sail will be about 50% of capacity," she said. "It'll take 60-90 days to restaff the fleet. They don't think people are going to come back in a week."

That makes the issue of the exact date of US sailings somewhat less important, as the revenue flow from this summer was never going to be substantial. The real key is to have the industry back to full strength by the end of this year and early 2022.

Whenever the cruise lines do set sail, they will be doing so with far more debt — more than double what they had on the books at the start of 2020. All of the companies borrowed massive amounts of cash to ride out the prolonged shutdown.

But they've also made other cuts, including selling off less profitable ships, which should make them even more profitable going forward. That reduced capacity could also increase prices for those who plan to sail again.

Overall, the recovery in the cruise industry could come quicker than for airlines, which depend much more on business travel, rather than just leisure customers, for much of their profitability.

"They should come out of this with better profitability than they had before," Katz said of the cruise lines. "They've gotten rid of ships that underperformed."

She's the first female tour guide in Afghanistan, but she's determined not to be the last

www.cnn.com - 2 months ago
For many people who work as tour guides, showing people around a new city involves a little bit of getting off the beaten track. But when there is no track at all, you just have to blaze one yourself.
Read More

How do you talk to your kids about the election?

www.cnn.com - 4 years ago
One of the many unprecedented aspects of this presidential campaign was how it became a topic of discussion for families across the country.
Read More