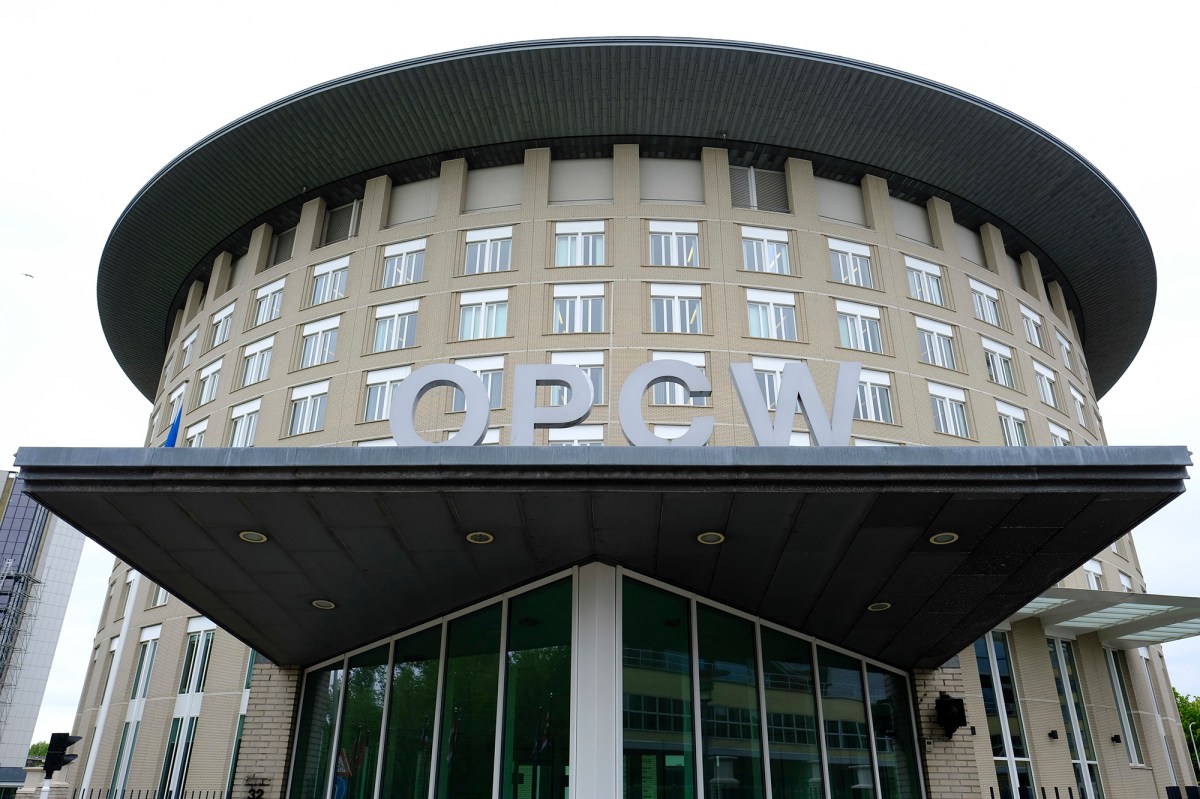 THE HAGUE, Netherlands — An investigation by the global chemical weapons watchdog found “reasonable grounds to believe” that a Syrian air force military helicopter dropped a chlorine cylinder on a Syrian town in 2018, sickening 12 people, the Organization for the Prohibition of Chemical Weapons said Monday.

It is the second time that the OPCW’s Investigation and Identification Team has concluded that Syrian government armed forces likely were responsible for a gas attack. Last year, the team also found reasonable grounds to believe that the Syrian Arab Air Force was responsible for attacks using chlorine and the nerve agent sarin in March 2017 in the town of Latamneh.

Syria has repeatedly been accused of using chemical weapons during the country’s grinding civil war. The government of President Bashar Assad denies the claims.

In the latest report, the OPCW investigation team said it found evidence that a military helicopter belonging to the Tiger Forces of the Syrian air force dropped at least one chlorine cylinder on the rebel-held northern Syrian town of Saraqeb on Feb. 4, 2018.

“The cylinder ruptured and released chlorine over a large area, affecting 12 named individuals,” the watchdog said in a statement. Those affected all survived, the report said.

As part of the investigation, experts interviewed witnesses, analyzed samples and remnants collected from the town as well reviewing symptoms reported by casualties and studying satellite imagery and modeling gas dispersion patterns.

The European Union’s foreign policy chief, Josep Borrell, condemned the use of chemical weapons by Syria and said those responsible must be held accountable.

“It is now up to the International Community to duly consider the reports and take appropriate action,” Borrell said in a statement.

The investigative team was established after Russia blocked the extension of a joint investigation mechanism set up by the U.N. and OPCW in 2015. That team accused Syria of using chlorine in at least two attacks in 2014 and 2015 and of unleashing sarin in an aerial attack on Khan Sheikhoun in April 2017 that killed about 100 people.

nypost.com - 8 months ago
The Jets offense could get even worse. It will likely be without one of its top playmakers, Le’Veon Bell, on Sunday against the 49ers. Bell suffered a hamstring injury in Sunday’s ugly loss to the Bills and coach Adam Gase said it could be a couple of
Read More

nypost.com - 3 months ago
Another Democrat in office, another plan to close Guantanamo. President Biden is reviewing the state of the US military prison at Guantanamo Bay, Cuba, with the hope of shutting down the notorious lockup housing about 40 suspected terrorists, including
Read More

nypost.com - 1 month ago
"There are even more twists and turns than you think there will be -- and I'm still shocked by the end of this season," said "Big Sky" star Jesse James Keitel.
Read More

nypost.com - 5 months ago
A self-obsessed mom in the UK is making Christmas jingle hell this year by blowing $10,000 on herself — and refusing to spend a single penny on her two children. Carla Bellucci, 38, boasted about plundering a stocking full of cash on new veneers, Botox,
Read More
More News & Articles