Hundreds of corporations, including Starbucks, Amazon, and Netflix, have signed a letter signaling their opposition to election integrity efforts in numerous states, promising to oppose any related legislation they deem "discriminatory."
Author: Hannah Bleau
Published: 2021-04-14 12:08 pm 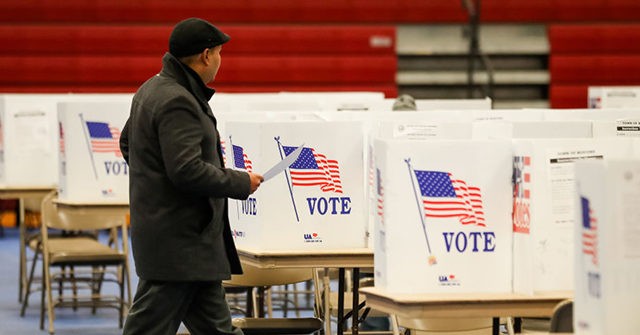 Hundreds of corporations, including Starbucks, Amazon, and Netflix, have signed a letter signaling their opposition to election integrity efforts in numerous states, promising to oppose any related legislation they deem “discriminatory.”

The effort, led by former American Express chief executive Kenneth Chenault and Merck chief executive Kenneth Frazier, both of whom recently led a group of black business leaders urging corporations to take a stand against election integrity efforts, has corporations vowing to stand against “any discriminatory legislation,” representing what the New York Times deemed “the broadest coalition yet to weigh in on the issue.”

“We stand for democracy,” the statement reads. “A beautifully American idea, but a reality denied to many for much of this nation’s history. As Americans, we know that in our democracy we should not expect to agree on everything”:

However, regardless of our political affiliations, we believe the very foundation of our electoral process rests upon the ability of each of us to cast our ballots for the candidates of our choice. For American democracy to work for any of us, we must ensure the right to vote for all of us. We all should feel a responsibility to defend the right to vote and to oppose any discriminatory legislation or measures that restrict or prevent any eligible voter from having an equal and fair opportunity to cast a ballot.

“Voting is the lifeblood of our democracy,” the statement continues, calling on Americans to take a “nonpartisan stand for this most basic and fundamental right of all Americans.”

Some, such as Coca-Cola and Delta, which spoke out after Georgia passed its election integrity law, did not add their names to the list, nor did Home Depot, as the Times reported:

Coca-Cola and Delta, which condemned the Georgia law after it was passed, declined to add their names, according to people familiar with the matter. Home Depot also declined, even though its co-founder Arthur Blank said in a call with other business executives on Saturday that he supported voting rights. Another Home Depot co-founder, Ken Langone, is a vocal supporter of Mr. Trump.

Coca-Cola and Delta declined to comment. Home Depot said in a statement on Tuesday that “the most appropriate approach for us to take is to continue to underscore our belief that all elections should be accessible, fair and secure.”

JPMorgan Chase also declined to sign the statement despite a personal request from senior Black business leaders to the chief executive, Jamie Dimon, according to people briefed on the matter. Mr. Dimon has publicly declared that he supports Black Lives Matter and made a statement on voting rights before many other companies, saying, “We believe voting must be accessible and equitable.”

“It should be clear that there is overwhelming support in corporate America for the principle of voting rights,” Chenault said.

While the statement does not list specific state election efforts, it follows the debate over Georgia’s recently signed election integrity law, which the left has inundated with misinformation, including the false claims it eliminates “Souls to the Polls,” thereby suppressing minority votes. In reality, the law expands ballot access in several ways, including by increasing the mandatory days for early weekend voting.

“The nuts and bolts of [the law] are this, it makes it easy to vote and hard to cheat,” Georgia Gov. Brian Kemp (R) said during a March appearance on Breitbart News Daily:

The biggest — probably the top four things to me — is it replaces a signature match with a voter ID on absentee ballots. It secures ballot drop boxes around the clock It also requires poll workers to continue tabulating ballots until all votes are counted and then it actually — contrary to what the national media and those that are profiting off of this whole exercise of not being truthful with people — expands voting access, especially on the weekends.

www.breitbart.com - 2 months ago
A number of Senate Republicans are lining up to oppose two pieces of immigration legislation, both passed by House Democrats and a handful of House Republicans, that would provide amnesty to millions of illegal aliens living in the United States.
Read More

www.breitbart.com - 3 weeks ago
On behalf of the Kobe Bryant estate, the player's widow, Vanessa, has decided not to renew the endorsement deal with sportswear giant Nike.
Read More
More News & Articles