The filmmaker in possession of US Navy footage showing pyramid-shaped UFO’s flying off the coast of California believes the footage is potentially the best the world has ever seen. The Pentagon has confirmed that the 18-second video of three UFO’s hoverin
Author: Jesse O’Neill
Published: 2021-04-15 06:47 pm 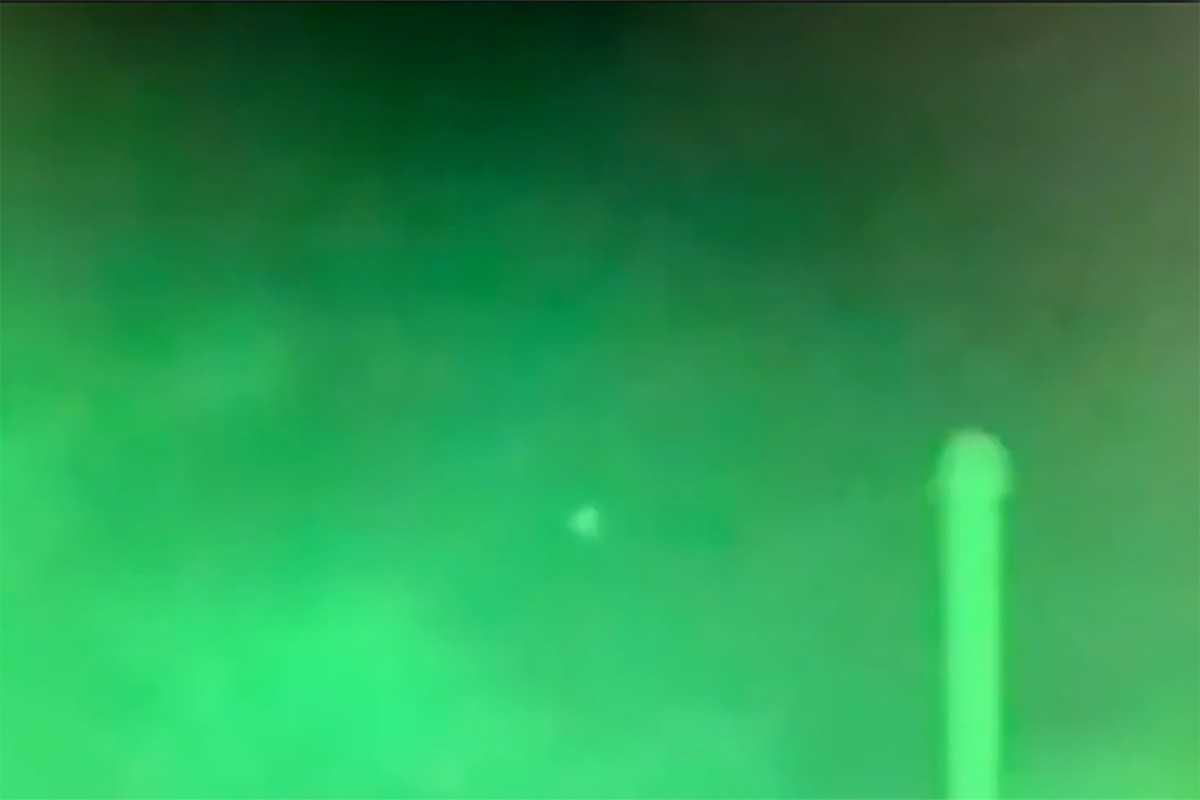 The filmmaker in possession of US Navy footage showing pyramid-shaped UFO’s flying off the coast of California believes the footage is potentially the best the world has ever seen.

The Pentagon has confirmed that the 18-second video of three UFO’s hovering over the USS Russell in July of 2019 is authentic.

It’s the first footage the public has seen of the unmanned aerial vehicles that reportedly harassed at least three warships during military drills over multiple days two years ago. At one point, the UFO’s matched the speed and bearing of one destroyer for 90 minutes off the coast of San Diego, according to the ships’ logs.

The green-tinged video, which is now public, was reportedly gathered by the Pentagon’s Unidentified Aerial Phenomena Task Force and leaked to filmmaker Jeremy Corbell, who made the documentary “Bob Lazar: Area 51 & Flying Saucers.”

“This is explosive information,” Corbell told Fox News. “This is probably the best UFO military-filmed footage certainly that I’ve ever seen, but I think also that the world has ever seen.”

Corbell is also in possession of three photos from a Navy ship that show a “spherical” UFO descending into the sea and disappearing without a trace, he reportedly said.

“This is an extraordinary piece of technology,” Corbell told Fox. “We need to find out the intent of the operators of these vehicles.”

The UAPTF, which was formed in 2020 to improve the US’s “understanding of, and gain insight into, the nature and origins UAPs” particularly those “incursions by unauthorized aircraft into our training ranges or designated airspace,” is now reportedly investigating the incidents.

Corbell said the fact that the government has classified the UFO’s as unidentified aerial phenomena means officials have decided they are not balloons or drones, according to the report.

“These craft are not pushing something out the back to go forward,” Corbell explained to Fox. “They are gravitationally propelled craft that are transmedium — that can go from space to air to sea without destruction.”

The Pentagon’s new acknowledgement of the mysterious vehicles is exciting to experts and enthusiasts looking for more transparency on the topic.

A bill signed by former President Trump in December gave intelligence officials 180 days to submit a mandated report detailing everything the government knows about UFO’s.

The June report will show, “frankly, there are lot more sightings than have been made public … things that we are observing that are difficult to explain,” former intelligence director John Ratcliffe told Fox News.

“We are talking about objects that have been seen by Navy and Air Force pilots or have been picked up by satellite imagery that frankly engage in actions that are difficult to explain,” Ratcliffe told the outlet.

“Movements that are hard to replicate, that we don’t have the technology for or traveling at speeds that exceed the sound barrier without a sonic boom.”

There were 7,263 UFO sightings in the US last year compared to 5,796 the year before, according to The National UFO Reporting Center.

“Generally, we are getting more of what appear to be legitimate sightings of actual UFO’s then was the case even a few years ago,” Peter Davenport, director of the UFO reporting center, told Fox.

nypost.com - 2 months ago
In the statement, released Monday by Sanders' campaign as well as on Pence's Twitter account, the former vice president praised his ex-colleague for her conservative, Christian background.
Read More

nypost.com - 1 month ago
Budding Hollywood moguls Prince Harry and Megan Markle are making their debut on Netflix -- this time, behind the camera
Read More

nypost.com - 7 months ago
Dozens of noisy protesters gathered outside the Brooklyn home of an Orthodox journalist on Sunday night in reaction to the arrest of activist Heshy Tischler for allegedly inciting an unruly mob to attack him. “No Heshy, no peace,” the protesters chanted a
Read More

How Mets are taking their prolonged Opening Day wait

nypost.com - 1 month ago
WASHINGTON — By the time the Mets depart the nation’s capital Sunday night, they will have spent six days in this city without playing a game. Such was the reality Friday after MLB, citing the need for follow-up testing and contact tracing, postponed the
Read More
More News & Articles