The claws are coming out in the battle for reign as the superior summertime suds.
Author: Asia Grace
Published: 2021-04-15 06:57 pm 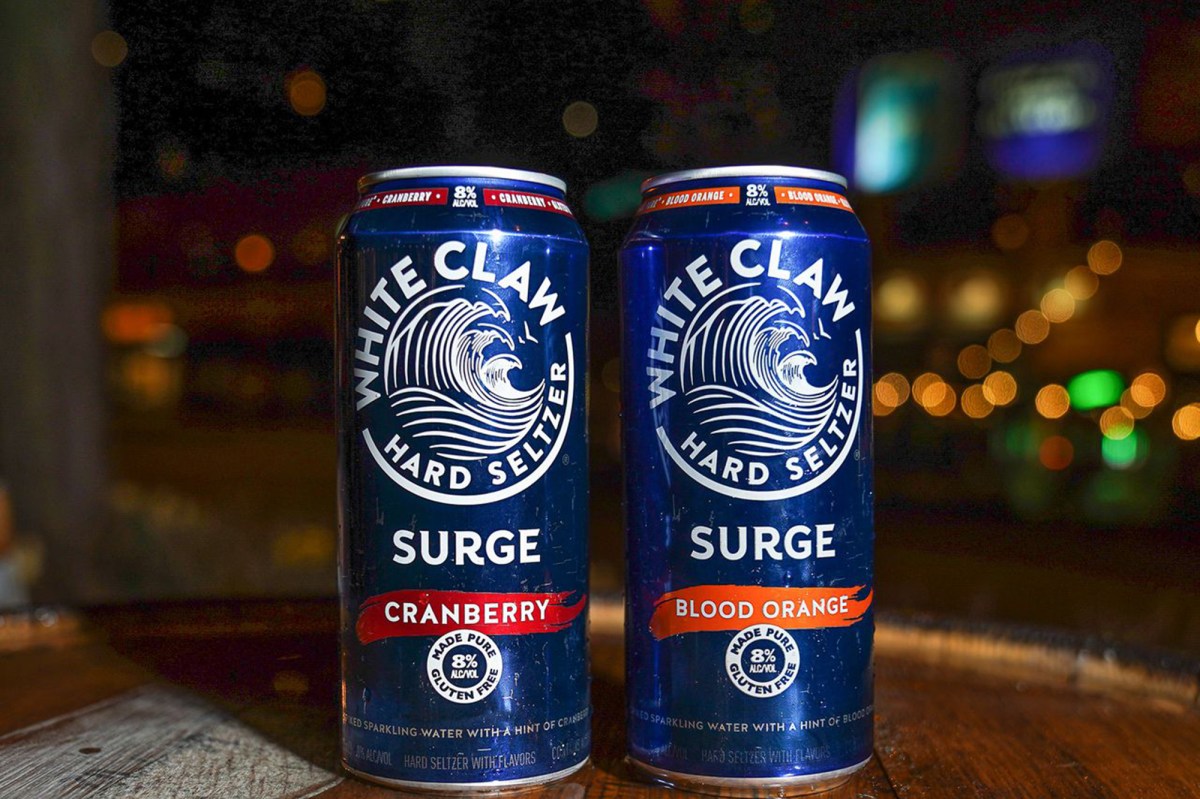 The claws are coming out in the battle for reign as the superior summertime suds.

Bad blood is brewing between adult beverage brands Four Loko and White Claw after the hard seltzer’s recent move to boost alcohol proof has the premium malt liquor company bubbling over with shade.

“There is one imposter among us,” Four Loko’s official account tweeted.

The thinly veiled barb came accompanied by an image of White Claw’s latest flavorful innovation, Surge — a 16-ounce refreshment with 8% alcohol by volume.

White Claw’s original line of boozy seltzers comes in 12-ounce containers that offer only a 5% buzz.

Excited drink enthusiasts tweeted things like: “White Claw summer but it’s White Claw Surge because the 8% ABV is NEEDED,” and “The white claw surge drinks might end up being the drink of the year.”

“Four Loko walked so White Claw could run,” the brand tweeted, insinuating that its longstanding production of malted libations and hard seltzers paved the way for competitors to join the market.

Debuting its core flavors of carbonated cocktails in 2005, Four Loko had been a formidable contender in the game of drinks before getting banned in 2010 by the FDA. The beverage, with varieties with up to 14% ABV, earned the nickname “blackout in a can.” But Four Loko had a full comeback with hard seltzers in 2019, dubbing its 23.5-ounce cans filled with 12% ABV bubbly “the hardest seltzer in the universe.”

And while White Claw Surge’s alcohol levels still aren’t rising as high to the occasion as Four Loko’s seltzers do, the latter brand is demanding their veteran honors.

White Claw and Four Loko did not return The Post’s request for comment.

But pandemic-exhausted commentators took to Twitter debating over which tiddly juice they’ll be toasting up this summer.

It’s a hard call. But, on the bright side, guzzlers have until last call to decide which booze best.

nypost.com - 2 months ago
The loyal subjects of Queen Elizabeth II won’t get to see the full broadcast of Oprah Winfrey’s two-hour interview with Meghan Markle and Prince Harry until Monday evening UK time — 19 hours after it airs in the US. But many of them, it seems, won’t even
Read More

Italy under strict Easter lockdown, but the party’s on at sea

nypost.com - 1 month ago
ABOARD THE MSC GRANDIOSA — Italy may be in a strict coronavirus lockdown this Easter with travel restricted between regions and new quarantines imposed. But a few miles offshore, guests aboard the MSC Grandiosa cruise ship are shimmying to Latin music on
Read More

nypost.com - 8 months ago
Tampa Bay head coach Bruce Arians surprised a lot of people with his stark criticism of Tom Brady after the Buccaneers’ opening week loss to New Orleans. One of those people was Brett Favre, and the Hall of Fame quarterback believes it was a mistake by
Read More