Diary of disturbing disinformation and dangerous delusions: Biden says: ‘That law on its own is projected to cut poverty in the black community by 37 percent.’ We say: Huh? With that claim about the White House’s $2.3 trillion infrastructure plan,
Author: Post Editorial Board
Published: 2021-04-15 08:49 pm 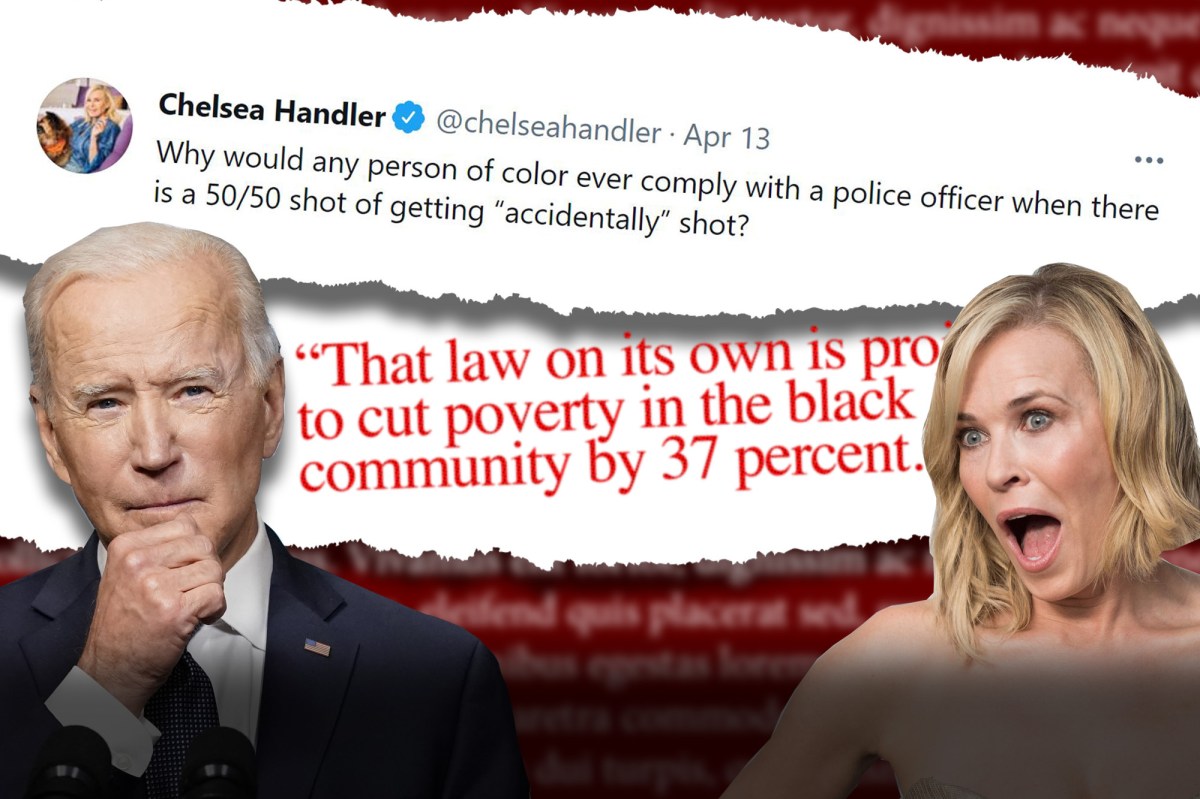 Biden says: ‘That law on its own is projected to cut poverty in the black community by 37 percent.’

We say: Huh? With that claim about the White House’s $2.3 trillion infrastructure plan, President Biden just set a new low for, well . . . malarkey. Indeed, you can file it under “shovel-ready jobs” or “If you like your heath insurance you can keep it” — neither of which came close to being true. Or better yet, under “the War on Poverty,” which has used up $24 trillion since it began in the 1960s, without making a dent in poverty. Meanwhile, the Biden plan’s push for mandatory union jobs and union rates will only fuel unemployment among black workers. It would be foolish to buy the president’s snake oil.

Ben & Jerry’s says: The murder of #DaunteWright is rooted in white supremacy and results from the intentional criminalization of Black and Brown communities.

We say: That tweet from Ben & Jerry’s proves one thing: The Vermont-based company should stick to making ice cream. There isn’t a chocolate chip’s worth of evidence that white supremacy had anything to do with the tragic shooting of Daunte Wright by a police officer who mistook her gun for a Taser. Nor is there any truth in the rest of that tweet: No one is “intentionally criminalizing” black and brown communities. In America, people are arrested and prosecuted when they commit crimes — no matter their race. Ben & Jerry’s should stop spreading malicious, divisive myths and chill out on some Cherry Garcia.

Chelsea Handler says: Why would any person of color ever comply with a police officer when there is a 50/50 shot of getting ‘accidentally’ shot?

We say: Is Chelsea Handler trying to get black people killed? The chances of getting shot when complying with cops are exactly zero, or close to it — nowhere near that “50/50” number she made up. Resisting arrest, on the other hand, can set off a terrible chain of events. Yet Handler’s tweet went out to all of her 8 million followers, some of whom may be black and would be advised not to follow her advice.

We say: Note how CNN treated Trump’s plan to withdraw troops in November and Biden’s plan this week.

nypost.com - 6 months ago
The footage starts showing the little girl walking with her dad and sister on Lenox Avenue between West 117th Street and West 118th Street on Halloween evening.
Read More

Chris Christie on GMA: I got COVID-19 because ‘I let my guard down’

nypost.com - 7 months ago
Former New Jersey Gov. Chris Christie admitted it was a “big mistake” to let his “guard down” by going mask-free at the White House event where he contracted the virus. In his first televised appearance since his coronavirus diagnosis, Christie, 58, said
Read More

nypost.com - 8 months ago
Michael Conforto has performed this summer at what Brodie Van Wagenen dubbed Friday an “MVP-type” level. Eligible for free agency following the 2021 season, has Conforto established himself as someone the Mets would be interested in locking up before he
Read More
More News & Articles