DENVER — Jacob deGrom will eventually pitch for the Mets again, perhaps as soon as Saturday if the weather allows it. Already strong from six days’ rest — the result of two straight postponements, the latest of which occurred Friday when the Rockies
Author: Mike Puma
Published: 2021-04-16 07:47 pm 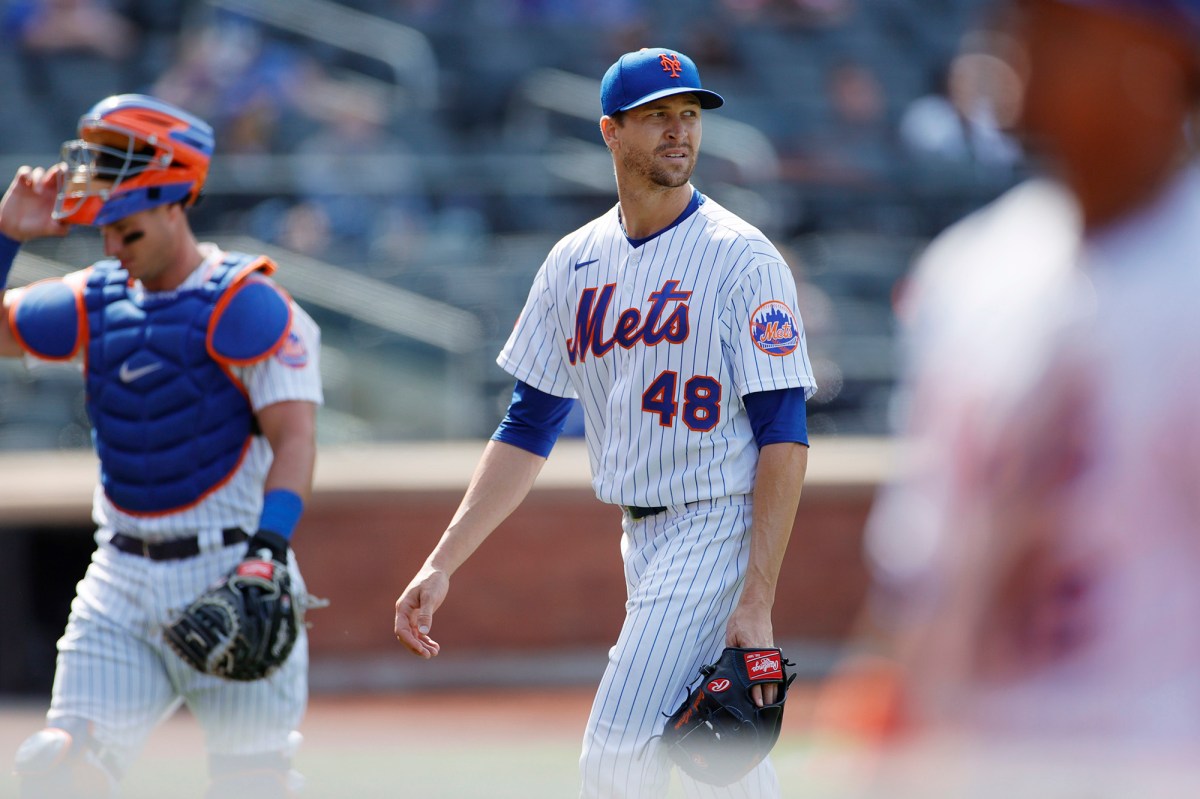 DENVER — Jacob deGrom will eventually pitch for the Mets again, perhaps as soon as Saturday if the weather allows it.

Already strong from six days’ rest — the result of two straight postponements, the latest of which occurred Friday when the Rockies decided not to play because of snow and cold weather in the forecast — the Mets ace may actually be constricted by innings if Game 1 of a doubleheader commences as scheduled Saturday at Coors Field. Both games would be seven innings.

“We might start deGrom in the second game, too,” Mets pitching coach Jeremy Hefner said Friday.

Hefner was joking. The plan is to start Joey Lucchesi in the nightcap, in his Mets debut as a starting pitcher. Marcus Stroman remains on track to start Sunday’s series finale.

DeGrom’s scheduled Thursday start against the Phillies was rained out at Citi Field. Since last Sunday, the Mets have had four games either postponed or suspended, with one made up as part of a doubleheader Tuesday.

Even before the Mets landed in Colorado late Thursday night to several inches of snow, there was concern about sending deGrom to the mound Friday, on a night when temperatures were projected to dip into the 30s. Saturday’s forecast calls for a more tolerable 43 degrees and partly sunny skies around the time of first pitch. Hefner said there is always concern about the pitcher in early season visits to Colorado.

“It’s not something that you are ever going to change a guy or move a rotation around to prevent a guy from pitching here,” Hefner said. “But you are certainly mindful of it in making sure they are warming up in between innings in the dugout.

“I think it’s just more mindfulness around the cold. It’s an added stresser for most guys. It’s easier to pitch in warmer weather than colder weather, so you are adding that cold weather stress to everything. We just have to be mindful and take care of him like we always do, as we do all the guys.”

The postponements have kept the Mets from using their fifth starter, Lucchesi, to this point. Two Mets relievers, Robert Gsellman and Trevor Hildenberger, still haven’t appeared in a game this season. And when David Peterson pitched against the Phillies on Wednesday, he was going on six days’ rest.

“I think I am more concerned with the back-end [rotation] guys and then the guys in the bullpen,” Hefner said. “Guys like Petey and Lucchesi, they kind of get switched around a little bit. Gsellman and Hildenberger haven’t gotten in a game yet, and that is not good. Those types of guys are the ones I am most worried about. I am not as worried about Jake and [Stroman] and [Taijuan] Walker, just because they have been as close to regular rest as possible.”

Hefner expects perhaps only a few innings from Lucchesi, but said the situation will also dictate how deep into the game he pitches. Lucchesi’s lone appearance came in relief in Philadelphia on April 7, when he pitched two innings.

“I am excited for Joey,” Hefner said. “He’s put in a lot of work and the public would have never seen any of this work because it’s all done before the gates open, but Joey has worked extremely hard to keep himself sharp and put himself in a situation where he can go out and give us some quality innings [Saturday].”

nypost.com - 5 months ago
The great play-calling controversy continued Monday with Jets coach Adam Gase providing more clarity than he did Sunday about who was calling the plays. It appeared that Gase had taken back the play-calling in Sunday’s 20-3 loss to the Dolphins after
Read More

nypost.com - 3 days ago
Christopher Bauer, who was arrested last week on charges he raped an 11-year-old girl, was kicked out of the FBI amid a string of sexual misconduct allegations — but was hired by Alabama State Police state agency with the apparent help of a fake bureau
Read More

nypost.com - 1 month ago
TAMPA — The Yankees will be without Luke Voit to start the season due to knee surgery, manager Aaron Boone said Saturday, meaning veteran Jay Bruce will open the year as the starting first baseman. Vot, 30, is set to undergo surgery to repair a partially
Read More

US air travel rises to highest levels yet since pandemic hit

nypost.com - 2 months ago
Across the United States, air travel is recovering more quickly from the depths of the pandemic, and it is showing up in longer airport security lines and busier traffic on airline websites. The Transportation Security Administration screened more than 1.
Read More
More News & Articles