The man was forced to the ground by officers and was face-down, at the site of numerous demonstrations over police brutality and the death of Breonna Taylor.
Author:
Published: 2021-04-19 07:57 am 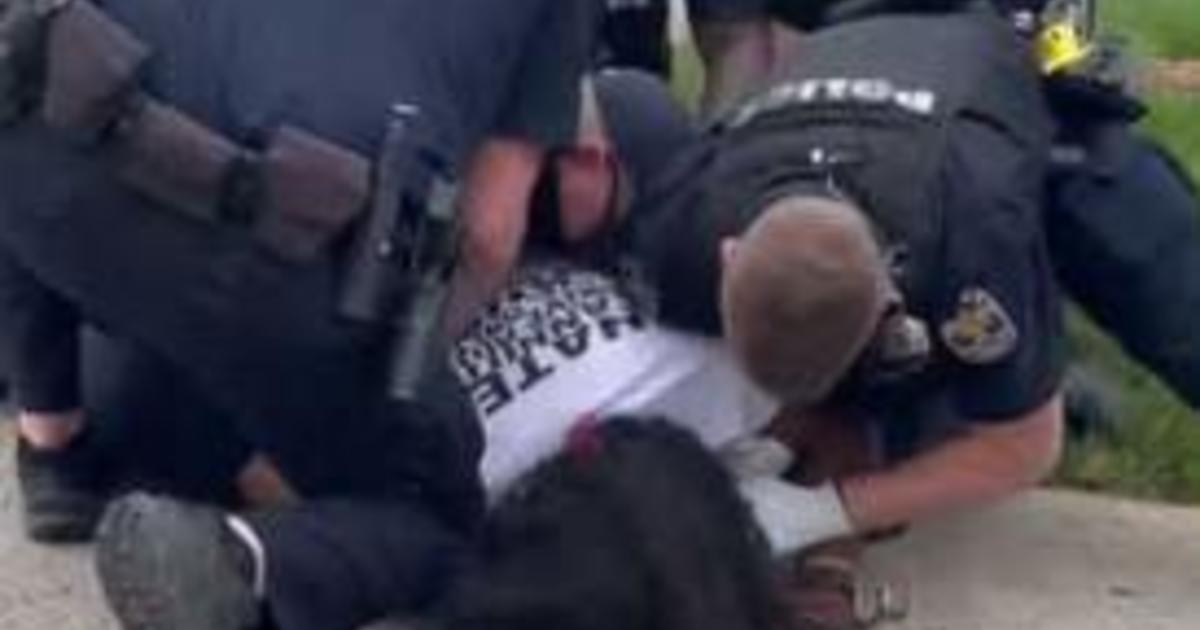 Louisville — A police officer in Kentucky was seen on video repeatedly punching a protester in the head while the man was face down on the ground and being arrested by several officers during a police brutality protest Sunday afternoon.

Several Louisville Metro police officers were seen in a Facebook video of 29-year-old Denorver "Dee" Garrett being arrested near Jefferson Square Park, the site of numerous demonstrations over police brutality and the death of Breonna Taylor, a 26-year-old Black woman who was shot and killed by Louisville police in March 2020.

Jaime Hendricks, who took the video, shared it with CBS Louisville affiliate WLKY-TV.

In the video, an officer attempting to handcuff Garrett tells him several times to "stop flexing." The officer then yells "stop" once more before multiple officers force Garrett to the ground. The initial officer then punches Garrett's head at least three times while onlookers scream at officers to stop. It appeared Garrett's glasses were broken in the struggle.

WLKY reports that court records have police saying Garrett was standing in the middle of the street with a large wooden cross. They said he was causing safety issues to motorists, resulting in the officers intervening.

Garrett was charged with disorderly conduct and resisting arrest.

Police Chief Erika Shields said in a statement to news outlets that the video "raises serious questions and is not consistent with LMPD training."

Shields said she's opening an investigation with the Professional Standards Unit, which will review the officer's conduct as well as the on-scene supervisor.

It was unclear whether the officer was placed on leave. The names of the officers involved weren't immediately released.

Hendricks told the Courier Journal she watched the arrest and didn't see Garrett resisting the officers.

"It's unreal to me that that just happened right in front of me," Hendricks said. "He was just making his voice heard, and he has a right to do that."

www.cbsnews.com - 2 months ago
The hearing was scheduled before the shooting Monday night in Boulder, Colorado, that left 10 people dead, including a police officer.
Read More

www.cbsnews.com - 2 weeks ago
Sen. Susan Collins, R-Maine, discusses how the U.S. should respond to the London terror attack.
Read More