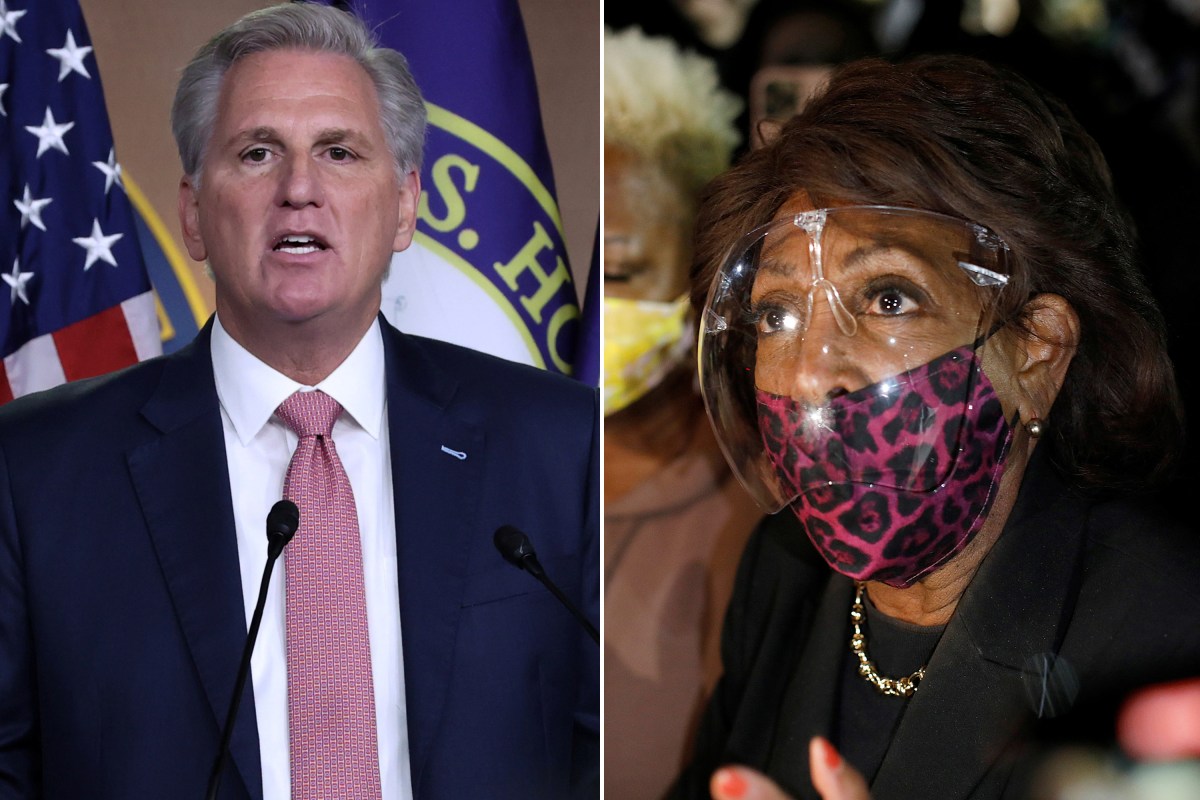 House Minority Leader Kevin McCarthy (R-Calif.) is leading the efforts on a measure to formally condemn Rep. Maxine Waters (D-Calif.) calling on protesters to “get more confrontational” if former Minneapolis police officer Derek Chauvin is acquitted of murder charges in the killing of George Floyd.

While in Brooklyn Center, Minn., on Saturday night Waters called on protesters to get more active.

“We’ve got to get more confrontational. We’ve got to make sure that they know that we mean business,” Waters said.

Republicans were quick to slam her rhetoric, accusing her of inciting violence.

McCarthy took to social media to announce his plans to introduce a resolution formally condemning her words.

“This weekend in Minnesota, Maxine Waters broke the law by violating curfew and then incited violence. Speaker Pelosi is ignoring Waters’ behavior—that’s why I am introducing a resolution to censure Rep. Waters for these dangerous comments,” McCarthy tweeted on Monday.

The California Republican could force a floor vote on the measure as soon as Tuesday.

“No [she shouldn’t apologize], Maxine talked about confrontation in the manner of the Civil Rights movement,” Pelosi told reporters on Monday.

And Waters also stood by her comments, telling The Grio “I am nonviolent.”

”Republicans will jump on any word, any line and try to make it fit their message and their cause for denouncing us and denying us, basically calling us violent — any time they see an opportunity to seize on a word, so they do it and they send a message to all of the white supremacists, the KKK, the Oath Keepers, the [Proud] Boys and all of that, how this is a time for [Republicans] to raise money on [Democrats’] backs,” she said

Who was Ashli Babbitt, woman shot inside Capitol building?

nypost.com - 4 months ago
Ashli Babbitt, the Air Force veteran who was fatally shot after breaching the Capitol building Wednesday, was “never afraid to speak her mind,” according to her ex-husband. “I feel absolutely terrible and sick to my stomach about it,” Timothy McEntee, who
Read More

nypost.com - 4 days ago
Even after more than a year of devastating coronavirus surges across the world, the intensity and scale of India’s current crisis stands out, with patients desperate for short supplies of oxygen, pleas for help from overwhelmed hospitals and images of bod
Read More

Cryptocurrency traders could ‘lose all their money,’ UK watchdog warns