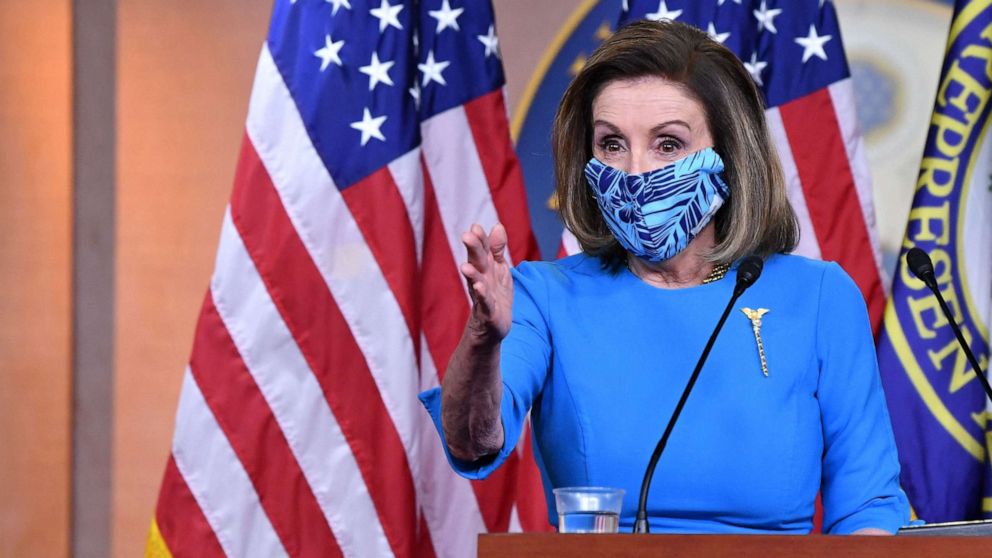 A bill for D.C. statehood passed the House on a vote 216-208 and heads to the Senate, where it has 45 co-sponsors but an uphill battle for passage.

This is the second time the bill has passed -- the first time was in 2019 -- but this time the measure has the public support of the White House.

H.R. 51 would change the name of the city from the District of Columbia to "Washington, Douglass Commonwealth," in honor of Fredrick Douglass.

During the debate, Republicans accused Democrats of trying to make a power grab and Democrats claimed disenfranchisement.

"D.C. residents have been petitioning for voting representation in Congress and local autonomy for 220 years," said Rep. Eleanor Holmes Norton, a third-generation Washingtonian and the bill's lead sponsor.

Norton, who was unable to vote due to D.C.'s non-state status, told her fellow lawmakers that "Congress has a choice. It can continue to exclude D.C. residents from the democratic process -- forcing them to watch from the sidelines as Congress votes on federal and D.C. laws -- and to treat them, in the words of Frederick Douglass, as aliens -- not citizens, but subjects -- or it can live up to our nation's founding principles."

Republican Rep. James Comer said that D.C. statehood, "is about Democrats adding two new progressive U.S. senators to push a radical agenda, championed by the Squad, to reshape America into the socialist utopia."

The vote on D.C. statehood came over 100 days after the Jan 6 deadly assault that left five people dead. Speaker Nancy Pelosi noted the Capitol "would have had protection much sooner," if the city were a state. The D.C. National Guard, which assisted the city, had to wait more than three hours for approval to assist in protecting the Capitol.

Pelosi added, "the governor of any one of our states has the authority to call in the National Guard. That is not an authority that is afforded to the mayor of Washington, D.C."

D.C. Mayor Muriel Bowser on Thursday, called "on the 55 senators who have not yet signed on in support of D.C. statehood to fulfill their responsibility to build a more perfect union and seize this important opportunity to right a 220-year-old wrong."

abcnews.go.com - 3 weeks ago
A plane carrying the bodies of three Europeans killed by jihadists in Burkina Faso this week while they were filming a documentary on wildlife poaching has landed in an airport near the Spanish capital
Read More

abcnews.go.com - 6 months ago
It's been days since President-elect Joe Biden was declared the winner of the 2020 presidential race, and still, President Donald Trump has not accepted it.
Read More

abcnews.go.com - 5 months ago
Fire officials say an explosion that leveled a home in Omaha, Nebraska, has left one person dead and two others critically injured
Read More

Why Pennsylvania is still counting votes after Election Day