Officers had to use pepper spray and a Taser to subdue Michigan state Rep. Jewell Jones and take him into custody. A loaded .40-caliber Glock was also found inside the SUV, according to the report.
Author: Joshua Rhett Miller
Published: 2021-04-22 01:52 pm 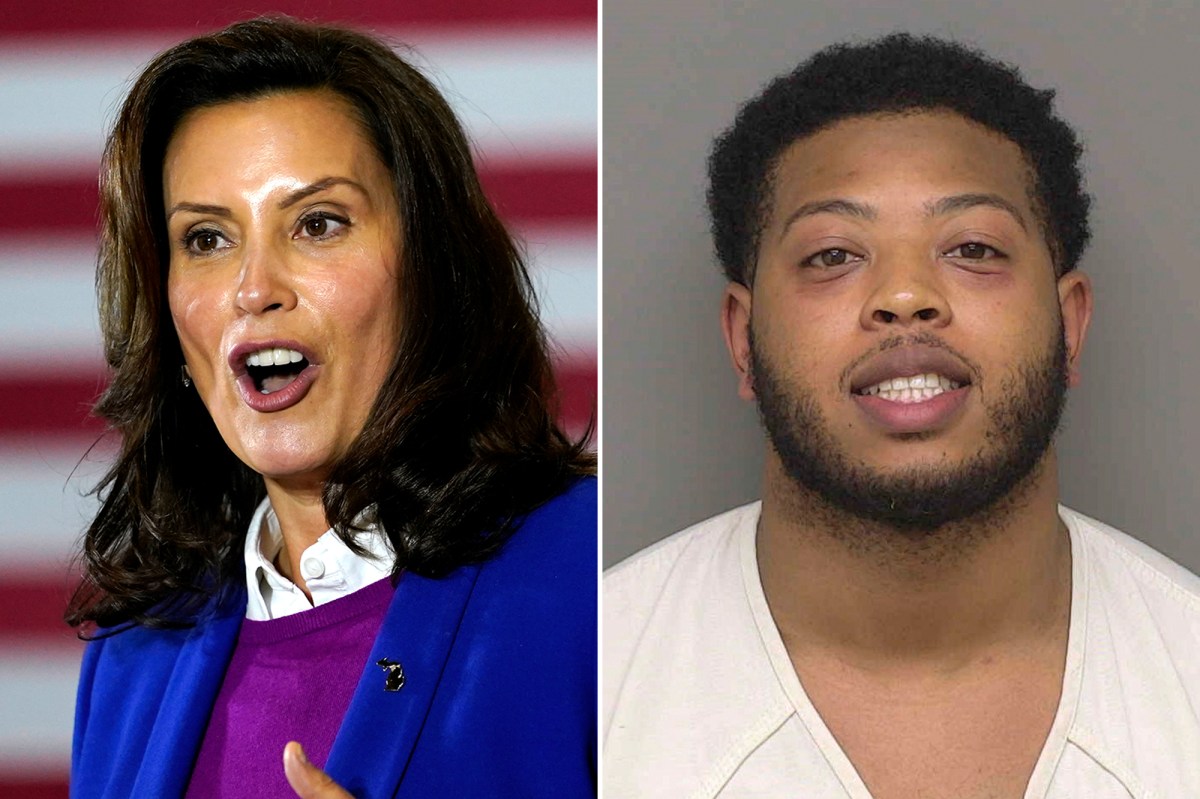 A Michigan state lawmaker being busted for driving drunk — in a car with “ELECTED” vanity plates — told cops that arresting him would not “be good,” since he controls the department’s budget, a police report shows.

Rep. Jewell Jones, (D-Inkster), told Michigan State Police troopers he was a state representative during a combative April 6 encounter after driving his black 2017 Chevy Tahoe into a ditch on Interstate 96 near Fowlerville, according to a police report obtained by the Detroit Free Press.

“If you hit me, it’s going to be very bad for you,” Jones, 26, told the troopers as they tried to handcuff him, according to the report. “I’ll call Gov. [Gretchen] Whitmer right now.”

Jones reportedly said he would need the troopers’ IDs and badge numbers to call his fellow Democrat, but the officers would not let the state rep get his cellphone.

There’s no indication that Jones tried to call Whitmer, but he told the troopers at another point that their actions were “not going to be good for you” since he oversaw the agency’s budget, according to the report.

The lawmaker also allegedly flashed a badge at one point. His attorney, Ali Hammoud, has said he’s an auxiliary police officer in Inkster, the Free Press reports.

Jones’ Tahoe was stopped after it was spotted driving erratically along Interstate 96. He later pulled off onto a shoulder and rolled into a ditch, according to the MSP report.

Officers had to use pepper spray and a Taser to subdue Jones and take him into custody. A loaded .40-caliber Glock was also found in a cup holder inside the SUV, according to the report.

The lawmaker refused to give a breath sample at the scene, but police obtained a warrant and said Jones’ blood-alcohol content was 0.19 — or more than double the state’s legal limit of 0.08, the Free Press reported.

Hammoud declined to comment on the police reports, but noted Jones is presumed innocent, the newspaper reported.

If convicted of the top charge, resisting and obstructing police, he could face up to two years in prison.

A probable cause conference for Jones, who remains free on bond, is set for Tuesday, the Free Press reported.

Jones, then 20, was first elected to the Inkster City Council in 2015. A year later, he became the youngest member ever elected to the Michigan House of Representatives, the Detroit News reported in December 2016.

In 2019, the 23-year-old Jones saw his visibility further grow as he was named to Forbes’ 30 Under 30 list alongside Rep. Alexandria Ocasio-Cortez, D-New York.

“Along with holding office, Jones holds a double major in finance and political science, and is a member of the Army ROTC,” his profile read.

Jones, who is now in his third, two-year term in the state House, cannot run as a state rep again due to term limits.

nypost.com - 4 months ago
A top Republican donor and heiress to the Publix supermarket fortune provided much of the funding for the Washington DC rally that ended in the Jan. 6 riot at the US Capitol, fundraising documents reveal. Longtime Trump supporter Julie Jenkins Fancelli
Read More

Americans lost over 138 million hours of sleep on election night

nypost.com - 6 months ago
The findings were produced by Oura ring, a wearable health-tracking device, according to a blog post from the company on Thursday.
Read More

Woman caught at JFK smuggling 3 pounds of cocaine ‘on and in’ her body: feds

nypost.com - 1 month ago
A woman at JFK airport was busted when customs agents allegedly found drugs in her purse and bra -- only to discover even more stashed inside her nether regions, authorities said.
Read More

nypost.com - 8 months ago
Town Sports, the bankrupt owner of New York Sports Clubs, secured $20 million in financing from its lenders to keep it afloat while it searches for a buyer. The tentative deal comes just two days after Town Sports filed for Chapter 11 bankruptcy protectio
Read More
More News & Articles