Danny Aiello, Actor in ‘Do the Right Thing,’ Dies at 86

A memorable character actor on both stage and screen, Mr. Aiello won an Academy Award nomination for his role in Spike Lee’s 1989 film.
Author: Anita Gates
Published: 2019-12-13 11:03 am 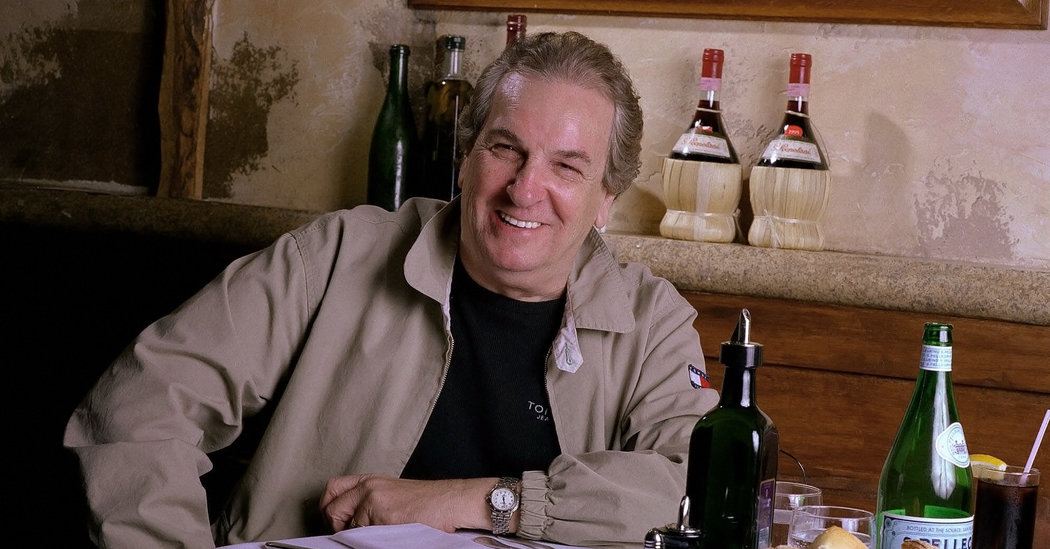 Danny Aiello, the burly New York-born film and stage actor who was 40 when he made his movie debut and 16 years later earned an Academy Award nomination for his role as a pizzeria owner in Spike Lee’s “Do the Right Thing,” died on Thursday. He was 86.

His death was confirmed by Jennifer De Chiara, his literary agent, in an email. No other details were provided.

In “Do the Right Thing,” Mr. Lee’s 1989 film about a white business in the predominantly black Bedford-Stuyvesant neighborhood of Brooklyn, Mr. Aiello was a morally complicated racist villain, willing to wield a baseball bat but sentimental about the young people in the neighborhood who had grown up on his food.

He won the role after establishing himself as a memorable character actor in films like “Moonstruck” (1987), in which he played Cher’s kind but clueless fiancé; “Fort Apache: The Bronx” (1981), as a ruthless police officer who throws a young man off a rooftop; Sergio Leone’s “Once Upon a Time in America” (1984), also as a police officer; and three films involving Woody Allen.

In “Do the Right Thing,” Mr. Aiello’s character, Sal, has owned his pizzeria in the neighborhood for 25 years and refuses to leave, even as tensions rise over the wall of fame in his restaurant that includes no photos of black celebrities. The pizzeria is set on fire during a riot, but in the end, he and Mr. Lee’s character, an employee, cautiously reconcile.

His performance brought him an Oscar nomination for best supporting actor. Though he lost to Denzel Washington (for “Glory”), Mr. Aiello established his stardom when he was named best supporting actor by the Los Angeles, Chicago and Boston film critics’ associations that same year.

Many of his fans never knew that he had begun his acting career on the New York stage, appearing in seven Broadway productions in 11 years. His roles included the macho South Philadelphia father in the hit comedy “Gemini” (1977), for which he had already won an Obie Award for the play’s Off Broadway run; a violent tough guy in “Hurlyburly,” in which he replaced Harvey Keitel in 1985; and a Hollywood director clinging to his past in “The House of Blue Leaves” (1986).

He also appeared as himself in “Home for the Holidays,” a songs-and-stories revue that had a limited run during the 2017 Christmas season.

Mr. Aiello never studied acting and was often described by critics as a natural — a description, he said in a 2015 NPR interview, that he considered “some sort of insult.”

In a 1990 interview with The New York Times Magazine, he appeared to dismiss Method techniques and preparation. “You know what I do backstage?” he said. “One minute before I go on, I look up at heaven and say, ‘Mama, don’t let me make a fool of myself.’”

Daniel Louis Aiello Jr. was born on June 20, 1933, in Manhattan, the sixth of seven children of Daniel and Frances (Pietrocova) Aiello. Danny, known as Junior until adulthood, grew up on West 68th Street, before gentrification, and then in the South Bronx. His father, whose occupational experience included driving trucks for the bootlegger Dutch Schultz and who served time in prison, was largely absent. His mother worked as a seamstress, an envelope stuffer and a toy-factory supervisor.

Junior was a wage earner from the age of 9 — first shining shoes at Grand Central Terminal during World War II (10 cents for regular shoes, 25 cents for combat boots), then delivering magazines and laundry and, by his own admission, running numbers for the local mob. He dropped out of high school to join the Army in 1951 and was based in Germany during the Korean War.

Mr. Aiello was a blue-collar worker until his mid-30s. He worked on an assembly line at an aircraft plant in New Jersey, was a baggage handler for Greyhound in Manhattan and gave the public its first taste of his raspy voice when he started his job there as public address announcer, calling out the names of the stops for departing buses. He also became a union official but lost his job after a wildcat strike, reducing him to pool-hall hustling and eventually to burglary to feed his growing family.

In a way, he owed his show business career to his baseball talent. Doing occasional work for an uncle unloading trucks at the Coliseum convention center on Columbus Circle, he wandered into an amateur softball group, the Broadway Show League, just across the way in Central Park. One player, Budd Friedman, who owned the Midtown nightclub the Improv, offered him a job as a bouncer.

Soon he was filling in as M.C. at the Improv, singing backup for unknowns like Bette Midler and the comedian Robert Klein and doing late-late-night readings from “The Godfather” (the book, that is; the movie hadn’t been made yet). A playwright patron from Hoboken, N.J., Louis La Russo, persuaded Mr. Aiello to be in a showcase production of his play “Lamppost Reunion,” about a Sinatra-like singer.

The play opened Off Broadway in 1970, with Mr. Aiello making his New York stage debut at the age of 37 as a Hoboken bar owner. When the play finally made it to Broadway, in 1975, he was back in the role.

Mr. Aiello married Sandy Cohen, a girl from his Bronx neighborhood, in 1955. She survives him. His other survivors include two sons, Rick and Jaime; a daughter, Stacey; and 10 grandchildren. His son Daniel III, a stunt coordinator, died in 2010.

Mr. Aiello often told the story of his very brief appearance in “The Godfather: Part II” (1974), when he improvised a remark as his character strangled a rival mobster: “Michael Corleone says hello.” The director, Francis Ford Coppola, liked the line and left it in the movie.

Mr. Aiello never claimed to have inspired the signature line in “Taxi Driver” (1976), but, according to his 2014 memoir, “I Only Know Who I Am When I Am Somebody Else,” he could have. When he and his wife saw the film and Mr. De Niro’s character first said, “You talking to me?,” he recalled, she turned to him and said, “Danny, he’s doing you.”

From Claire Rousay, Field Recordings for a Modern World

www.nytimes.com - 7 months ago
With her new album, the emo ambient musician has learned to embrace everyday pleasures.
Read More

www.nytimes.com - 1 year ago
More than 100 are feared dead in what is likely to be the deadliest episode of a storm that has already claimed more than 60 lives in Central America.
Read More

NYU Was a Labor Battleground. Now Graduate Students Are Back on Strike.

www.nytimes.com - 1 year ago
An all-star cast came together, remotely and in socially distanced shoots, to turn Ta-Nehisi Coates’s memoir into a vivid amalgam of art, music and performance for HBO.
Read More
More News & Articles