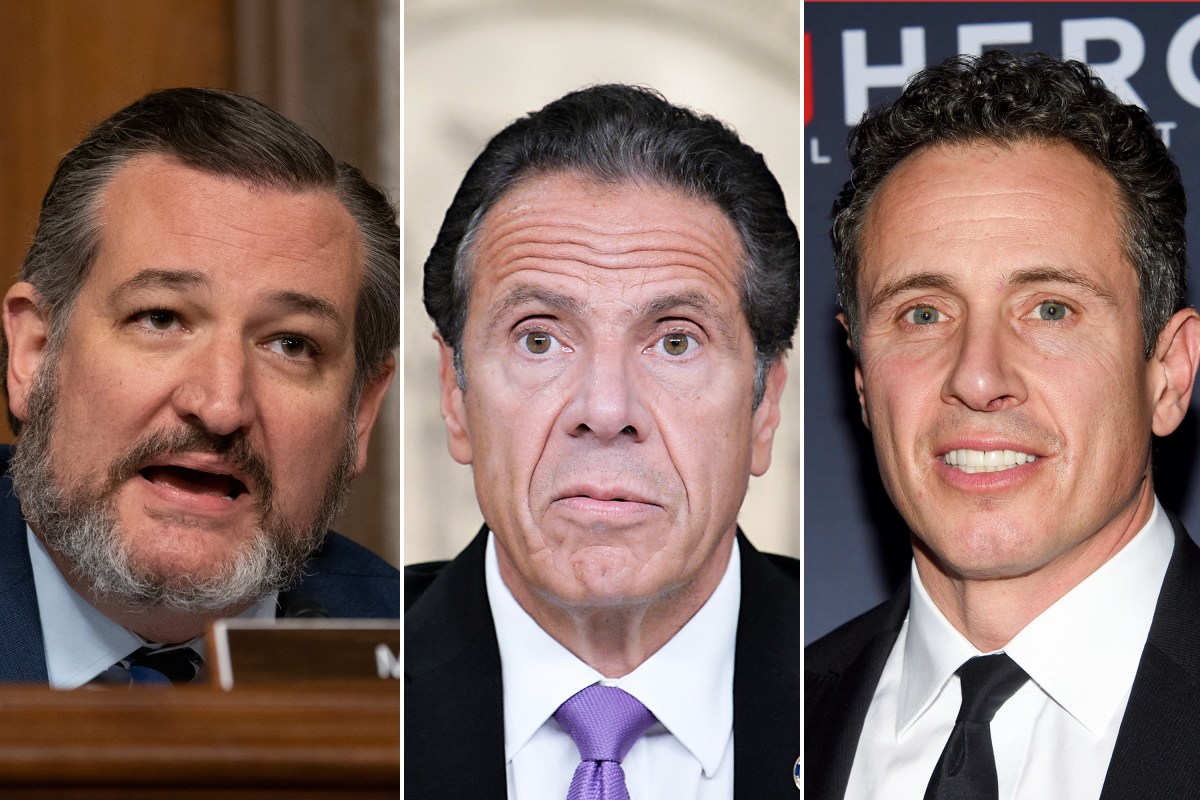 The attack came during a heated segment on Wednesday’s “Cuomo Prime Time” that more closely resembled the messy first presidential debate, with both men repeatedly talking over each other and accusing each other of politicizing the COVID-19 response.

“There is something disgusting that Democrats are doing, that [presidential candidate] Joe Biden does and that you do, which is you try to blame the people who’ve lost their lives on your political enemies,” said the Republican lawmaker, making his first appearance on Cuomo’s show. “It’s particularly not right when your brother has presided over the state with the highest death rate in the country.

“Was it a mistake when your brother implemented a policy that nursing homes had to accept COVID-positive patients and endanger the lives of tens of thousands of seniors in New York State?”

Cuomo avoided giving a yes-or-no response on the charge.

“My brother was the first one to say that there was a learning curve and that mistakes were made and that they changed things as soon as they could,” he said.

The governor’s Department of Health in March issued an order barring nursing homes statewide from turning away patients on the basis of a positive coronavirus test, even as Cuomo publicly acknowledged that seniors are among the most vulnerable to the bug.

Cuomo — who partially reversed the order in May, without conceding a mistake — has dismissed criticism over the order as politically motivated, despite bipartisan calls for an outside inquiry into the state’s at least 6,500 coronavirus deaths in nursing homes.

“So the nursing homes was the sum total of the entire problem in the country? That’s what it was?” Chris Cuomo — himself a coronavirus survivor — fired back at Cruz.

“It led to New York having 33,000 deaths compared to Texas having 15,000 deaths, and Texas has 50 percent more population than New York does,” countered Cruz. “Tell your brother to get on it.”

Cuomo called on Cruz — a typically reliable ally of President Trump — to scrutinize the federal response as closely as he did New York’s.

“My brother will stand for his own record,” he said. “Why don’t you talk to the president the way you talk to my brother, Ted? You afraid of him [Trump]? You think he’ll smack you down at home?

“I’m talking about the president,” Cuomo continued. “The one who called you a liar. The one who said your wife was ugly.”

While vying for the 2016 Republican presidential nomination, Trump derisively nicknamed his fellow candidate “Lyin’ Ted Cruz,” tweeted an unflattering photo of Cruz’s wife side-by-side with eventual first lady Melania and insinuated that Cruz’s father was connected to the assassination of President Kennedy.

After dropping out of the race, Cruz refused to endorse Trump, but begrudgingly said he would vote for him, despite the abuse.

“You actually wonder why you don’t have a lot of Republicans that want to come on your show,” Cruz told Cuomo.

“You just bring up my brother for half the interview because you’re such a fair guy,” fired back Cuomo, his voice dripping with sarcasm, and his face reddening. “You play it so straight down the middle.”

nypost.com - 1 month ago
Hey, West Coast beer lovers, it’s pronounced YING-ling. D.G. Yuengling and Son, America’s oldest operating brewer, is sending some cold ones your way for the first time since it began making beer in 1829. The brewery, about two hours northwest of
Read More

nypost.com - 5 days ago
Charlie Ergen’s dream of merging his Dish Network with AT&T’s DirecTV has been squashed by the Department of Justice — yet again, The Post has learned. Regulators with the DOJ’s antitrust division recently informed executives of AT&T that a marriage
Read More

NFL can’t run away from its COVID-19 crisis

nypost.com - 2 weeks ago
This was the fear long before the NFL season began, a star quarterback testing positive for COVID-19, the virus reminding one and all that, despite the best-laid plans of mice and Infection Control Officers, it is the one in control — always has been,
Read More

nypost.com - 1 month ago
PORTLAND, Ore. — Relief from putrid, dangerous air spewing from massive wildfires across the West won’t come until later in the week or beyond, scientists and forecasters say, and the hazy and gunk-filled skies might stick around for even longer. People i
Read More
More News & Articles