President Trump interrupted Tuesday’s first presidential debate a staggering 145 times according to Fox News moderator Chris Wallace who declared Thursday: “Frankly, he put his foot in it.” The veteran newsman has been brutalized by critics for not doing
Author: Ebony Bowden
Published: 2020-10-01 05:36 pm 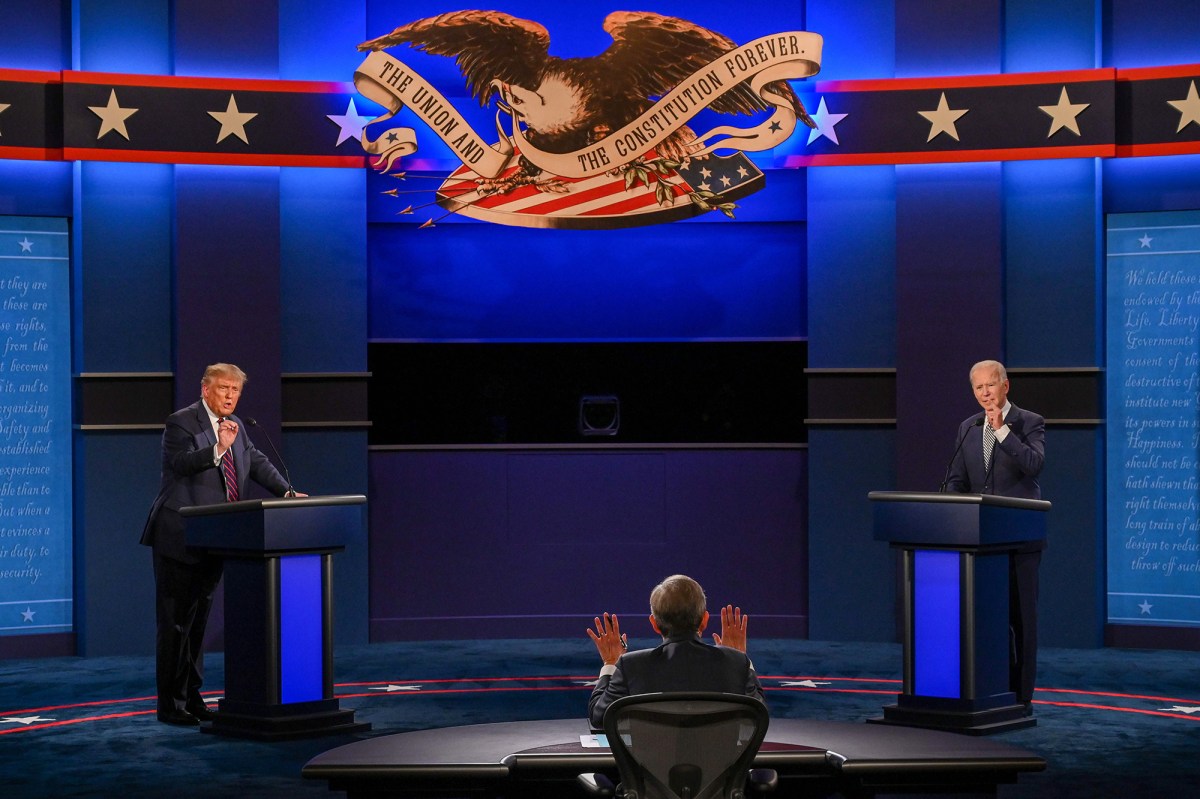 The veteran newsman has been brutalized by critics for not doing enough to stop the disastrous shouting-match between the two candidates in Cleveland, which was roundly described as a disservice to the American people.

But in an autopsy of his performance on Thursday afternoon, the highly-respected journalist joked his plan fell apart as soon as he said “Good evening” and said he could do little to correct course when Trump started running roughshod.

“When the president started engaging with Biden, I thought, ‘We’re gonna have a real debate here,'” Wallace, 72, said.

“It became clearer and clearer over time that this was something different and that the president was determined to try to butt in and throw Joe Biden off” he added.

“I think he would have been well advised to pull back and let Biden talk more because Biden’s answers weren’t always great,” he later added.

Wallace cited analysis by Fox News which found the commander in chief interrupted either Wallace or Biden 145 times — more than once per minute. According to that same analysis, Biden interrupted a total of 67 times.

“He bares the primary responsibly for what happened Tuesday,” Wallace told fellow Fox News anchor Bill Hemmer of Trump, admitting that the American people didn’t get “the debate they deserve.”

Holding up his black binder full of unanswered questions, the moderator said he was frustrated by how the event turned out.

“Literally hundreds of man hours and woman hours between me and my researcher went into trying to prepare a serious, substantive debate on so many issues, Biden’s tax and spending plans, Trump’s climate and environmental policies,” he said.

“I felt like I had gotten together all of the ingredients, I had baked this beautiful delicious cake, and then, frankly, the president put his foot on it,” he went on.

In another interview with the New York Times on Wednesday, Wallace called the show-down a “terrible missed opportunity.”

But it was Trump who trashed Wallace almost immediately after he got off the debate stage, claiming on Twitter that the anchor had a “rough night” and had sided with Biden.

Recognizing what a debacle the brawl was, the Commission on Presidential Debates announced Wednesday it will add more “structure” to the remaining forums.

The president’s re-election campaign trashed any potential changes as an attempt to help Biden, 77.

When asked about the commission considering giving the next moderator the opportunity to cut the candidate’s mic, Wallace said it was a bad idea.

“I don’t want to be in the position of saying, ‘I’m going to interpose myself between the president and the public’ and say, ‘You can’t hear what he has to say now,'” he told Hemmer.

“I think that’s a pretty tough spot for any moderator.”

nypost.com - 16 hours ago
A Utah high school teacher has been arrested for trying to meet up with a 13-year-old child to have sex, police said. Brady Glenn Allen, 30, who teaches digital media at Roy High School, was arrested Wednesday after he “engaged in a highly sexual
Read More