Grading the Jets after their 37-28 loss to the Broncos on Thursday. Offense The Jets moved the ball better than they had in their previous games, but failed to reach the end zone too many times. They were 0-for-3 in the red zone, settling for Sam Ficken
Author: Brian Costello
Published: 2020-10-02 01:20 am 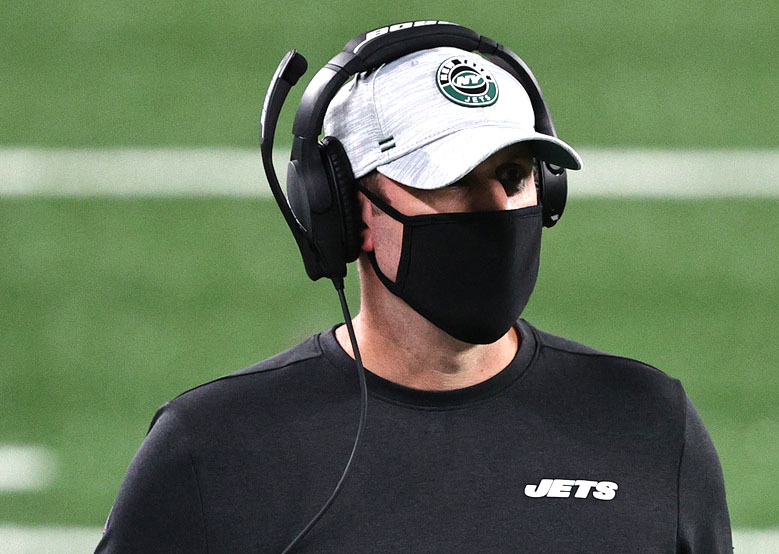 Grading the Jets after their 37-28 loss to the Broncos on Thursday.

The Jets moved the ball better than they had in their previous games, but failed to reach the end zone too many times. They were 0-for-3 in the red zone, settling for Sam Ficken field goals. QB Sam Darnold (23 of 42, 230 yards, six rushes, 84 yards, 1 TD) played better than he did Sunday but did not get much help. Darnold was sacked six times.

Broncos QB Brett Rypien (19 of 31, 242 yards, 2 TDs, 3 INTs) played well in his first start and made Gregg Williams’ defense look bad for most of the night. CB Pierre Desir had two interceptions, one returned for a touchdown, but he also gave up several huge plays. The biggest issue on defense was the six personal fouls, which repeatedly extended drives and gave the Broncos life.

Ficken was the Jets’ best offensive weapon. He went 5-for-5 on field goals and gave the Jets a fourth-quarter lead. Braden Mann averaged 48.7 yards on three punts, but his best play was a touchdown-saving tackle on a long return.

Where is the discipline? The Jets committed 11 penalties for 118 yards, six of them personal fouls. The Jets need to get that cleaned up immediately. Adam Gase’s job is safe for now, but he needs to find a way to get this team to play better. Offensively, they can’t keep stalling in the red zone. Gregg Williams has as much to answer for in this loss. His defense got shredded by an undrafted quarterback making his first start.

nypost.com - 6 months ago
At least 11 women were trampled to death in Afghanistan and many more injured when a stampede broke out Wednesday in a soccer stadium where they were applying for visas to enter neighboring Pakistan, officials said. Thousands of people were redirected to
Read More

nypost.com - 1 week ago
Members of the royal family — including Prince William and Kate Middleton — are paying respect to the late Prince Philip with subtle gestures on social media. The official Instagram account for the Duke and Duchess of Cambridge changed its profile photo
Read More

nypost.com - 1 week ago
The Winnipeg Blue Bombers of the Canadian Football League released former Giants wide receiver Travis Rudolph on Wednesday after he was arrested on several charges, including first-degree murder, following a Florida shooting. Rudolph, 25, signed with the
Read More

nypost.com - 3 months ago
A Queens nursing home in the midst of a COVID-19 outbreak withheld potentially lifesaving vaccines from rehab patients, leaving a city councilman’s 96-year-old mother and others to catch the contagion. Dry Harbor Nursing Home in Middle Village — where 44
Read More
More News & Articles