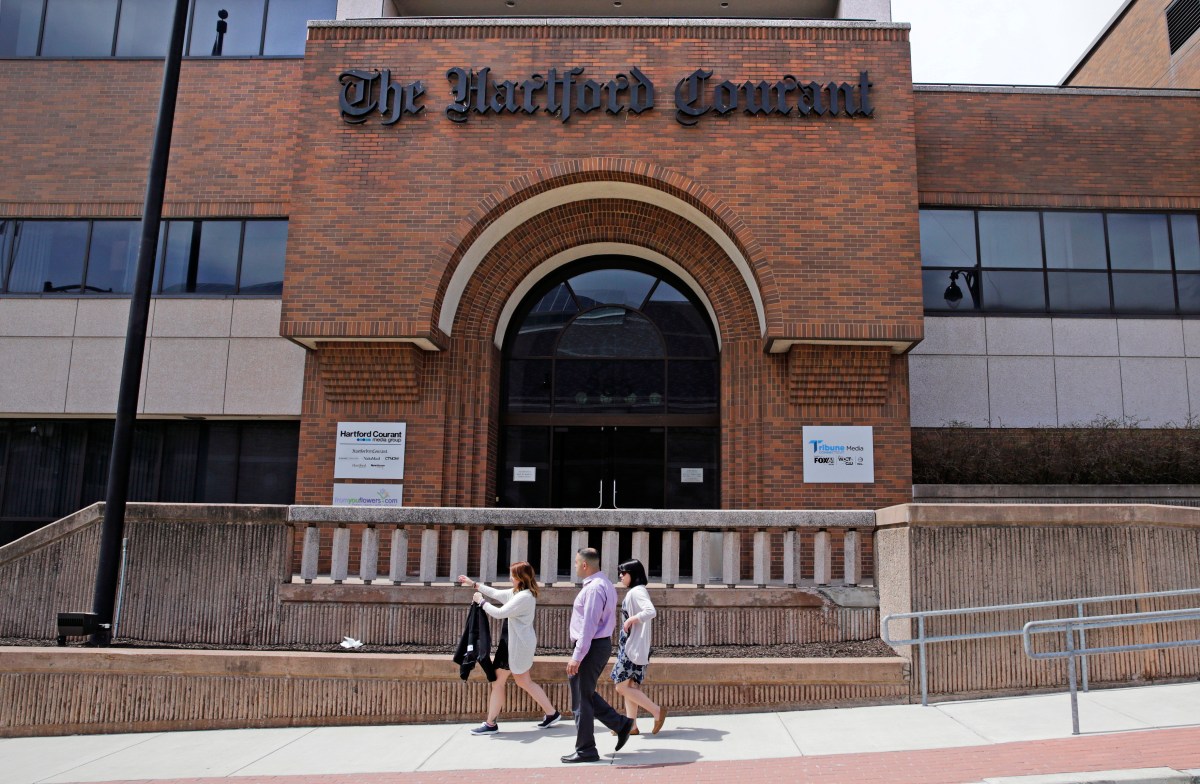 Tribune Publishing posted a first-quarter profit but canceled its earnings call, citing the imminent completion of a deal to take the newspaper giant private.

The publisher of nine dailies — including the Chicago Tribune, the New York Daily News, the Hartford Courant and the Baltimore Sun — and the special committee to evaluate the takeover have recommended shareholders approve Alden Global Capital’s $631 million buyout offer in a vote set for May 21, even as journalists across the company have loudly opposed the pending deal.

On Thursday, Tribune said net income from continuing operations grew to $6.1 million in the quarter ending March 31, reversing a net loss of $49 million from a year ago. Earnings before interest, taxes, depreciation and amortization increased to $25.5 million, compared to $9.1 posted a year ago.

CEO Terry Jiminez said the company ended the quarter “with a sound balance sheet, including more than $250 million in total cash, no debt and nearly a $60 million year over year decrease in long term liabilities.”

“We remain cautious about the continuing impact and duration of the pandemic and we continue our efforts to reduce our cost structure, including real estate and other infrastructure,” he said.

Newspapers including the Daily News, the Hartford Courant, the Allentown Morning Call, the Capitol Gazette and the Orlando Sentinel were all told last August that they would not be returning to their newsrooms even after the pandemic lifts. The company has disclosed in SEC filings that it defaulted on rent payments to some landlords going back to the start of the pandemic in March 2020.

Tribune journalists have expressed opposition to a takeover by Alden, notorious for deep cuts at other newspapers it controls from the Denver Post to the Boston Herald. Some staffers have even staged demonstrations in Baltimore and other cities.

Hotel mogul Stewart Bainum has been trying to counter Alden’s offer with a $680 million bid to buy the whole company, which he would then split up and sell to local buyers. But Bainum’s bid has been flailing in part because nobody has stepped up with a bid to buy the flagship Chicago Tribune, which like the Daily News in New York has big pension liabilities.

The Chicago Tribune itself reported last week that an investor group headed by Jeremy Halbreich, one-time CEO of the Chicago Sun-Times, is scouting for other Windy City investors to join him in a bid for the paper.

Sources tell Media Ink, however, that Halbreich has not yet reached out to join the Bainum bid, suggesting backers have been hard to find.

Halbreich — current chairman of AIM Media, owner of the Dallas Morning News — had attempted to put together his own buyout group to buy Tribune last year, but his price was deemed too low at that time. Initially, his group’s $15 a share topped Alden’s original offer of $14.25 a share. But Alden upped the price to its current $17.25-a-share offer.

Bainum is trying to raise money for an $18-a-share offer.

US serviceman in South Korea arrested for allegedly raping woman

nypost.com - 8 months ago
The unidentified 21-year-old US Forces Korea military man was booked for allegedly raping the woman at her home in Iksan on Sept. 27.
Read More

Threat of mass violence in California was a social media prank: cops

nypost.com - 3 weeks ago
Investigators are still working, but they believe there was no "credible threat" of violence in the Reddit posting.
Read More

nypost.com - 6 months ago
Cole Haan boots always make a statement. And with the brand’s latest boots sale, you’ll be able to stock up on some of its most popular styles. You’ll find a variety of Chelsea boots, chukkas and hiker boots that are all listed for under $100. Whether
Read More

nypost.com - 8 months ago
A crowd of about 200 people marched through Portland on Sunday, tearing down the two statues, breaking windows at the Oregon Historical Society and damaging storefronts.
Read More
More News & Articles