Ohio state Sen. Andrew Brenner used a virtual background to appear as if he was home during an online government meeting when he was actually driving his car.
Author: Lee Brown
Published: 2021-05-06 12:48 pm 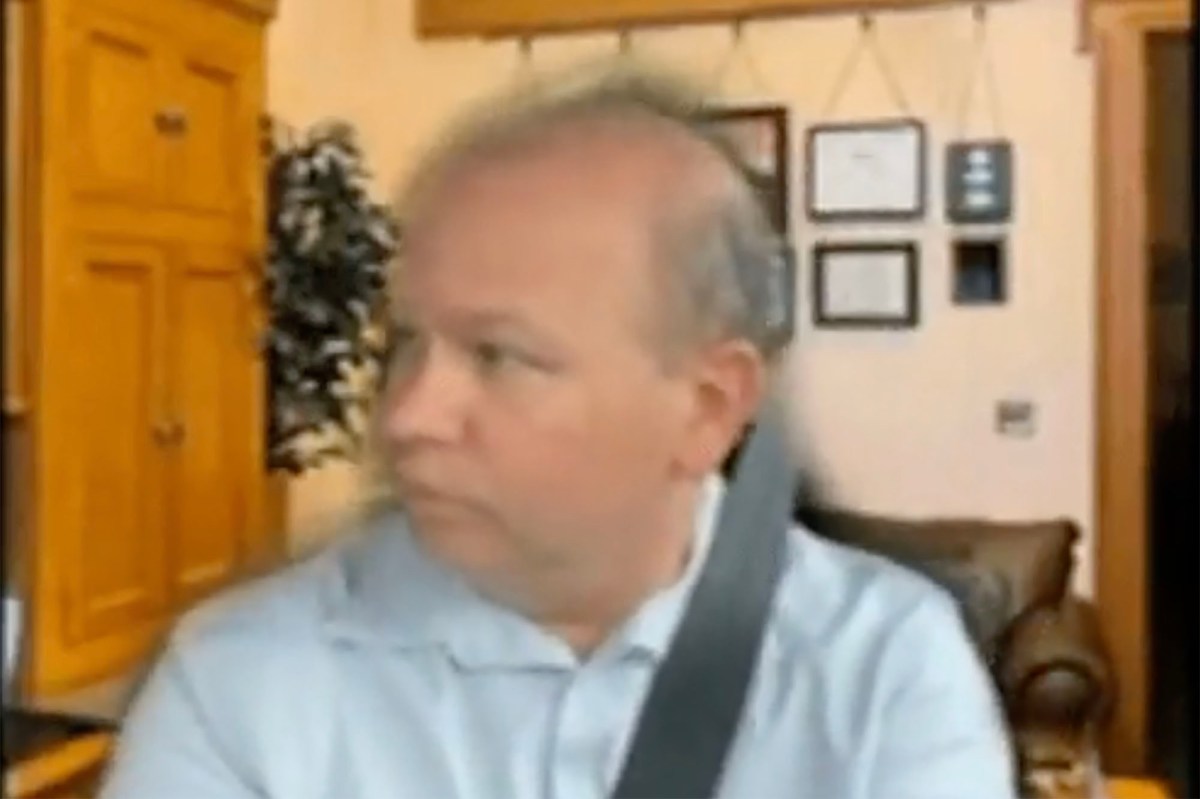 An Ohio state senator used a virtual background to appear as if he was home during an online government meeting — when he was actually driving his car, video posted online shows.

Sen. Andrew Brenner picked the worst possible time to hit the road — that same day his colleagues in the state House introduced a bill to “prohibit driving while using [an] electronic communications device.“

The Republican, serving his first term in the state Senate, began Monday’s Controlling Board meeting clearly in the driver’s seat of a car, leaning forward to then switch off his camera, according to the footage, still on the official government “Ohio Channel.”

When he came back on, the car was still clearly in the shot — before it suddenly switched to a clumsy virtual background to look like he was in a home office.

After another brief period off-camera, Brenner re-emerged — wearing a seatbelt and looking both ways as he clearly started driving.

The footage shows a blur around his head showing the road around him even as the rest of the image is a home scene.

None of the other senators say anything about their seatbelt-wearing colleague, who mostly stares intently ahead, only occasionally glancing at the camera, although some could not hide smiles.

Brenner later admitted to the Columbus Dispatch that he was driving during the meeting, but insisted he “wasn’t distracted.”

“I was wearing a seat belt and paying attention to the road,” he told the paper.

“I was paying attention to the driving and listening” to the meeting, he said, blaming having “two meetings that were back to back that were in separate locations.”

“I’ve actually been on other calls, numerous calls, while driving,” he revealed.

“Phone calls for the most part but on video calls, I’m not paying attention to the video. To me, it’s like a phone call,” he said.

It would also make holding or using an electronic device while driving a primary offense, which would permit police to pull the driver over.

However, previous efforts to toughen distracted driving laws have failed to get the necessary votes, the outlet said.

nypost.com - 7 months ago
Niko Lalos’ day started with a Twitter name-drop from LeBron James and somehow only got better from there. A few hours after King James sent his legion of 48 million followers scrambling to research the name, the Giants rookie defensive lineman made a
Read More

nypost.com - 4 months ago
In the end, Fleetwood did indeed get more votes -- but not by a landslide.
Read More

nypost.com - 1 month ago
In the survey conducted by Schoen Cooperman Research in early May, the results showed most Democratic voters in the poll did not want to defund the police and felt crime was important.
Read More
More News & Articles