A sixth-grade girl was identified as the person who opened fire at an Idaho middle school Thursday, wounding two students and a custodian before she was disarmed by a teacher.
Author: Jesse O’Neill
Published: 2021-05-06 07:58 pm 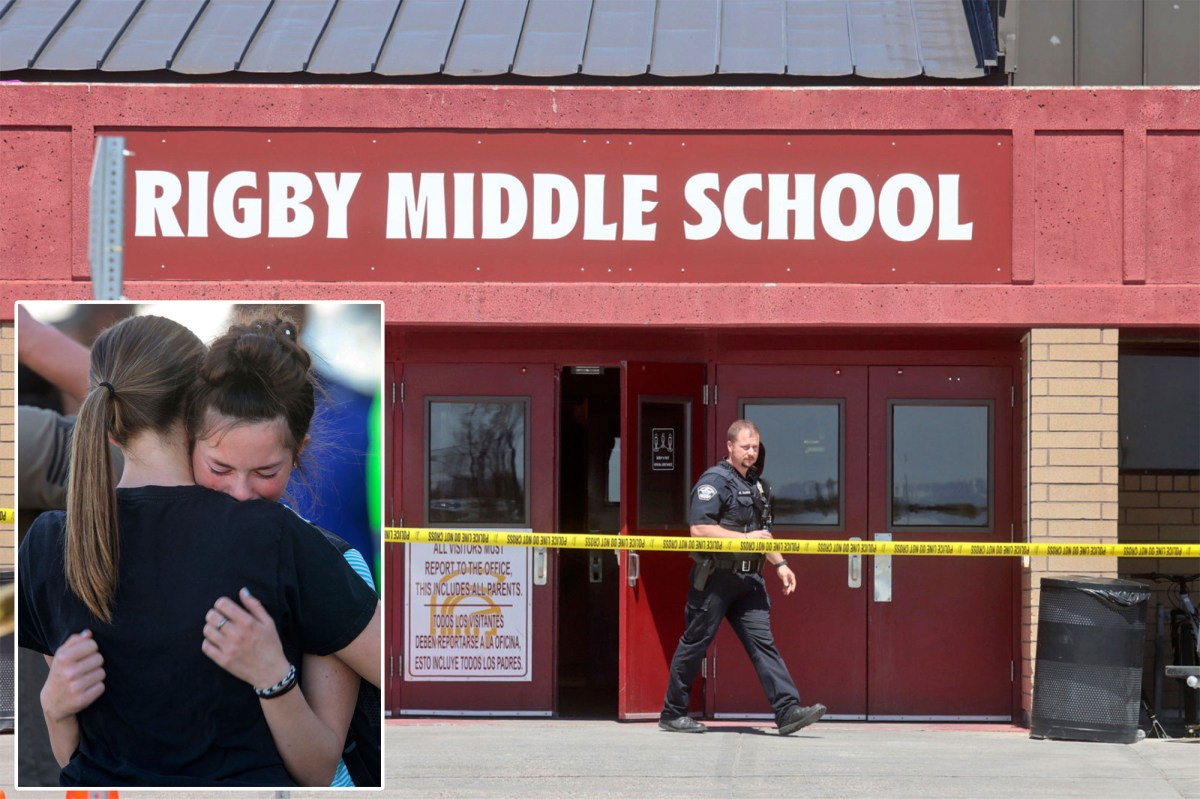 A sixth-grade girl was identified as the person who opened fire at an Idaho middle school Thursday, wounding two students and a custodian before she was disarmed by a teacher.

The victims all suffered bullet wounds to their arms and legs, and are expected to survive their injuries, officials said at an afternoon press conference.

The student pulled a handgun from her bookbag and fired multiple rounds both inside and outside of Rigby Middle School around 9:15 a.m., according to Jefferson County Sheriff Steve Anderson.

The girl was disarmed by the teacher, who restrained her until police arrived, officials said, without elaborating.

The unidentified sixth grader was from the nearby city of Idaho Falls, police said.

Students were evacuated to a nearby high school. About 1,500 kids are enrolled in the middle school, 95 miles southwest of Yellowstone National Park.

“Me and my classmate were just in class with our teacher — we were doing work — and then all of a sudden, there was a loud noise and then there were two more loud noises. Then there was screaming,” 12-year-old Yandel Rodriguez said. “Our teacher went to check it out, and he found blood.”

Police are investigating where the girl got the firearm, and what motivated her to turn it on her young classmates, authorities said.

“Today we had the worst nightmare a school district could encounter. We had a school shooting here at Rigby Middle School,” Jefferson School District Superintendent Chad Martin said.

The incident marked the second school shooting in the small state’s history, and the first since 1999.

In 1989, a Rigby student held a teenager hostage at gunpoint, but police deescalated the situation before anyone was hurt.

Chinese consumers spend over $100B during shopping festival

nypost.com - 7 months ago
Chinese consumers spent over $100 billion during this year’s Singles’ Day shopping festival, signaling a rebound in consumption as China recovers from the coronavirus pandemic and a battering of the economy. From Nov. 1 to Nov. 11, shoppers spent 498.2
Read More

nypost.com - 8 months ago
"My heart and soul have been shattered into a million pieces."
Read More

Knicks hoping for encore from ‘Quickley Quintet’ after thrilling win

nypost.com - 6 months ago
Despite all the mixing and matching Tom Thibodeau has done in training camp, the Knicks coach admitted it was kismet that brought about “The Quickley Quintet” in the fourth quarter of the preseason home opener Wednesday. Led by rookie point guard Immanuel
Read More

nypost.com - 7 months ago
A comedian’s viral Twitter ode to New York bodegas has sparked a heated debate on what exactly sets the city corner mainstays apart from suburbia’s grocery and convenience stores. “People who live outside of NYC and don’t have bodegas: where do you go to
Read More
More News & Articles