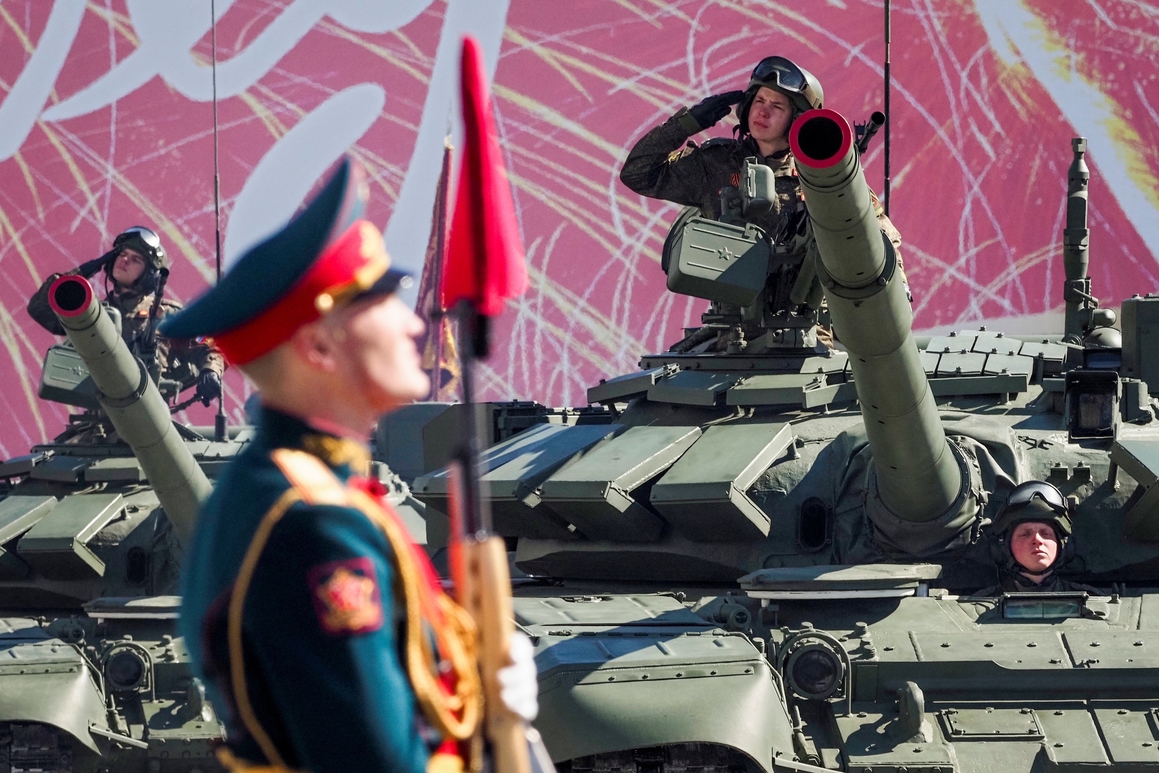 MOSCOW — Russian President Vladimir Putin marked the anniversary of the end of World War II in Europe with a speech warning that Nazi beliefs remain strong.

Speaking to the annual military parade on Moscow’s Red Square, Putin on Sunday decried “attempts to rewrite history, to justify traitors and criminals, on whose hands lies the blood of hundreds of thousands of peaceful people.”

“Unfortunately, many of the ideologies of the Nazis, those who were obsessed with the delusional theory of their exclusiveness, are again trying to be put into service,” he said, without citing specifics.

Opinion | The Trump GOP Isn’t as Different as You Think

www.politico.com - 1 week ago
NEW YORK — Eric Adams released E-ZPass records for several government vehicles Thursday as part of an evolving inquiry into how much time the mayoral candidate and Brooklyn borough president spends at the Garden State co-op he owns with his partner. The
Read More

www.politico.com - 3 weeks ago
Energy Secretary Jennifer Granholm sold her holdings in electric bus maker Proterra this week, DOE confirmed to POLITICO on Wednesday, following criticism from Republicans that she might be profiting from the administration's push for electric vehicles.
Read More

www.politico.com - 4 months ago
Maryland Gov. Larry Hogan said Sunday he sees a clear path forward for the Republican Party without Donald Trump. Hogan, one of Trump's more frequent critics within the GOP, said on NBC's "Meet the Press" that the party needs to build coalitions that are
Read More
More News & Articles