Gloria Tumushabe began teaching weekly computer science classes to girls back home who might not have otherwise had the opportunity to learn the subject.
Author:
Published: 2021-05-09 07:47 pm 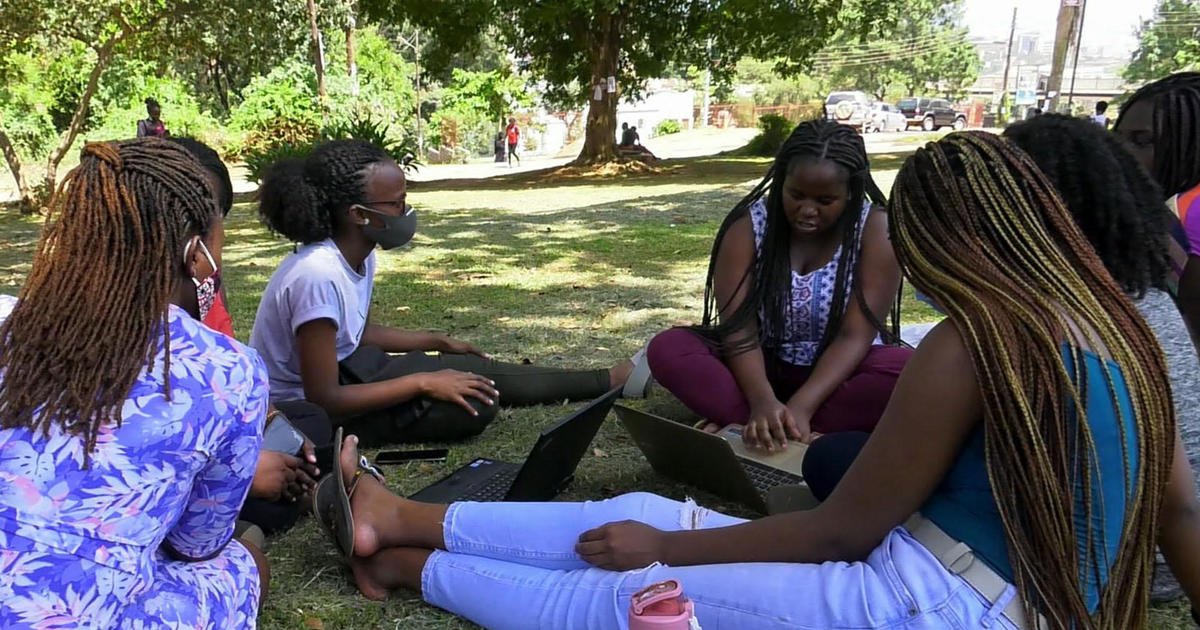 A student at the University of California, Berkeley, who is getting her masters in computer science decided to take on a side project during the pandemic lockdown. A full scholarship launched Gloria Tumushabe's engineering and computer science studies at a top U.S. school, but she says too many others in her native Uganda, 14,000 miles away, are left behind.

"I felt like I won the lottery when I got the letter that said I got into Berkeley and that I got a scholarship," Tumushabe said. "I don't think I slept."

In Uganda, 77% of the population is under 25. Opportunities are limited, she said, especially for women.

"In a lot of homes, it's still very traditional. The woman does more of the housework and the cleaning and all that" she said.

Many of those who do attend school were set back by the pandemic. Martha Atwine is one of them.

"As a girl, I basically had to stay at home and do housework," Atwine said. "That's all I could do in a pandemic."

But a world away, Tumushabe decided to help.

"I thought maybe this is my moment to actually start teaching and really empower these people to learn computer science," she said.

Tumushabe spread the word back home that she'd teach girls how to write computer code.

"Gloria told me to reach out to other girls that were interested. Very many of my friends were interested, but they didn't have laptops," Atwine said. So, they had to figure out how to get computers. Atwine was able to get a hand-me-down, but spotty Wi-Fi kept some girls away. Tumushabe pitched in there, too.

"I'm so lucky. I have a scholarship that gives me a stipend. So part of my stipend goes towards the girls' internet," Tumushabe said.

"I've been able to create some games and then I've also been able to learn how to make websites," Atwine said.

Those Tumushabe helped in this pandemic year will be applying to U.S. colleges. But her work is not finished — she still has her own studying to do.

"Sometimes it feels like a lot, but I get the satisfaction from watching how much my students have grown... And then I get these phone calls like 'Hey, Gloria, I'm calling you to say thank you.'"

She'll head home to Africa — bringing with her, she hopes, lessons for an entire continent.

www.cbsnews.com - 2 months ago
Arizona highway troopers are now offering a $20,000 reward for any leads on the shootings that continue to take place on I-10 in Phoenix. CBS News correspondent Mireya Villarreal reports
Read More

Trump on Christine Blasey Ford, his relationships with Vladimir Putin and Kim Jong Un and more

www.cbsnews.com - 9 months ago
Lesley Stahl speaks with President Trump about a wide range of topics in his first "60 Minutes" interview since taking office.
Read More

Bride given away by man who received her dad's heart

www.cbsnews.com - 2 months ago
A bride who lost her father 10 years ago asked the man who received his heart to walk her down the aisle. Her father was not only there in spirit, but in heart. Jim Axelrod has more.
Read More
More News & Articles