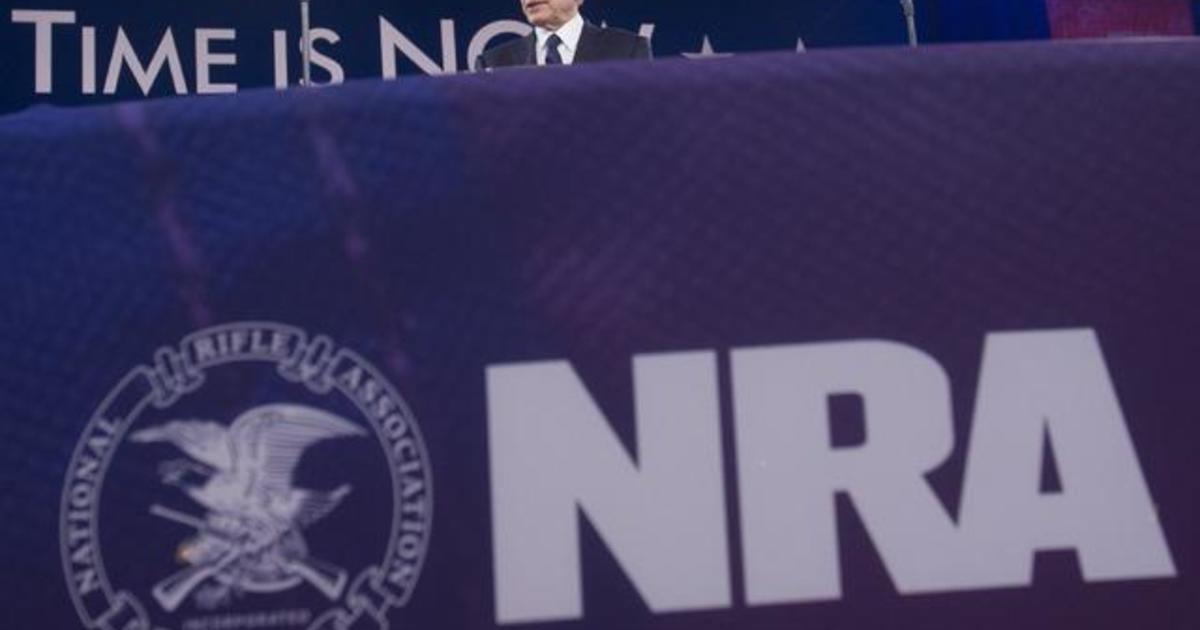 A federal judge in Texas ruled Tuesday that the National Rifle Association cannot file for bankruptcy, a decision that calls into question the gun-rights group's plan to relocate its headquarters to escape oversight by New York regulators.

"The @NRA does not get to dictate if and where it will answer for its actions, and our case will continue in New York court," James tweeted Tuesday after the ruling.

In January, the NRA filed for Chapter 11 bankruptcy protection from its debts, declaring its intent to reorganize and relocate to Texas. The NRA is based in Virginia but has long been chartered as a nonprofit organization in New York state.

"Although we are disappointed in some aspects of the decision, there is no change in the overall direction of our association, its programs or its Second Amendment advocacy," LaPierre said in a statement after Hale's ruling.

"We remain an independent organization that can chart its own course, even as we remain in New York to confront our adversaries," he added.

Hale suggested in his ruling he didn't believe the NRA had filed for bankruptcy solely for financial purposes. "The question the court is faced with is whether the existential threat facing the NRA is the type of threat that the Bankruptcy Code is meant to protect against," he wrote. "The court believes it is not."

Hale's ruling also comes one week after the U.S. Department of Justice publicly objected to the NRA's bankruptcy plan. The Justice Department has also accused the NRA of mismanaging funds.

The judge's ruling comes as a surprise to some bankruptcy experts, who previously told CBS MoneyWatch they expected Hale to appoint an examiner to study the NRA's finances. Hale's ruling is without prejudice, a legal term of art that means the NRA can attempt to file for bankruptcy again if the group wishes.

The NRA did not immediately respond to requests for comment Tuesday.

www.cbsnews.com - 3 weeks ago
This week on "Face the Nation," a surprisingly weak jobs report makes it clear: we're still digging our economy out of the deep hole created by COVID-19.
Read More

www.cbsnews.com - 3 months ago
"At the end of the day, I just don't think we had enough," USMNT's coach Jason Kreis said.
Read More

www.cbsnews.com - 1 month ago
Thousands of gun owners claim Remington 700 rifles have fired without the trigger being pulled. Now, after a class-action settlement agreement and recall, why do most gun owners still have the controversial trigger? Lesley Stahl reports on Sunday, Aug. 13
Read More

www.cbsnews.com - 2 months ago
Forbes magazine's 34th annual Forbes 400 list shows the rich are getting richer, with the combined net worth of listed members at $2.34 trillion dollars. With a record $1.7 billion requirement to make the list, 145 American billionaires did not even make
Read More
More News & Articles