Afghan forces "have to be ready" as U.S. withdraws, top commander says

General Austin Scott Miller said Afghan forces "have the capabilities" to hold back the Taliban after the U.S. leaves.
Author:
Published: 2021-05-11 07:05 pm 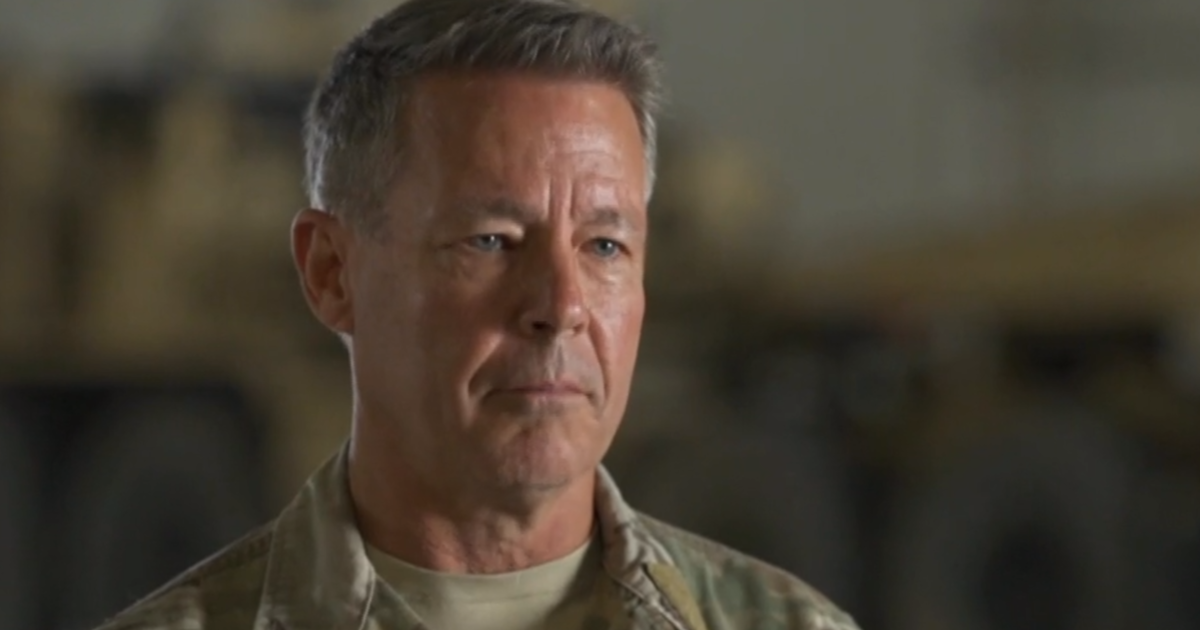 As the U.S. prepares to end its longest war in Afghanistan, the top U.S. commander there said it's the responsibility of the Afghan military to step up.

When asked whether Afghan forces will be ready, Miller said, "They have to be ready."

"As the drawdown goes on our objective is — and my objective personally is — to make sure the Afghan security forces are in the absolutely best possible posture," he said.

Yet Afghan troops have had to rely on U.S. military airstrikes to push back Taliban forces that launched a major offensive as soon as the U.S. drawdown began on May 1. The 2,500 remaining troops in Afghanistan are set to leave by September 11, President Biden announced last month.

"With the terror threat now in many places, keeping thousands of troops grounded and concentrated in just one country at a cost of billions each year makes little sense to me, and to our leaders," Mr. Biden said. "We cannot continue the cycle of extending or expanding our military presence in Afghanistan hoping to create ideal conditions for a withdrawal and expecting a different result. I am now the fourth United States president to preside over American troop presence in Afghanistan — two Republicans, two Democrats. I will not pass this responsibility on to a fifth."

A bombing at a girls' school in Kabul on Saturday that killed dozens underscores the extreme violence that still endures in the country. Another bombing followed in the Zabul province late Sunday, killing at least 11.

"The violence perhaps most concerning is when you start seeing violence that affects civilians. Really an egregious attack against school children this past week," Miller said. "That doesn't appear to have any military purpose. That's terror."

Miller said the next two weeks will be critical. The Taliban declared a three-day ceasefire to mark the Muslim religious holiday of Eid, but history shows the Taliban have emerged from the celebration fighting even harder, Miller said.

"We have to be prepared for it," he said.

At Bagram Air Base, one of the last U.S. outposts in Afghanistan, the heavy lift of dismantling 20 years of American military infrastructure is underway. It's now the main hub for shipping out everything from heavy machinery to packing up printer cartridges.

Miller, the last U.S. commander to leave Afghanistan, said his greatest hope is that Afghan forces will be able to maintain the achievements made during the war.

"It's that they continue to hold and that they defend the people of Afghanistan," he said. "We know there have been gains over 20 years of work here and although we have our orders, we still want to see as many of those gains preserved as possible."

www.cbsnews.com - 5 months ago
Recent projections from the Institute for Health Metrics and Evaluation suggest the U.S. could surpass half a million deaths from COVID-19 by the end of February if states do not take stronger measures to control the pandemic. Dr. Dyan Hes, founder of
Read More

www.cbsnews.com - 2 months ago
Rep. Adam Schiff, D - California, says he has not seen information Chairman Nunes brought to President Donald Trump regarding ongoing investigations into coordination with Russia. "We're all quite in the dark on this," Schiff adds.
Read More

The price of political failure

www.cbsnews.com - 8 months ago
Tony Dokoupil got an up-close look at what happens to absentee ballots once they arrive at an election office in Rockland County, New York. The process there is similar to what happens in many other states.
Read More
More News & Articles