Two planes collide midair above Denver, no one injured

Federal officials say two airplanes collided in midair near Denver on Wednesday and there were no injuries
Author:
Published: 2021-05-13 12:57 am 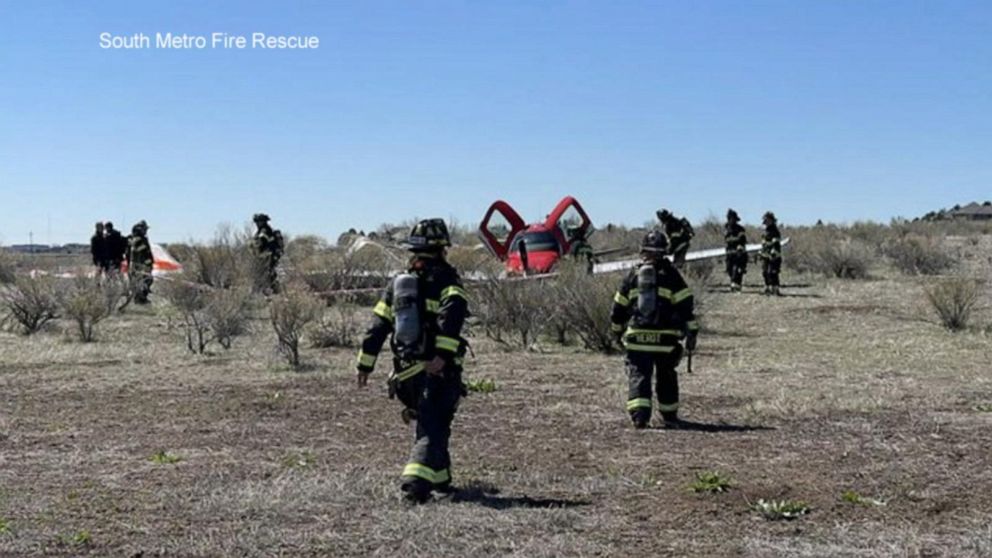 DENVER -- Two small airplanes collided in midair Wednesday near Denver, leaving one aircraft nearly ripped in half and forcing the pilot of the other to deploy a parachute attached to the plane to land safely. Remarkably, no one was injured, officials said.

Both planes were getting ready to land at a small regional airport in a Denver suburb when they collided mid-morning, according to the National Transportation Safety Board and South Metro Fire Rescue.

“Every one of these pilots needs to go buy a lottery ticket right now,” Arapahoe County Sheriff’s Deputy John Bartmann said. “I don’t remember anything like this — especially everybody walking away. I mean that’s the amazing part of this.”

The pilot was the only person aboard a twin-engine Fairchild Metroliner that landed at Centennial Airport despite suffering major damage to its tail section. The plane is owned by a Colorado-based company called Key Lime Air that operates cargo aircraft.

A pilot and one passenger were on the other plane, a Cirrus SR22 single-engine plane that unleashed a red and white parachute to float to a safe landing in a field near homes in Cherry Creek State Park, Bartmann said.

It was not immediately known who owned the Cirrus plane, he said.

The National Transportation Safety Board said in a tweet it was sending staff to investigate the incident. Key Lime Air will cooperate with the investigation, the company said in a statement.

abcnews.go.com - 5 months ago
Most major markets, including New York and Los Angeles, are closed
Read More

abcnews.go.com - 8 months ago
Senate Democrats are calling on an internal watchdog agency to investigate allegations that the White House has sought to undermine coronavirus messaging from experts.
Read More

Hundreds of Hondurans gather to walk in caravan to the U.S.

abcnews.go.com - 6 months ago
Hundreds of Hondurans devastated by recent hurricanes have begun walking towards the United States
Read More

abcnews.go.com - 4 months ago
Supporters of a jailed gunman from an armed extreme-left group who is on hunger strike and in failing health have evaded security and reached the Athens home of Greece’s president
Read More
More News & Articles