How heat waves can kill -- and how to stay safe

As a potentially record-breaking heat wave grips the nation this weekend, doctors are warning people to find air conditioning and stay cool -- or risk a trip to the emergency room and a hospital ice bath.
Author:
Published: 2019-07-19 06:58 am 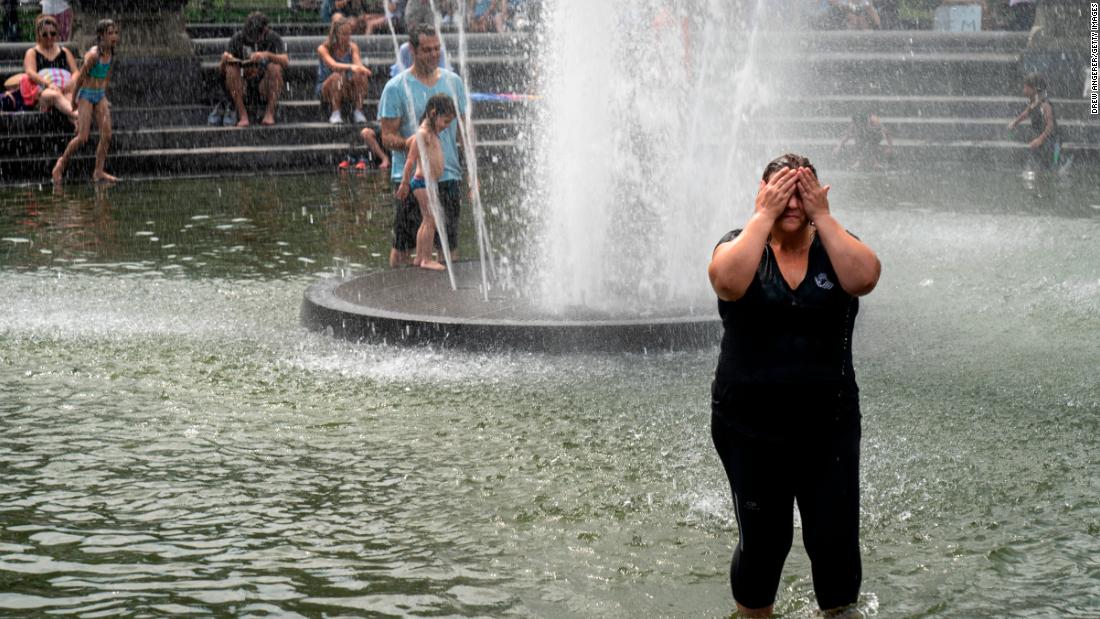 (CNN)As a potentially record-breaking heat wave grips the nation this weekend, doctors are warning people to find air conditioning and stay cool -- or risk a trip to the emergency room and a hospital ice bath.

While dehydration is a common concern as it gets warmer, "the most worrisome consequence" of high heat is heat stroke, said Dr. Scott Dresden, an assistant professor of emergency medicine at Northwestern University. Heat stroke can cause confusion, seizures and even death, he said.

The condition, also known as hyperthermia or heat illness, occurs when someone's body temperature rises above 104°F (40°C). Usually, we cool ourselves off by sweating and widening our blood vessels, bringing heat to the surface of our skin and letting it dissipate.

But sweating becomes ineffective as humidity rises above 75%. Our bodies can only let off heat when the outside environment is cooler than our internal body temperature of 98.6°F.

In older adults, medications can also impair heat regulation, Dresden said, and children face additional challenges controlling their body temperature as it gets hotter. That can lead to dangerous, sometimes deadly, consequences.

"The first symptoms that people will start to feel can often be cramping and dizziness," Dresden said. Those could be managed at home by getting out of the heat and drinking lots of fluids, he added.

"Other, more serious symptoms are if somebody actually passes out or collapses from the heat," he said. That requires medical attention, and "if friends or family or co-workers are noticing that somebody's confused, that is also a severe sign of possible heat stroke" that would warrant a trip to the hospital.

Medical interventions for heat-related injuries aren't always the most pleasant. "We typically use ice baths in our emergency department," Dresden said. "We'll do cold water immersion."

That can rapidly cool someone's body temperature, but patients are sometimes treated before they even arrive at the hospital. "Our Chicago fire department will often pack a patient's neck, armpits and groin in ice packs" to target major blood vessels, Dresden said.

Wet sheets and large fans are also used in the hospital to cool patients, especially if ice baths aren't available. But as an emergency room doctor, Dresden emphasized that preventing heat stroke is almost always easier than treating it.

"Especially for young and healthy people, if you're going to be exercising, do it when it's cooler or do it in an air-conditioned gym when it's really hot outside," he said. "For everyone else -- for everyone really -- wear lighter clothing and make sure that you're drinking lots of fluids."

People can gauge how well they're hydrated by looking at their urine. Too dark, Dresden said, and you probably need more water. That can prevent dehydration, which can lead to muscle cramps, dizziness and severe electrolyte abnormalities, he added.

But above all, "try to get out of the heat whenever you can," Dresden said. Many cities, including Chicago and New York, have opened cooling centers that are free to access.

Lives at risk as the climate warms

Experts say that heat waves like this one are only made worse by the ongoing impact of climate crisis. According to last year's National Climate Assessment, the number of hot days in the US is increasing and we can expect to see many more extreme heat days in the future.

Heat waves have also increased in frequency, rising from an average of two per year to six per year in the last five decades. The threat is especially pronounced in the Northeast, where "the frequency, intensity, and duration of heat waves is expected to increase" due to climate change.

By 2050, the assessment found, the Northeast can expect at least 650 more deaths each year because of extreme heat.

CNN's Dakin Andone and Brandon Miller contributed to this report.

www.cnn.com - 4 months ago
The family of Hae Min Lee, a teenager whose killing in 1999 was profiled on the first season of the podcast "Serial," have asked a Maryland court to halt legal proceedings related to her homicide to address alleged violations of a state victim rights law.
Read More

A former Austin Library employee is accused of stealing $1.3M in printer toner