China, Norway and Tunisia say the U.N. Security Council should swiftly hold an open meeting on the escalating violence between Israel and Hamas militants in the Gaza Strip
Author:
Published: 2021-05-13 02:38 pm 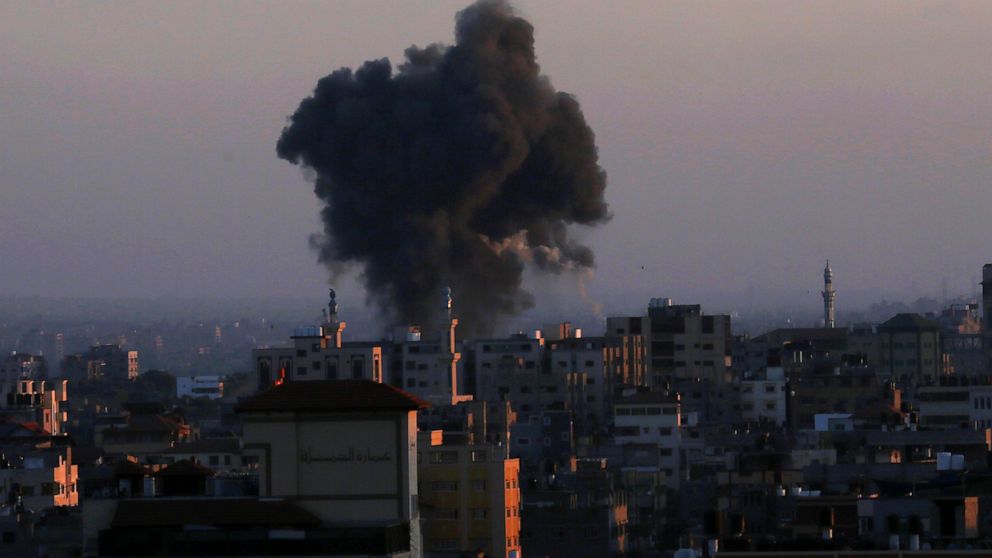 JERUSALEM -- The Latest on the harrowing fighting between Israel and Gaza’s militant Hamas rulers (all times local):

The Pakistani Foreign Ministry said on Thursday that Khan reaffirmed Pakistan’s support for the rights of Palestinian people. The ministry said Khan strongly condemned the attacks on worshippers in the Al-Aqsa Mosque in Jerusalem, as well as deadly airstrikes by Israel in Gaza.

The development came as Hamas sent a heavy barrage of rockets deep into Israel on Thursday as Israel pounded Gaza with more airstrikes and called up 9,000 more reservists.

UNITED NATIONS — China, Norway and Tunisia say the U.N. Security Council should swiftly hold an open meeting on the escalating violence between Israel and Hamas militants in the Gaza Strip.

The three nations sought a council meeting on Friday.

The Security Council has has been silent on the issue, and China said there would be no open meeting. Council diplomats said the United States informed members it couldn’t support the request amid ongoing diplomatic efforts. The U.S. said it would support an open meeting on Tuesday.

Norway’s U.N. Mission tweeted that it is working to reach consensus for a Security Council meeting as soon as possible. It urged a halt to the rocket fire, adding, "Please don’t let innocent civilians suffer.”

abcnews.go.com - 8 months ago
Police say a leader of protests against new coronavirus restrictions in Brooklyn has been arrested on charges of inciting to riot and unlawful imprisonment of a journalist
Read More

abcnews.go.com - 7 months ago
The U.S. Third Circuit Court has rejected the Trump campaign’s appeal of a federal lawsuit filed in Pennsylvania that challenged the outcome of the 2020 elections.
Read More

Democrats seek narrow path to rein in cost of medicines

abcnews.go.com - 3 months ago
A police officer has been shot in his face and the top of his head after responding to a shoplifting call at a department store.
Read More
More News & Articles