"I think this award will enable various guys on various teams to start thinking about what they can do to help things in their community," Abdul-Jabbar told CBS News.
Author:
Published: 2021-05-13 04:52 pm 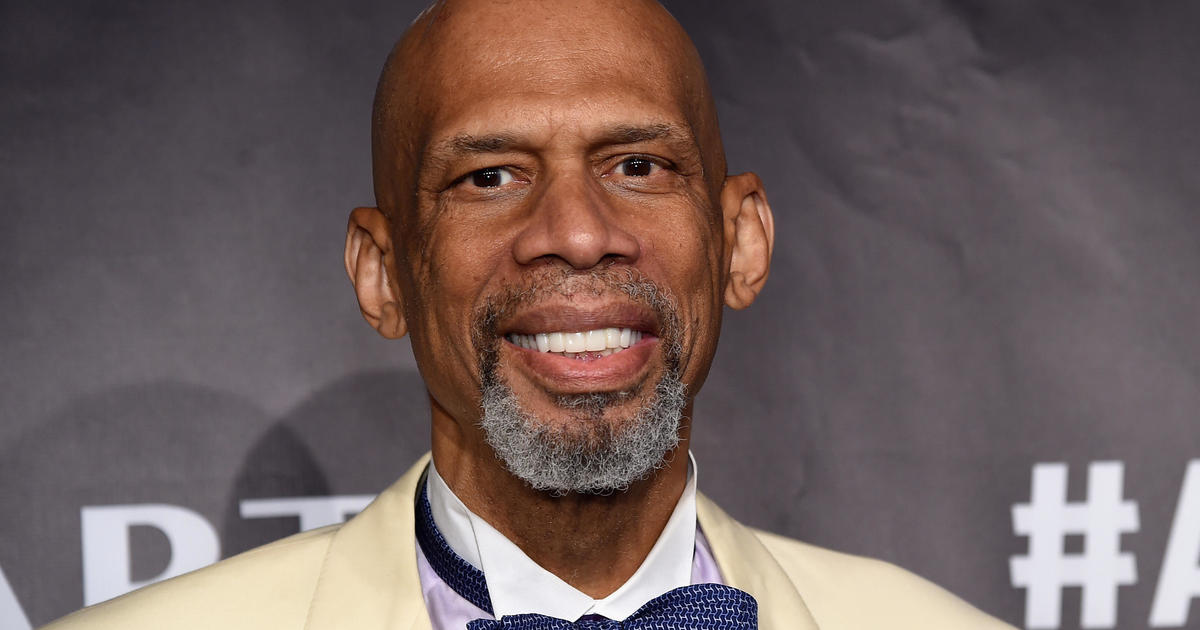 Abdul-Jabbar, a six-time NBA champion and Hall of Famer, is well-known for his social justice work over the years. In a statement, Commissioner Adam Silver said Abdul-Jabar "devoted much of his life to advocating for equality and social justice."

In an interview on "CBS This Morning," Abdul-Jabbar spoke about the award's significance. "I think this award will enable various guys on various teams to start thinking about what they can do to help things in their community," he said. "They can become activists, people who are leaders in their community."

The NBA legend reflected on other trailblazers in sports that have come before him. "Bill Russell comes to mind immediately because I played basketball and I followed his career," Abdul-Jabbar said. "Muhammad Ali was a friend of mine and his example helped me early on when I was in high school — there was someone that I admired and who made me proud to be a Black American."

Abdul-Jabbar protested joining the draft for the Vietnam War and in 1968, as a 20-year-old, declined to play for Team USA in the Olympics. "The president of the Olympic Committee, Avery Brundage, is the same guy who had refused to let Jewish athletes compete in the 1936 Olympics because he didn't want to annoy Hitler," he said. "That was somebody who I just couldn't cooperate with him."

The 1968 Olympics famously featured sprinters Tommie Smith and John Carlos raising their fists during their medal ceremony to protest racism and injustice against Black Americans. "I was glad that somebody represented that aspect of how Black Americans felt about the Olympics," Abdul-Jabbar said.

For him, it's important for athletes to use their voice, such as former NFL quarterback Colin Kaepernick and Los Angeles Lakers superstar LeBron James.

"Without somebody providing leadership, we're not gonna have any change," he said. "We won't be able to realize the necessary changes if people don't get out there to bring out the issues and show some leadership."

"We all have a right to express our opinions and in our community, in the Black community, we have a duty to deal with issues that bother us because there's been a lot of injustice in our country that's been perpetrated against people of color."

www.cbsnews.com - 3 months ago
Calls for Ethiopia to end a months-long, deadly conflict in the northern Tigray region are intensifying after reports of widespread atrocities. Thousands of people have died and millions were displaced by the fighting. CBS News foreign correspondent Debor
Read More

www.cbsnews.com - 6 months ago
Opera legend Andrea Bocelli and his 8-year-old daughter, Virginia, will be delighting fans with a Christmas concert livestreamed from Italy. Norah O’Donnell has more.
Read More

www.cbsnews.com - 1 month ago
Police are seeking information on a suspect who pushed down an elderly veteran as he was protecting an American flag outside his home, CBS Dallas/Fort Worth's Yona Gavino reports.
Read More

Christmas: Really the most wonderful time of the year?

www.cbsnews.com - 2 months ago
As we inch closer to Christmas, Americans can project the spirit of jolly St. Nick, or a Grinch-like scowl, depending on how they feel about the holiday. Many are down about the over-commercialization of Christmas, but contributor Bill Flanagan tells us
Read More
More News & Articles