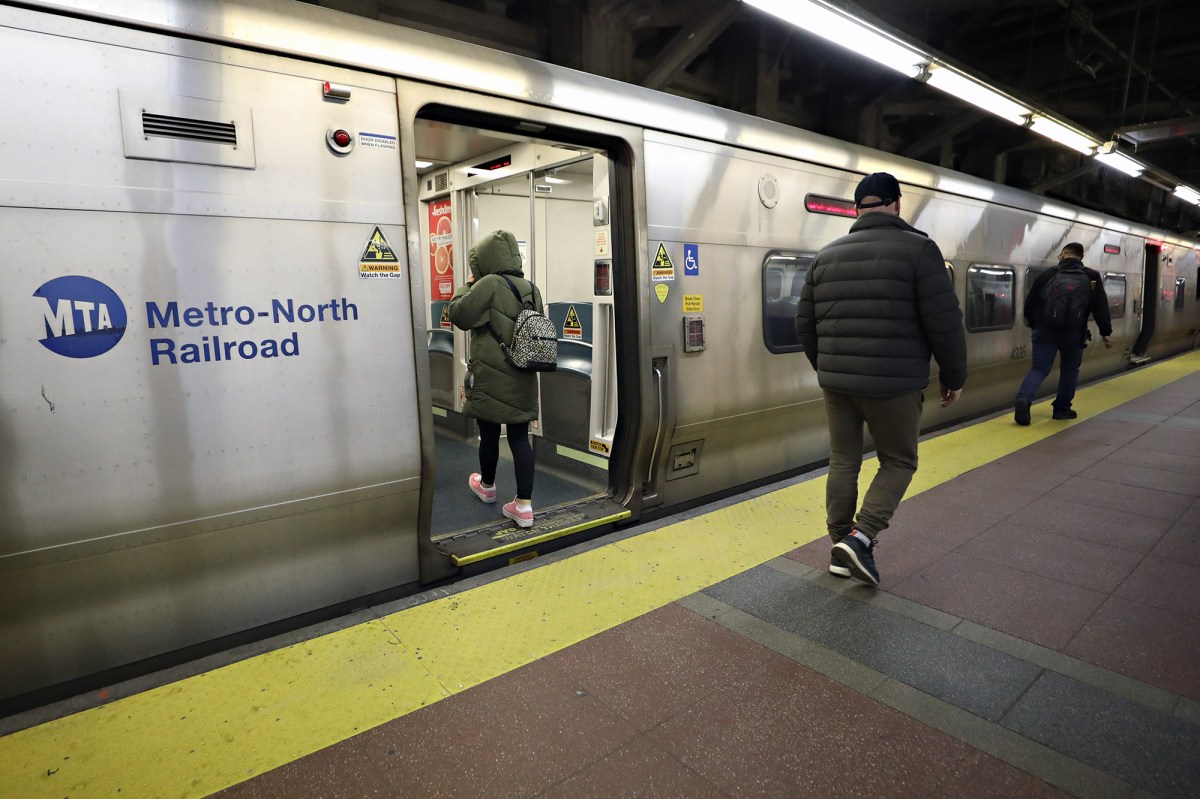 The feds have given the green light for the MTA’s plan to build four new Penn Station-bound Metro-North rail stations in the Bronx, Gov. Andrew Cuomo announced today.

The project, known as “Penn Station Access,” will be completed by 2025, Cuomo said during a press conference with Bronx pols. The federal thumbs up means officials can now conduct an environmental review of the plan, which has been years in the making.

“This is happening. It’s happening and it’s happening now,” Cuomo said. “The RFP goes out today, we do an environmental assessment, we’re going to aware the project next year, it’s going to be completed in four years, 2025.”

“It is going to be transformative for these communities,” he added.

The four new stations will be located along an existing Amtrak route in the east Bronx communities of Hunts Point, Parkchester, Morris Park and Co-Op City — connecting the busy New Haven Line to Penn Station.

New Haven-bound trains currently go in and out of Grand Central on Manhattan’s east side, and typically skip most local stops along the way.

The MTA plans to accept public comments on the plan for 45 days, the governor’s office said in a release.

“The most cost-effective capital projects are those that squeeze more mass transit service out of existing infrastructure, rather than always building something new from scratch,” MTA construction chief Janno Lieber said in a statement.

“By rebuilding this under-utilized Amtrak rail line to accommodate new Metro-North service, this project will give East Bronx residents better access to jobs, education and a full range of opportunities.”

nypost.com - 2 months ago
Moline High School Principal Trista Sanders contacted police in November after she was tipped off that the teacher posted a video of herself having sex, according to the Quad-City Times.
Read More

Boston man charged with firing 11 shots at cops during looting

nypost.com - 11 months ago
A Boston man accused of opening fire on police during widespread looting and vandalism in that city is now facing federal charges, prosecutors said. John Boampong, 37, was charged Thursday with assaulting a federal officer, interfering with a law
Read More

At least two dead after winter storm rips through California

nypost.com - 5 months ago
At least two people have died during a winter storm that ripped through California this week, authorities said. A person who had been trapped in a flooded storm drain system along with seven others near a Mexican border crossing in San Diego died Friday
Read More

Rays get best revenge for past Yankees beanings: ‘Win games’

nypost.com - 2 months ago
The Yankees hit the Rays again. The Rays punched the Yankees in the mouth. The ongoing beanball war between the rivals mostly paused Friday and the fight never got started because the Rays did exactly what they promised to do before the game on the way to
Read More
More News & Articles