Nothing says legendary quite like two walk-offs without a hit in four career at-bats. The Mazeika magic is real for the Mets.
Author: Jake Brown
Published: 2021-05-13 05:55 pm 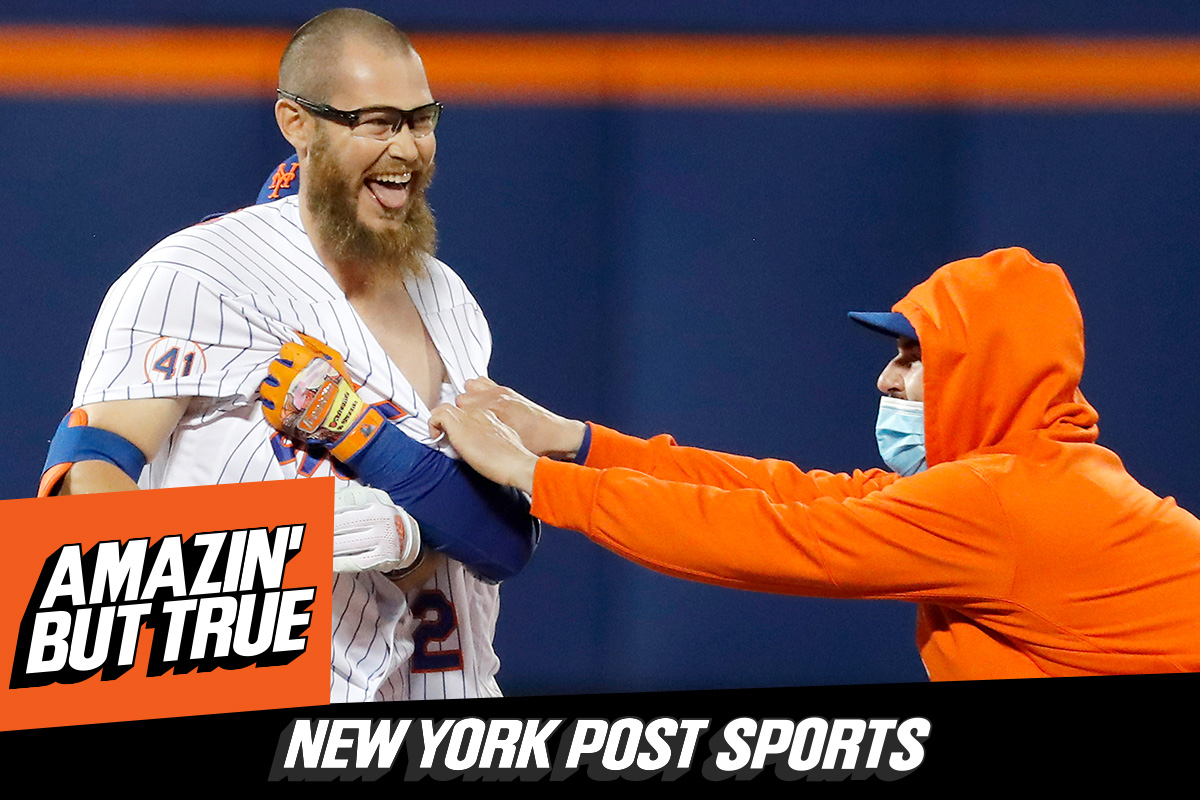 Nothing says legendary quite like two walk-offs without a hit in four career at-bats. The Mazeika magic is real. The Mets are the hottest team in baseball as a result, winning seven straight, sitting atop the NL East standings. Despite all the rainouts, injuries, hitting coaches getting fired and all the drama, the Mets are sizzling hot.

To talk about the magic, the win streak and Matt Harvey’s return to Queens, we bring you a brand new episode of the “Amazin’ But True” podcast with former Met Nelson Figueroa and me, featuring an interview with the legendary Jesse Orosco.

Catch up on all episodes of “Amazin’ But True,” a New York Mets podcast, by subscribing to the podcast on Apple Podcasts, Spotify or wherever you get your podcasts. Follow Jake Brown on Twitter and Instagram @JakeBrownRadio and Nelson Figueroa @FiggieNY. New episodes are every Monday and Thursday.

‘Twisted’ justice in Minneapolis and other commentary

nypost.com - 7 months ago
He had it his way -- then he got arrested.
Read More

There is no excuse left for keeping NYC schools closed

nypost.com - 3 months ago
For many Americans, watching the first person in the United States receive the COVID-19 vaccine was the first step on the long road back to normalcy. It was the beginning of the end: of a year of anguished lockdowns, job layoffs and furloughs — and, for
Read More

nypost.com - 4 months ago
Robert Malone fills out four repair tickets every month for his studio apartment at NYCHA’s Brownstones — buckling walls, a rotted window frame, cracks in the ceiling, a crumbling subfloor in the kitchen. His requests go into a pile of open work orders
Read More
More News & Articles