Belarus’ push for democracy is another blow to Vladimir Putin

The forces of freedom are pushing to wrest another country free of a Vladimir Putin ally, as a mass-protest movement aims to stop Belarusian President Alexander Lukashenko, aka “Europe’s last dictator,” from stealing the Aug. 9 election. Daily
Author: Post Editorial Board
Published: 2020-10-03 11:12 pm 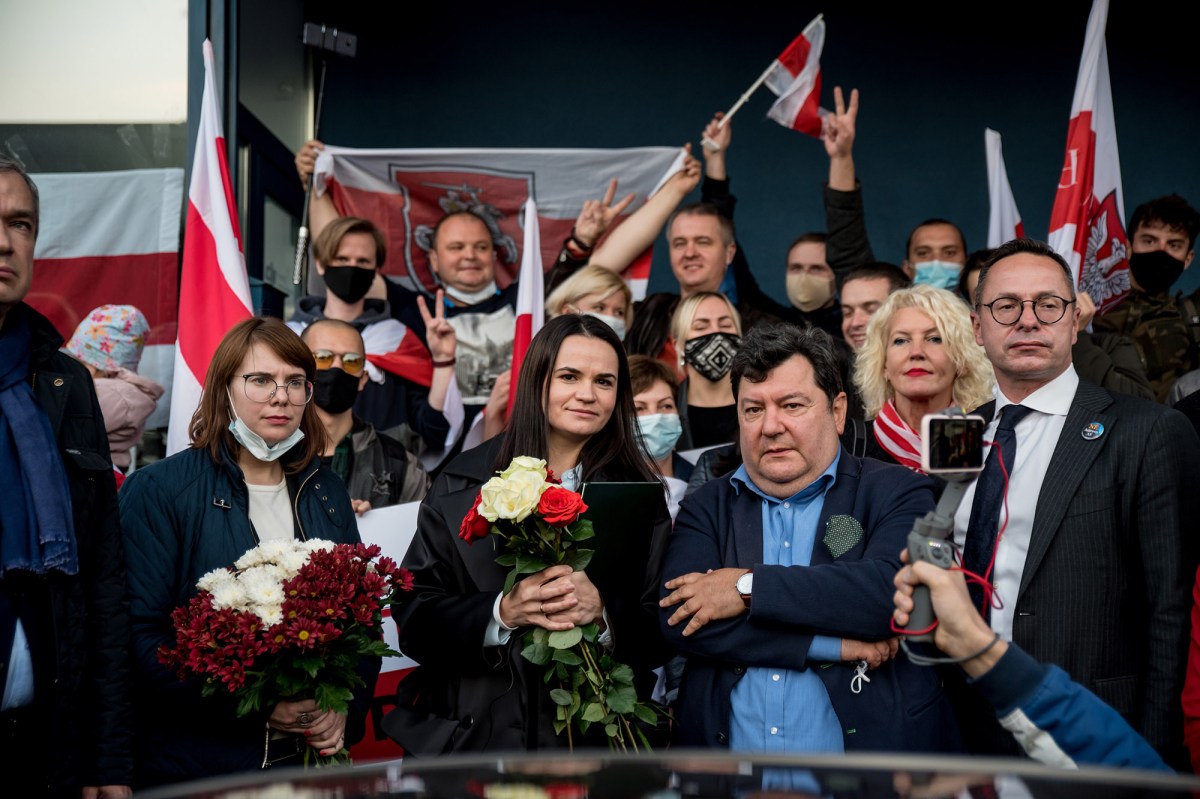 The forces of freedom are pushing to wrest another country free of a Vladimir Putin ally, as a mass-protest movement aims to stop Belarusian President Alexander Lukashenko, aka “Europe’s last dictator,” from stealing the Aug. 9 election.

Daily demonstrations have escalated ever since Lukashenko declared he’d won his sixth term in office with 80 percent of the vote. In a nation of 9.5 million, hundreds of thousands are showing for the pro-democracy protests.

With poll workers’ testimony confirming the widespread belief the vote was rigged, the United States and many other nations are refusing to acknowledge the election as legitimate.

Lukashenko rejects stepping down or holding another election. His government has exiled or imprisoned all the top leaders of the opposition party; his “defeated” opponent Svetlana Tikhanovskaya is hiding out in Lithuania until further notice.

He’s also overseen the arrest of more than 12,000 protesters — with nearly 70 prisoners gone missing and four turning up dead. In the first few days after the election, police hit crowds with tear gas, rubber bullets and water cannons. Canada and Britain have issued sanctions on Lukashenko’s government for human-rights violations against the protesters, joining Lithuania, Estonia and Latvia in doing so.

Washington has had its own sanctions on Lukashenko since 2006 but has yet to impose more over the crackdowns. It may be waiting to move at the same time as the European Union — which is stalled in another of its interminable disputes. (Cyprus says it will veto everything until the EU backs it in a dispute with Turkey.)

Putin, meanwhile, has offered military assistance to Lukashenko and joined the dictator in accusing Washington of promoting revolution in Belarus. The Kremlin relies on Belarus as a buffer against NATO and a conduit for exports of oil and gas — and the Russian strongman doesn’t want real democracy getting any closer to Moscow.

Indeed, Putin’s Russia has routinely invaded nations on its periphery that try to go their own way, seizing territory from Georgia and Ukraine while also sending in barely covert operatives to create a Ukrainian “civil war.”

But the turn in Belarus is a sign that his strategy is failing on a larger scale, as the people of Belarus join the push for democracy. Their refusal to continue submitting in silence to their dictator of 26 years is a monumental step.

Tikhanovskaya told Politico that it is the “responsibility of the Belarusian people to stand for their freedom, for their rights,” but she asked every country to “just be ready to help us.”

The West won’t do much more than sanction — though it should slap Putin’s regime as well as Lukashenko’s if Russia does send in troops or its “little green men.” But Washington and the Europeans must find ways to offer as much help and support as possible to the forces of freedom.

After all, a loss for Putin is a win for democracy everywhere.

Henrik Lundqvist says his open-heart surgery was a success

nypost.com - 3 months ago
Henrik Lundqvist says his open-heart surgery was a success and that he is recovering. “Day 3. Surgery went really well,” he wrote on social media with a picture his daughter, Juli, drew. “About 5 hours to get it all taken care of. Really appreciate the
Read More

nypost.com - 2 months ago
Katy Perry and Orlando Bloom have been settling into their new Montecito family home for the past five months.
Read More

nypost.com - 7 months ago
A Pennsylvania judge threw the book at several protesters — setting their bail at $1 million each — for allegedly rioting in wake of the police shooting of a knife-wielding Lancaster man. Lancaster police nabbed a dozen people and one juvenile for staging
Read More
More News & Articles