A gaggle of far-left Democrats — including members of the so-called “Squad” — paraded onto the House floor Thursday night to deliver a series of rhetorical broadsides against Israel, with some linking the Jewish state’s latest conflict with Hamas to issue
Author: Samuel Chamberlain
Published: 2021-05-13 11:35 pm 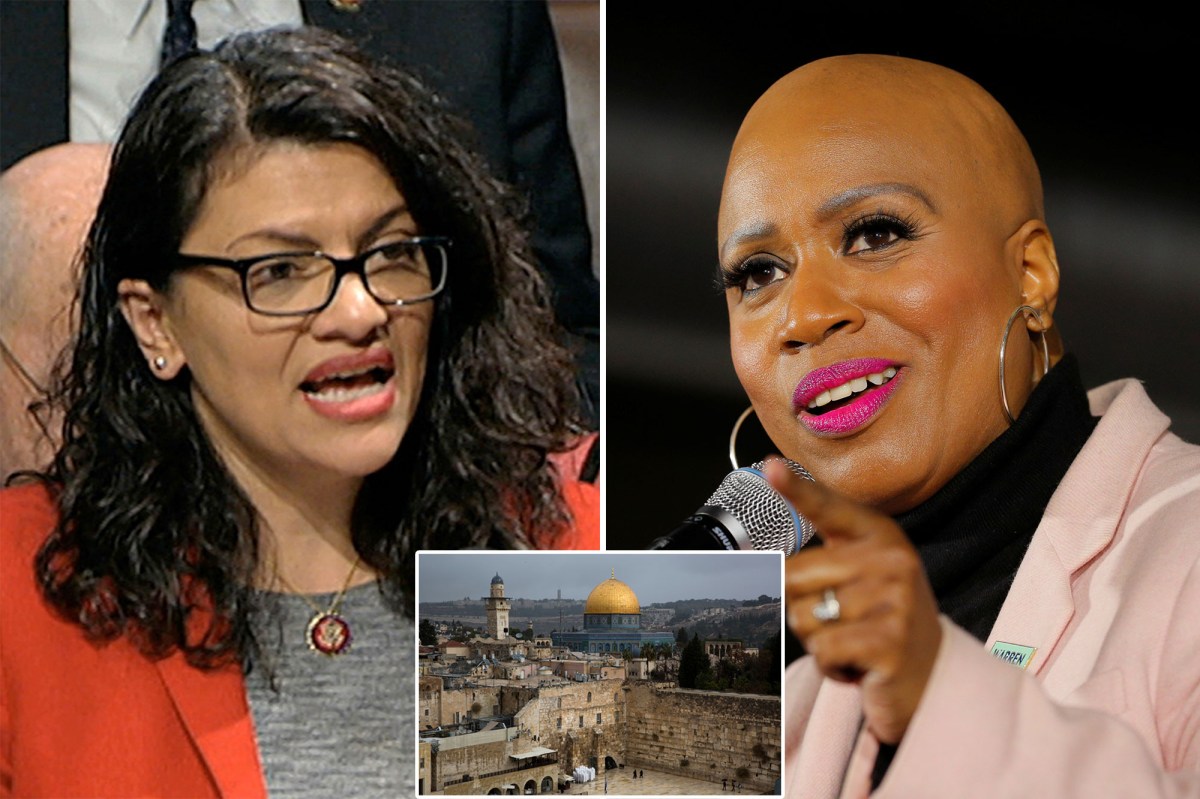 A gaggle of far-left Democrats — including members of the so-called “Squad” — paraded onto the House floor Thursday night to deliver a series of rhetorical broadsides against Israel, with some linking the Jewish state’s latest conflict with Hamas to issues like racism and illegal immigration in the US.

“As a black woman in America, I am no stranger to police brutality and state-sanctioned violence,” said Rep. Ayanna Pressley (D-Mass.). “We have been criminalized for the very way we show up in the world … Palestinians are being told the same thing as black folks in America: there is no acceptable form of resistance.”

Rep. Ilhan Omar (D-Minn.) condemned Israeli Prime Minister Benjamin Netanyahu as “a far-right ethno-nationalist” on the House floor and asked: “How can we pay lip service to a Palestinian state, yet do absolutely nothing to make that state a reality while the Israeli government we fund tries to make it impossible?”

Rep. Rashida Tlaib (D-Mich.), the first Palestinian-American woman elected to Congress, told her colleagues that “Palestinians aren’t going anywhere, no matter how much more money you send to Israel’s apartheid government” before rounding on the Biden administration over its response to the conflict.

“To read the statements from President Biden, Secretary [of State Antony] Blinken, [Secretary of Defense] General [Lloyd] Austin, and leaders of both parties, you’d hardly know Palestinians existed at all,” said Tlaib, who became visibly emotional at several points in her remarks.

That criticism was echoed by Rep. Alexandria Ocasio-Cortez (D-N.Y.), who acknowledged that “the president stated that Israel has a right to self-defense” before asking, “do Palestinians have a right to survive?”

Biden said earlier Thursday that he spoke with Netanyahu about calming the fighting but added that “there has not been a significant overreaction” by Israel. Blinken said Thursday he had spoken to both Netanyahu and Palestinian President Mahmoud Abbas.

A day earlier, the Pentagon issued a statement saying Austin had spoken with his Israeli counterpart Benny Gantz, during which Austin “conveyed the Department’s ironclad support for Israel’s legitimate right to defend itself and its people, and … condemned the launching of rockets by Hamas and other terrorists [sic] groups that targeted Israeli civilians.”

As the speeches continued, the Israeli military said that its air and ground troops had struck Gaza in what appeared to be the heaviest attacks yet.

“I said we would extract a very heavy price from Hamas,” Netanyahu said in a videotaped statement. “We are doing that, and we will continue to do that with heavy force.”

nypost.com - 5 months ago
Bloomingdale’s is celebrating the new year with some amazing markdowns during its Winter Break sale. During the sale, you can enjoy an extra 50% off clearance items and up to 50% off regular-priced items. These savings can add up to a total of over 70% of
Read More

nypost.com - 2 weeks ago
Another titan in college basketball is on his way out.
Read More

nypost.com - 7 months ago
Tiger Woods made history Sunday at the 2020 Masters, history he’ll wish he could soon forget. Woods had a complete meltdown on the par-3 12th hole at Augusta National, hitting his ball into the water three times while shooting a 10 in what is the highest
Read More
More News & Articles