Brandon Nimmo’s return to Mets looks near after big step 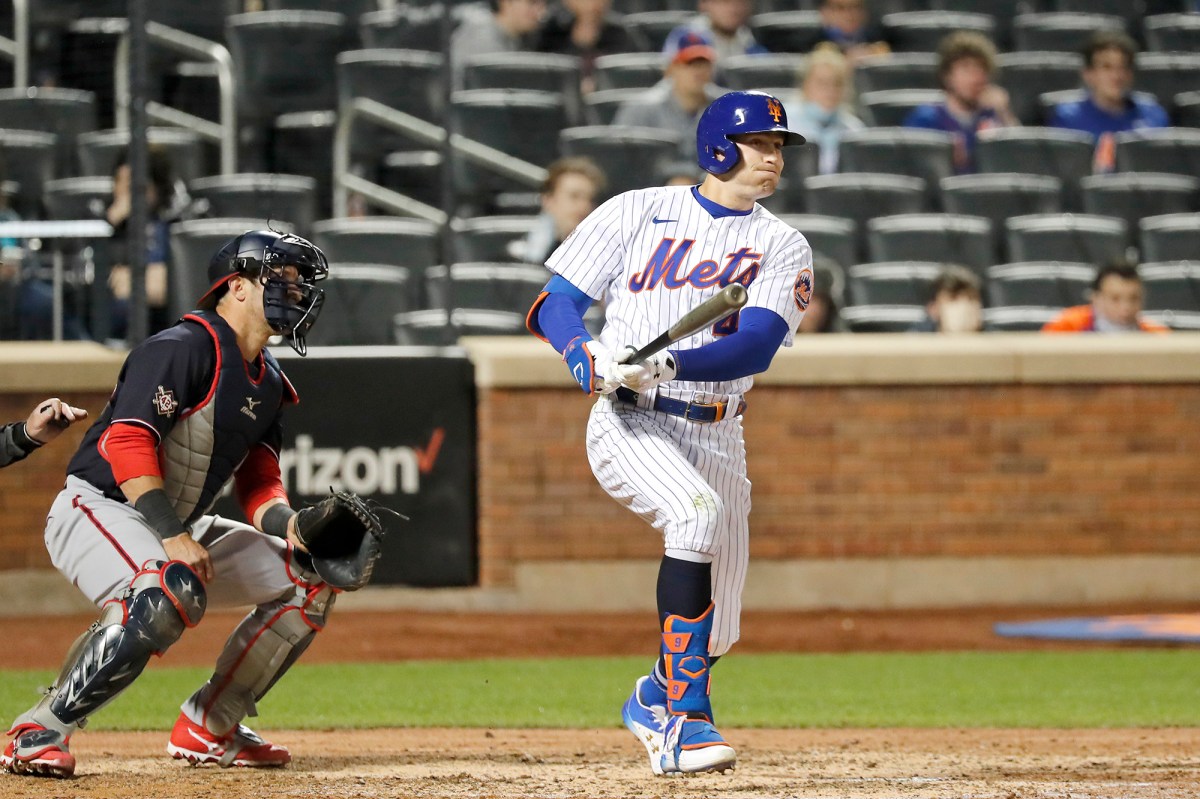 After spending the past 10 games sidelined by a bone bruise in his left index finger, the outfielder began a minor league rehab assignment Thursday for Triple-A Syracuse at Worcester, going 0-for-3 and playing three innings in center field.

Nimmo sustained the injury during the Mets’ series in Philadelphia two weeks ago, when he got jammed by a pitch.

In the same series, the Mets lost J.D. Davis with a left hand sprain. In recent days, the Mets placed another outfielder, Albert Almora Jr., on the IL after he sustained a left shoulder contusion upon crashing into the center-field fence at Citi Field attempting to make a catch.

Nimmo has been among the Mets’ most productive offensive players, with a .318/.430/.439 slash line with one homer and eight RBIs. Kevin Pillar has mostly played center field in Nimmo’s absence, with Jeff McNeil taking the bulk of the at-bats from the leadoff spot.

David Peterson will attempt to keep the Mets’ string of superb starts by pitchers intact. During the Mets’ seven-game winning streak, the starters have pitched to a 1.80 ERA.

The lefty Peterson will get the ball on Friday at Tropicana Field for his first career start against the Rays.

The one subpar start during the winning streak belongs to Peterson, who lasted just 1 ²/₃ innings against the Diamondbacks last Friday. In that he appearance he allowed three earned runs on three hits and three walks, but the Mets rebounded to win the game 5-4 in 10 innings.

The Mets will be playing their first series at Tropicana Field since 2015.

nypost.com - 1 month ago
ST. PETERSBURG, Fla. — The Yankees’ COVID outbreak now includes a player. Gleyber Torres was placed on the COVID-19 IL after receiving a positive test, the team announced before Thursday’s series finale against the Rays. Miguel Andujar was recalled from
Read More

nypost.com - 5 months ago
The 2020-21 season has been a tough one for Miami, with tons of injuries to venture through, but the return of Kameron McGusty might be just what it needs to right the ship against Notre Dame. McGusty returned to the lineup in the team’s most recent game
Read More

nypost.com - 11 months ago
Four in five parents have thought about homeschooling their little ones for the upcoming school year, according to new research. The poll of 2,000 parents of school-aged children found within that, 43 percent are seriously considering the option of
Read More

nypost.com - 2 weeks ago
The Mets likely will have to go through one, and maybe two, California teams if they qualify for the playoffs in October.
Read More
More News & Articles