Will Oriole Park at Camden Yards heal the Yankees’ offense like a visit to Key West healed Billy Crystal and Gregory Hines in “Running Scared”? If it doesn’t, should that send the Yankees running scared? Stipulated, pitching dominates the game more than
Author: Ken Davidoff
Published: 2021-05-14 12:50 am 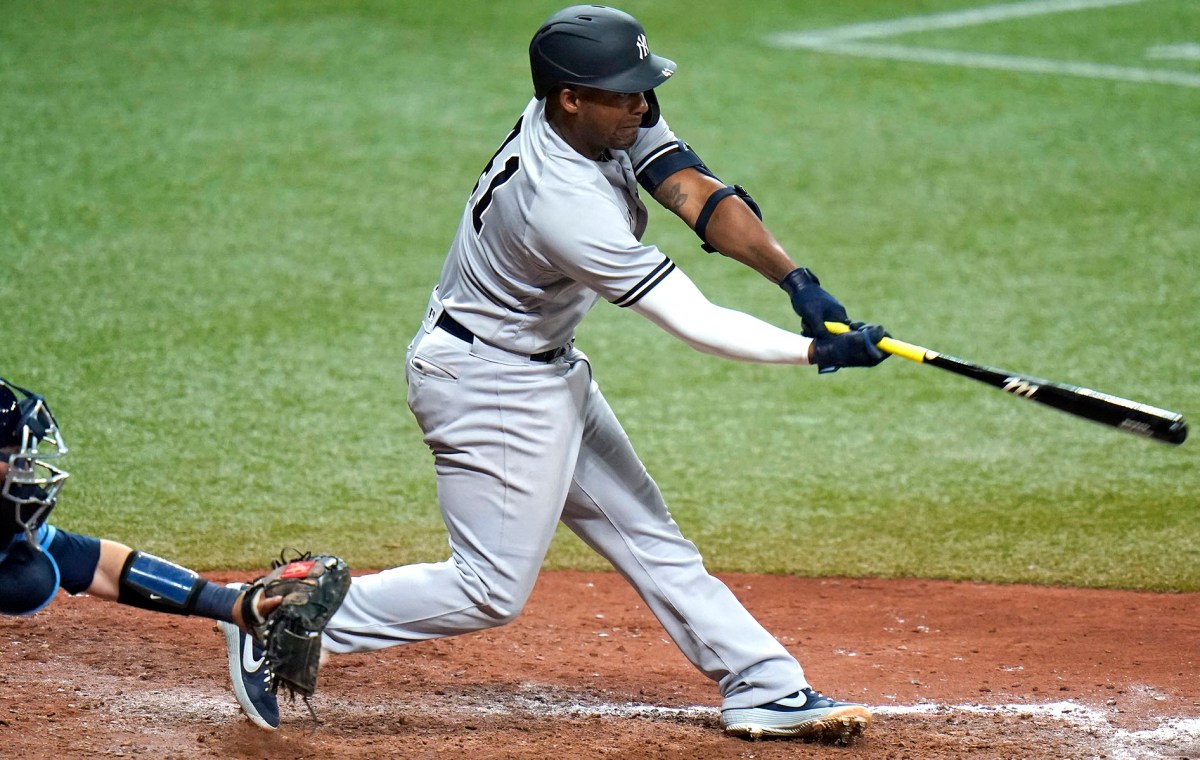 Will Oriole Park at Camden Yards heal the Yankees’ offense like a visit to Key West healed Billy Crystal and Gregory Hines in “Running Scared”?

If it doesn’t, should that send the Yankees running scared?

Stipulated, pitching dominates the game more than ever in 2021. Yet the Yankees’ batsmen aren’t struggling simply relative to recent seasons. They rank among the worst such units in the American League. So when their pitching downshifts from excellent to lousy, as it did Thursday night at Tropicana Field, the result is a 9-1 beatdown at the hands of the Rays — ending their four-game winning streak with a thud.

“We didn’t swing the bats too well. Thankfully we had great pitching,” DJ LeMahieu said. “We swung it just enough to win the series.”

Over their past five games, the Yankees have totaled 12 runs, a little over two per contest. Their 4-1 record during that stretch exemplifies the strength of their pitching, an attribute that certainly would come in handy during the postseason, and it also reflects positively upon their fortitude, given how hard they competed as they endured an unnerving “breakthrough” outbreak of COVID-19 that sidelined Gleyber Torres, three coaches and four support staff members. This loss didn’t block out the bright reality that the Yankees have now won their last four series, are 5-0-2 in their last seven sets and just stopped their skid of seven straight series losses to the rival Rays. They have departed crisis mode.

Some more runs, however, would ease the Yankees’ path to October.

Against the game’s oldest competitor Rich Hill, 41, the Yankees managed only three hits and three walks in 6 ²/₃ innings, striking out nine times. What good is such a righty-leaning lineup if it can’t touch up a soft-throwing southpaw?

“He kept us off balance all night,” Aaron Boone said, crediting Hill for changing speeds and arm angles to deliver his trademark curveball, which traveled as slow as 67 miles per hour “and we just weren’t able to amount enough against him.”

With 143 runs on the season, an average of 3.86 per game, the Yankees led only the Orioles (3.73) and Tigers (3.43) going into West Coast action Thursday. Much of that damage came in the early going, when virtually no one was looking like himself. Now, twin behemoths Aaron Judge and Giancarlo Stanton have enjoyed some success; each contributed a hit against Hill.

Nevertheless, too many holes exist in the Yankees’ lineup. You can point a big fingers at Clint Frazier (.141/.282/.283), arguably the biggest disappointment to date, who went 0-for-3 with a walk. And with Torres, Aaron Hicks (left wrist) and Luke Voit (easing his way back into action) out of the lineup, their replacements Miguel Andujar (playing third base, with Gio Urshela shifting over to shortstop), Brett Gardner and Mike Ford combined to go 0-for-10 with two walks.

“[There are] a few guys that are still scuffling to really get it going,” Boone acknowledged. “As an offense, we’re usually really strong when everyone’s kind of grinding you down a little bit. A few guys are still working hard to get clicking.”

If they don’t click this weekend in Baltimore, then when and where will they? Consider that the Yankees’ .799 OPS in four Oriole Park games ranks as their best such rate anywhere this season. While they were nothing special there last year (.663, sixth of the nine ballparks in which they played), they put up a 1.123 OPS there in 2019, their second-best location, and .895 in 2018, third-best. Of course, a good portion of that can be attributed to lousy Orioles pitching, which may not be as lousy anymore.

“We’re grinding. We’re putting together some good at-bats, some good innings,” Stanton said, although the evidence doesn’t necessarily support that, “but we’ve got to do that through and through all nine innings.”

“We’re in a good place,” LeMahieu insisted. “We’re ready to move onto Baltimore.”

Giants vs. Browns line, analysis and predictions for all Week 15 NFL games

Breaking down good, bad and ugly of Giants’ roster

nypost.com - 2 months ago
More than a year after the coronavirus lockdowns slammed the Big Apple, life appears to be returning to parts of Manhattan, which is helping the island’s struggling restaurant industry bounce back. While areas dominated by office towers continue to
Read More

nypost.com - 1 month ago
Retailers are finding themselves caught in the middle of the CDC’s new guidance allowing vaccinated people to ditch their masks in public places -- both indoors and outdoors except in certain circumstances.
Read More
More News & Articles