The New York City Democratic mayoral primary has been playing out in the shadows -- of the Covid-19 pandemic, of President Joe Biden's first months in office, and former President Donald Trump's corrosive election lie.
Author:
Published: 2021-05-14 12:29 am 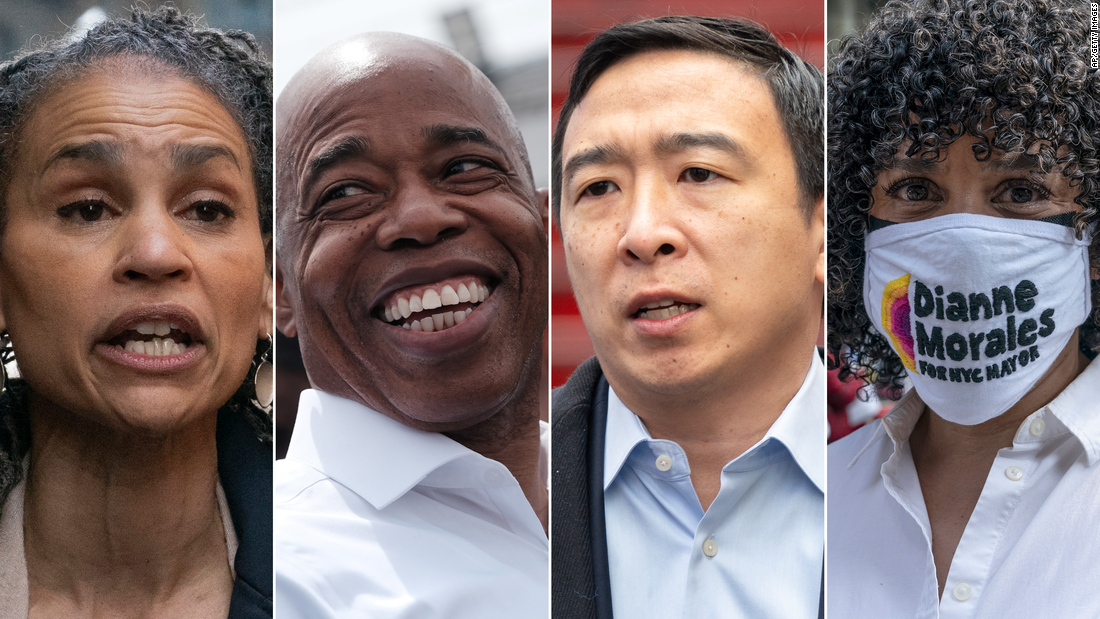 But on Thursday night, the eight leading Democratic candidates to succeed the outgoing, term-limited Mayor Bill de Blasio finally received top billing at their first official debate. Though they shared the spotlight, they did not share a stage, as the gathering took place over Zoom -- which squeezed some of the juice out of the evening's more heated exchanges.

Despite a handful of pointed jabs, the candidates mostly used the occasion to introduce themselves to voters first tuning into the race. But a few themes quickly emerged -- none more prominent than how the candidates would combat a citywide rise in deadly gun violence. Stringer, in particular, crystallized the vibe when he acknowledged worries that the city could, without a change of course, slide back into the morass of the 1970s and 1980s, when crime was rampant and a demoralized city teetered on the edge of bankruptcy.

Yang entered the night as the most experienced debater -- and it showed.

He didn't fight for facetime, like some others, and escaped the expected barrage of attacks. But when they came -- most pointedly from Adams -- he turned his cheek and stayed on his (mostly positive) talking points.

Given the chance to, as the moderator described it, "cross-examine" their rivals, Yang turned to Morales and asked if she thought direct financial aid to the poorest New Yorkers was a good idea. It was a clever turn -- Morales said she did (but cautioned that Yang's plans didn't go far enough) -- that might have earned Yang a touch of goodwill with progressives, who hold Morales in high regard and have been turned off by his attacks on the "Defund the Police" movement.

Adams accused Yang of taking too much credit for those historic victories -- credit, he said, that should go to Stacey Abrams and the Black women who worked for a decade to mobilize Georgia voters. Yang's comments, he said, were "disrespectful and appalling."

"He needs to stop saying that," Adams fumed.

But Yang took the air out of the ball, crediting Abrams and then noting that Asian Americans made up nearly 5% of the Georgia electorate.

After a shooting in Times Square this past weekend, the city's gun violence spike went from a top issue in this race to the top issue -- one that Adams, a former police officer, has made a centerpiece of his campaign.

It was also the first question put to the candidates. Adams began by claiming that "there is no one on this Zoom" with the breadth of experience he's had on policing and public safety issues before stressing "prevention and intervention" -- a nod to his plan to bring back a plainclothes unit dedicated to pulling guns off the streets.

He also noted that the overwhelming majority of both alleged shooters and shooting victims were people of color.

"We're talking about Black Lives Matter," Adams said. "We must deal with police misconduct but we have to deal with this real, pervasive, handgun problem we have in this city."

When his turn came, Yang again pushed for more policing, warned that continued violence would scare off tourists and, as he did this weekend, criticized calls to "defund the police." (A position that no one in the race, save for Morales, has truly embraced.)

Morales offered the most pointed pushback to calls for beefed up policing, arguing that "police respond to crime, they don't prevent crime" and that "safety is not synonymous with policing."

Garcia cited gun buyback programs as one piece of a broad strategy to make for safer streets, but Adams dismissed them as only "cosmetically" useful.

Wiley and Morales, two thirds of the progressive bloc in this primary along with Stringer, made strong first impressions -- and yes, this was the likely the first time many New York voters really dug into the campaign.

Wiley, a civil rights lawyer, who worked as counsel to de Blasio before taking a turn as a popular MSNBC commentator, landed her best shot on Adams, citing approving comments he made in the past about "stop and frisk."

The comment struck a nerve with Adams, who lashed out at Wiley, saying, "Every time you raise that question it really just shows your failure of understanding of law enforcement."

Wiley stood her ground, noting to Adams that she once chaired the Civilian Complaint Review Board, the city's top police oversight body. Then she held it when Adams, clearly annoyed, said, "We both know how much a failure it was under you."

She also spun out of an attack tied to her time working with de Blasio, reminding viewers that she left before the end of his first term.

And when asked who she'd pick as her top deputy, Wiley pointed to Morales.

Morales, perhaps the least known of the candidates on the virtual stage, exuded poise and confidence. She spoke about "deeply rooted structural issues" in a way that sounded, at times, like Massachusetts Sen. Elizabeth Warren -- something that should play well with liberals trying to decide on a candidate to carry their torch.

She also took one of the politically problematic issues facing the more progressive candidates: the backlash to de Blasio. Morales didn't torch the current mayor, but argued only that he "fell short" of his vision, and promised to be a more well-rounded leader.

Stringer began the debate by arguing that his decades of experience in city government made him the most prepared to manage the city's recovery -- a point he made, as he's done on the trail, by warning about a mayoralty "on training wheels."

When pressed about allegations of sexual misconduct lodged by a former political ally, from back in 2001, he again issued a blanket denial and said he would welcome an investigation into the accusation.

Stringer was also ready with one of the night's most memorable one-liners. He was teed up by Donovan, who made note of an independent expenditure group backing Stringer while deflecting from questions about his own, which is bankrolled by his father.

At which point Stringer interjected: "Don't get me involved in your daddy problems."

Zoom doom: 'We would hate to use the mute function on anyone'

Like the roughly gazillion previous, lesser-watched mayoral forums in this primary, Thursday night's debate was remote and the candidates appeared via Zoom.

Naturally, this led to a good amount of cross-talk -- less the product of it being an especially feisty outing than a technological hazard -- and some confusion over time limits.

When Josefa Velásquez, a senior reporter at The City and one of the co-moderators, became (understandably) exasperated, she admonished Donovan.

"Mr. Donovan, we have a lot of topics to get to and we would hate to use the mute function on anyone," she said.

They never did -- and the debate, despite it all, was largely glitch-free, although the lightning round questions in which candidates were asked to raise their hands for or against a given policy probably didn't land, despite the moderators' best efforts, with radio audiences.

www.cnn.com - 1 year ago
Everywhere you look people are stuck in the house.
Read More

www.cnn.com - 2 years ago
Pregnant women who have been exposed to high levels of pollution face an increased risk of"silent miscarriage"in the first trimester, according to a new study. A"silent miscarriage"happens when a fetus hasn't formed or has died, but the placenta and
Read More

www.cnn.com - 5 months ago
Bow Wow has apologized for taking the stage in a packed nightclub in Houston over the weekend.
Read More
More News & Articles