House Republicans approved Rep. Elise Stefanik to their No. 3 leadership position Friday — officially voting her into the post after Rep. Liz Cheney was forced out this week.
Author: Emily Jacobs, Juliegrace Brufke
Published: 2021-05-14 09:26 am 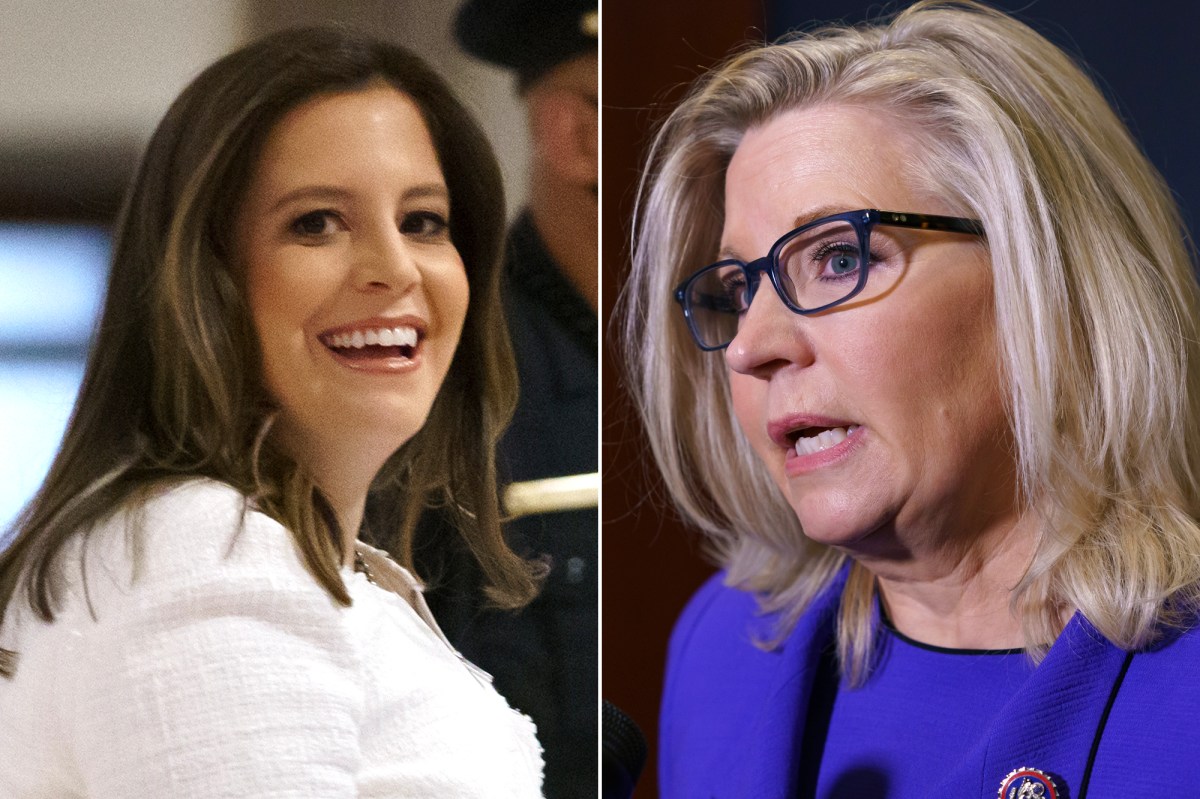 House Republicans approved Rep. Elise Stefanik to their No. 3 leadership position Friday — officially voting her into the post after Rep. Liz Cheney was forced out this week.

Stefanik’s (R-NY) win of 134-46 was nearly guaranteed before the vote took place, given that she went into the meeting with former President Donald Trump’s endorsement and without a serious challenger.

Rep. Chip Roy (R-Texas) had launched a bid, but failed to gain traction. Rep. Mike Johnson (R-La.), who serves as vice chair of the House GOP Conference, was also reportedly interested in the role, but did not end up pursuing a challenge.

Stefanik was nominated for the position by freshman Rep. Ashley Hinson (R-Iowa), whom she helped get elected. Roy, meanwhile, was nominated by House Freedom Caucus member Rep. Ken Buck (R-Utah).

The 36-year-old lawmaker began to whip votes in the days ahead of Cheney’s (R-Wyo.) ouster, securing support from the majority of the conference before any competitors hopped into the race.

While she received prominent endorsements, a sizable number of conservatives expressed concerns about the New York Republican’s voting record — which was more moderate than Cheney’s — arguing it could hinder her ability to speak for the conference.

This prompted Roy to get into the race, who secured endorsements from a number of conservative advocacy groups, including Club for Growth.

Cheney was removed Wednesday morning from her leadership position for her focus on criticizing Trump.

Her ouster by members of her own conference is an extremely rare move, one which highlights the 45th president’s leadership in the Republican Party.

She survived an attempt to oust her from leadership in February over her vote to impeach the just-departed president.

Her standing with GOP colleagues weakened in the months that followed, though, as members grew frustrated with her continued comments regarding the former president and the Jan. 6 Capitol riot.

Her split with McCarthy on the scope of a 9/11-style commission on the riot, as well as her revealing exclusively to The Post that she was mulling a 2024 White House bid, also drew the ire of her colleagues.

Asked by reporters for reaction in the immediate aftermath of her removal, Cheney said she believed what had happened was “an indication of where the Republican Party is, and I think that the party is in a place that we’ve got to bring it back from.”

“The nation needs a strong Republican Party. The nation needs a party that is based upon fundamental principles of conservatism, and I am committed and dedicated to ensuring that that’s how this party goes forward, and I plan to lead the fight to do that,” she continued.

“I will do everything I can to ensure that the former president never again gets anywhere near the Oval Office.”

nypost.com - 8 months ago
Week 4 of the 2020 NFL season was another busy day for injuries to fantasy-relevant players. Leading the injury report are running backs Nick Chubb and Austin Ekeler, both of whom suffered what appeared to be serious leg injuries within moments of each
Read More

National Organization of Women turns on Cuomo, calls for resignation

nypost.com - 3 months ago
Gov. Andrew Cuomo suffered another blow Thursday, as the head of the National Organization for Women-NY called on him to resign over the latest bombshell accusation that he groped a young female staffer at the executive mansion. “He should resign,” NY-NOW
Read More

The Giants players most at risk with hectic NFL cuts coming

nypost.com - 3 months ago
Get ready for impact. There are those around the NFL bracing for what could be an avalanche of player movement in the coming weeks, as teams maneuver to get under a COVID-19-driven salary cap reduction that, for now, is set at not less than $180 million.
Read More

nypost.com - 3 weeks ago
Three people were gunned down inside an Ohio apartment and multiple other fatal gunshot victims were found outside the location on Monday night, a report said.
Read More
More News & Articles