The teen who allegedly posted the racist Snapchat was charged with second-degree breach of peace and ridicule on account of creed, religion, color, denomination, nationality or race.
Author: Melissa Klein
Published: 2021-05-15 06:51 pm 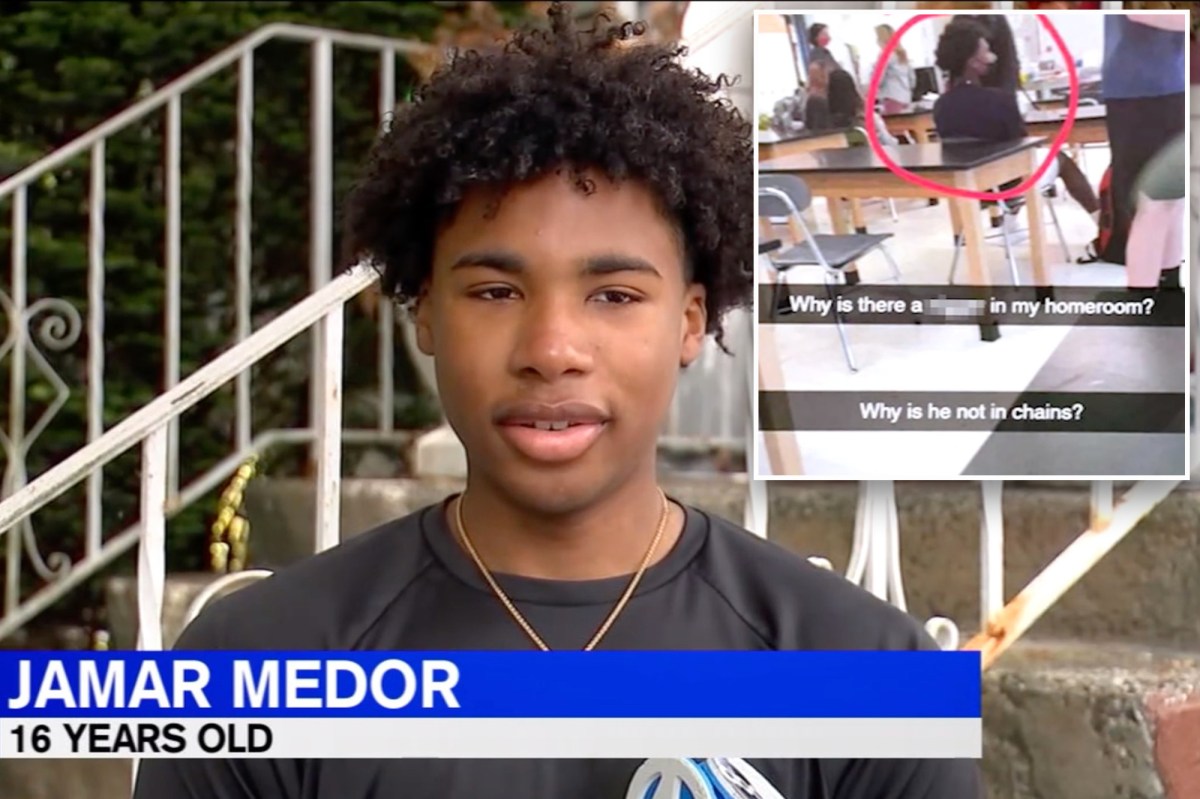 A high school student in wealthy Fairfield County, Connecticut, is facing charges for allegedly calling a classmate a racial slur on social media, according to reports.

The student took a photo of Jamar Medor, a 10th grader at Fairfield Warde High School, and posted it to Snapchat writing, “Why is there a n…. in my homeroom? Why is he not in chains?” according to an Eyewitness News report.

“I have no words. Like I’m speechless. I’m kind of mad and upset and kind of sad, too,” Jamar, who lives in the town of Fairfield, told the station about the May 7 incident.

(image)
A student took a photo of Jamar Medor, a 10th grader at Fairfield Warde High School, and posted it to Snapchat with a racist message.

“I don’t know what to say, I’m speechless,” Judith Medor told the local Patch. “I have no idea what they’re being taught at home.”

The teen who allegedly posted to Snapchat and who has not been identified, was charged with second-degree breach of peace and ridicule on account of creed, religion, color, denomination, nationality or race, Patch reported.

The boy was suspended from school for 10 days, the news site said.

An online petition, which had received nearly 30,000 signatures as of Saturday afternoon, is demanding that the school expel the “racist bully.”

Did Faith Hill and Tim McGraw list a private island in the Bahamas?

nypost.com - 4 months ago
A private island named L’île d’Anges, which appears to belong to country stars Faith Hill and Tim McGraw, has hit the market for $35 million.
Read More

nypost.com - 9 months ago
ISLAMABAD — Pakistan’s Prime Minister Imran Khan said on Monday he would like convicted rapists to be publicly executed or chemically castrated, reacting to a question on the rape of a woman on a highway last week that has caused uproar in the South Asian
Read More

nypost.com - 6 months ago
In his Christmas Day address, Pope Francis called on political and business leaders to make coronavirus vaccines available to everyone – with the most vulnerable and needy at the head of the line. “I beg everyone, heads of state, companies and
Read More
More News & Articles