Gov. Cuomo laughs, jokes when asked about sex with subordinates 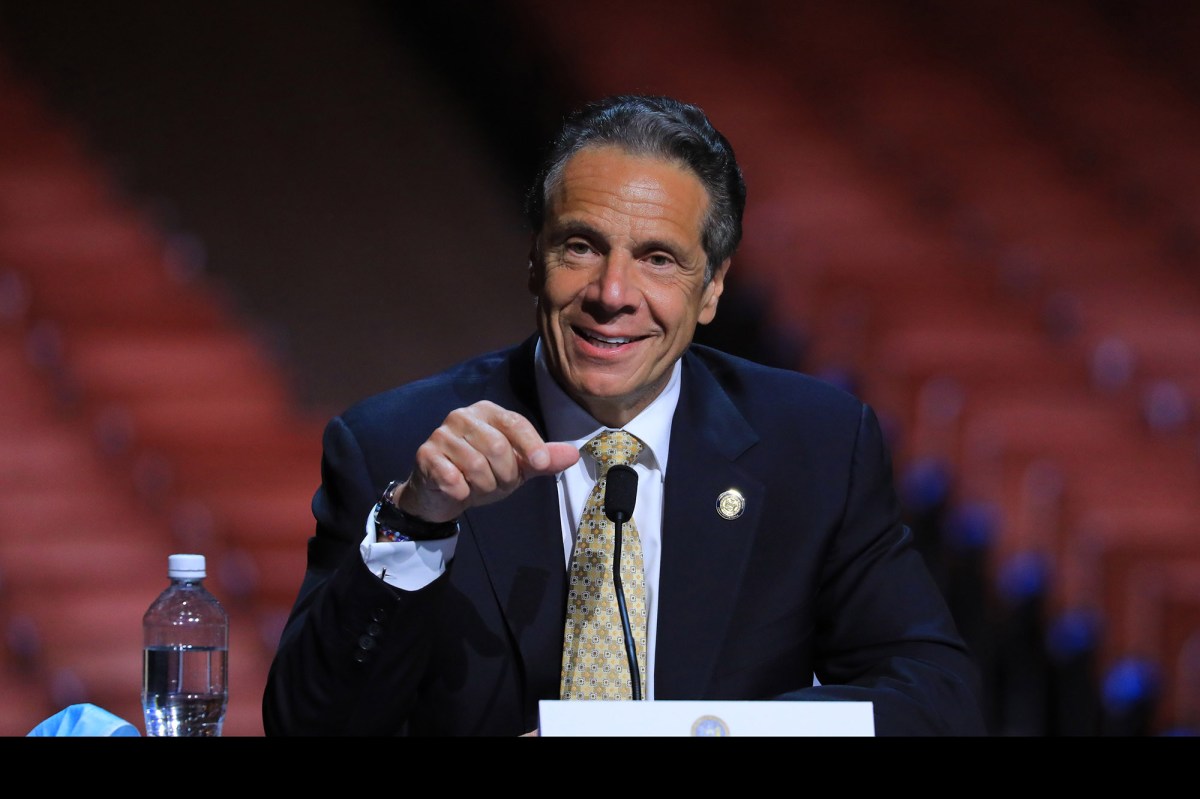 Gov. Andrew Cuomo — who’s facing allegations that he sexually harassed a series of female aides — deflected, joked and laughed before denying Monday that he’d ever had an intimate relationship with a subordinate.

“Intimate has a number of manifestations,” Cuomo said when asked the question by The Post.

The governor then turned to Health Commissioner Howard Zucker during a news conference at Manhattan’s Radio City Music Hall.

“I think we have an intimate relationship, don’t you think? Yeah, not a sexual relationship,” he said, laughing.

When pressed further on whether he’d dated any fellow state employees, Cuomo, answered, “No, no.”

The three-term Democrat has repeatedly denied that he ever “touched anyone inappropriately” in response to sexual harassment allegations from a number of women, mostly current and former aides.

Cuomo, 63, has also been accused of groping a staffer inside his official residence, Albany’s Executive Mansion, in November.

Also Monday, Cuomo tried to walk back his claim last week that “harassment is not making someone feel uncomfortable.”

“Yeah, there is a legal definition of harassment that is very clear,” Cuomo said.

“All I was saying is just, uncomfortable, does not mean sexual harassment,” he said.

“’You make me uncomfortable by some of the questions you ask me’ — that is not sexual harassment. There are other elements that also have to be aired.”

Critics last week called Cuomo “wrong about the law” and said that “he’d get laughed out of court” if he tried that defense before a judge.

“The single most powerful man in New York is trying to play devil’s advocate for himself, contradicting a bill that he himself signed into law,” said former aide-turned-accuser Lindsey Boylan, now a Democratic candidate for Manhattan borough president.

nypost.com - 7 months ago
Britain’s Oxford University and AstraZeneca coronavirus vaccine has produced a strong immune response among older people – and researchers expect to release late-stage trial results by Christmas, according to a report. The data published in The Lancet
Read More

nypost.com - 5 months ago
Vice President-elect Kamala Harris stressed the incoming administration’s need to “multitask” the competing priorities facing the US, including the looming impeachment trial in the Senate and the coronavirus pandemic, in a recent interview. “We know how t
Read More

nypost.com - 3 months ago
He isn't telling California to kiss off — yet.
Read More

Swiss narrowly back proposal to ban face coverings in public

nypost.com - 3 months ago
Swiss voters narrowly approved on Sunday a proposal to ban face coverings, both the niqabs and burqas worn by a few Muslim women in the country and the ski masks and bandannas used by protesters.
Read More
More News & Articles