3 in 5 pregnancy-related deaths in US are preventable, report says

Pregnancy-related deaths can happen up to a year after birth and are preventable in the majority of cases, according to a new report. These deaths include those caused by a pregnancy complication, events triggered by pregnancy or the worsening of an
Author:
Published: 2019-05-07 01:08 pm 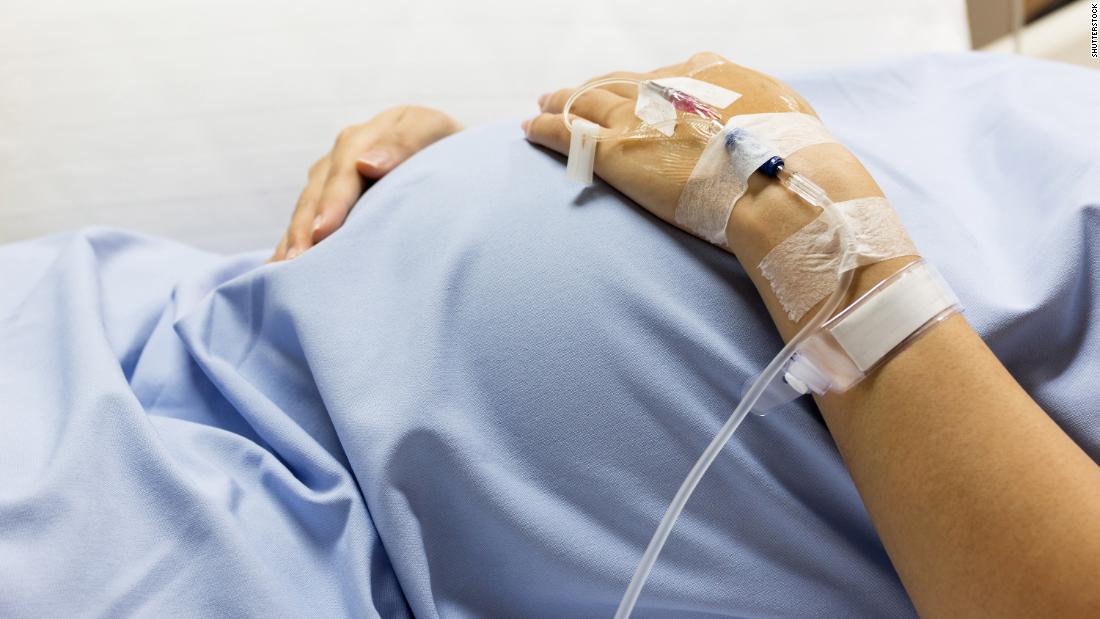 (CNN)Pregnancy-related deaths can happen up to a year after birth and are preventable in the majority of cases, according to a new report. These deaths include those caused by a pregnancy complication, events triggered by pregnancy or the worsening of an underlying condition due to the effects of pregnancy on the body.

Researchers at the US Centers for Disease Control and Prevention analyzed national data reported to the agency's Pregnancy Mortality Surveillance System between 2011 and 2015. They also examined detailed data from the Maternal Mortality Review Committee in 13 states gathered between 2013 and 2017.

From 2011 to 2015, there were a total of 3,410 pregnancy-related deaths in the United States, consistent with known rates of about 700 deaths per year. Nearly 31% of the deaths in the study happened during pregnancy, 36% happened the day of delivery or the week after, and 33% happened one week to one year after delivery, according to the findings, published Tuesday in the CDC's Morbidity and Mortality Weekly Report.

"We really wanted to know more about the timing of death," said the report's lead author, Dr. Emily Petersen, medical officer and ob-gyn in the CDC's Division of Reproductive Health.

Heart disease and stroke caused more than 1 in 3 -- or 34% -- of pregnancy-related deaths. Additional causes of death varied by timing.

Most deaths occurring around delivery were caused by obstetric emergencies such as severe bleeding and amniotic fluid embolism, in which the fluid enters the mother's bloodstream and causes a disturbance in the blood-clotting system. The week after delivery, severe bleeding, high blood pressure and infection were the most common causes of death. Cardiomyopathy, a weakening of the heart muscle, was the most common cause of death the year after delivery, according to the results.

The results also confirmed known racial disparities: Black women were about three times as likely to die from a pregnancy-related cause as white women.

"We also found a disparity in American Indian Alaskan native women, and that was 2.5 times as high as white women," said Nicole Davis, an epidemiologist in the Division of Reproductive Health and co-author of the study. She emphasized that continued monitoring and reporting of the disparities are key to prevention strategies.

The racial and ethnic disparities may be in part explained by structural racism, said Dr. Wanda Barfield, director of the Division of Reproductive Health in the CDC's National Center for Chronic Disease Prevention and Health Promotion. Structural racism can directly affect when women are seen, the quality of the care and advice they receive, and even how much they trust their doctors, she said.

The disparities are also likely to be worsened by variations in hospital quality, with women living in rural America sometimes delivering at hospitals not equipped to handle the complications they may face, Barfield added.

Variations in who is affected by chronic conditions with the potential to worsen during pregnancy add yet another layer, with black women experiencing higher rates of heart disease and hypertension before pregnancy, she said.

"We do want the public to know that maternal deaths are relatively rare; most pregnancies do result in a safe experience for both mom and baby," Peterson said. "But every maternal death is tragic, and we are learning that it often represents a web of missed opportunities."

By analyzing a subset of the reported deaths, the Maternal Mortality Review Committee in each of the 13 states involved in the study determined that 3 out of every 5 -- or 60% -- of the deaths were preventable, regardless of race or ethnicity.

The committees also outlined contributing factors and strategies to prevent pregnancy-related deaths, including ways to improve access to clinical care, public awareness of warning signs and accurate diagnosis by physicians.

For women and their families, the authors recommend discussing warning symptoms of complications with health care providers and clearly stating that they recently gave birth any time they receive medical care in the year after delivery.

"No single intervention is sufficient; reducing pregnancy-related deaths requires reviewing and learning from each death, improving women's health, and reducing social inequities across the life span, as well as ensuring quality care for pregnant and postpartum women," the report says.

Barfield said in a statement that "By identifying and promptly responding to warning signs not just during pregnancy, but even up to a year after delivery, we can save lives."

www.cnn.com - 3 months ago
Royal Dutch Shell says its oil production peaked in 2019 and that its carbon emissions are in decline, as it detailed plans to wean itself off fossil fuels.
Read More

www.cnn.com - 2 months ago
Tourists have been warned not to wear skimpy clothing while exploring the island of Zanzibar, with government officials saying it could result in heavy punishment for tour operators and guides.
Read More

www.cnn.com - 3 years ago
President Donald Trump, coming off a week of heightened scrutiny over his mental health, sought to put the topic to rest on Saturday by declaring himself extraordinarily intelligent and undeniably right in the head.
Read More

5G and Wi-Fi 6 will improve your WFH experience

www.cnn.com - 1 year ago
In a matter of weeks, much of the world has shifted to working or attending school from home in to slow the spread of coronavirus.
Read More
More News & Articles