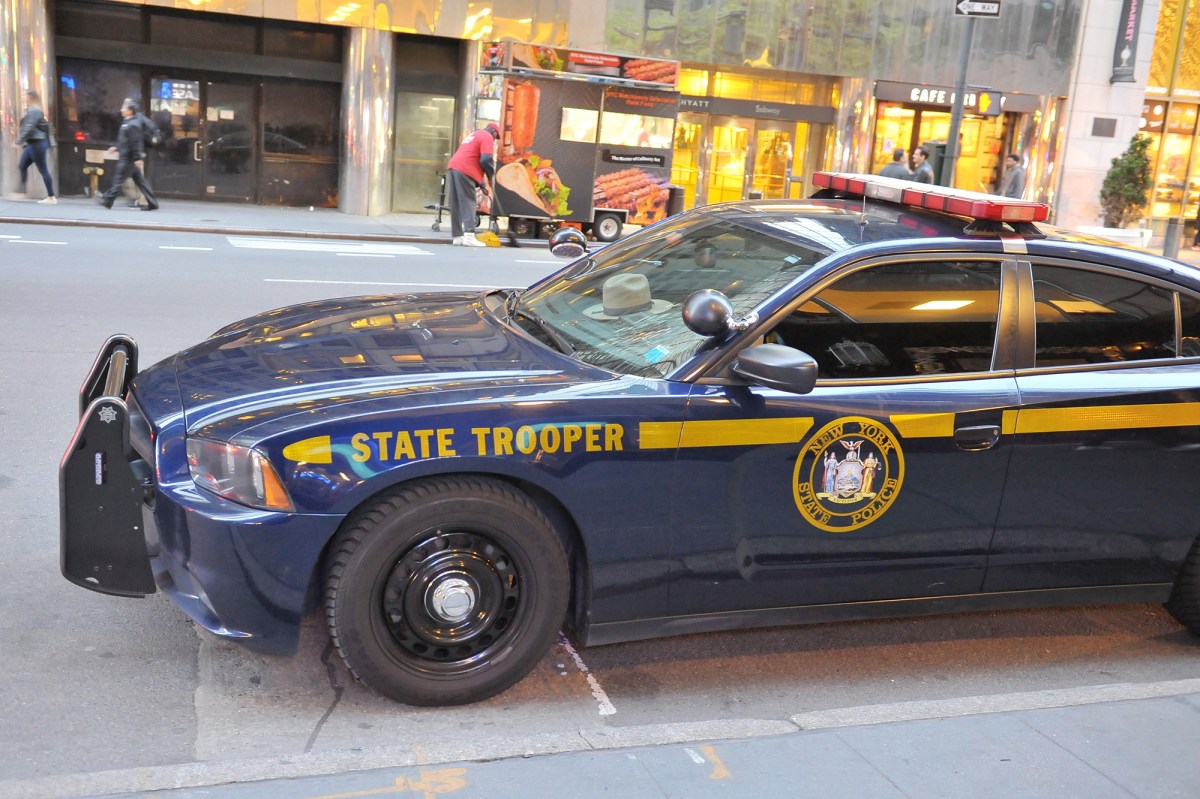 “In the wake of the unacceptable recent increase in anti-Semitic hate crimes nationwide, I am proactively deploying State Troopers to provide security at Jewish religious, educational, and community facilities,” Cuomo said in a statement.

Troopers will also work with communities to help with any security concerns in the city, as well as Westchester, Rockland, Orange, Nassau and Suffolk counties.

The increased police patrols come days after pro-Israel and pro-Palestine demonstrators clashed in Times Square over the 11-day war in the Middle East. A Jewish man was beaten in a hate attack while walking to the rally — with the assailant declaring that he’d “do it again.”

Mayor Bill de Blasio on Monday also decried anti-Semitic incidents in Gotham and said the “NYPD is now out in force” in Jewish neighborhoods.

“You are going to see that presence… we are going to protect the Jewish community and make sure people feel that protection is there,” Hizzoner said.

“We have seen some acts in the last few days, acts of violence and acts of hatred that are absolutely unacceptable,” de Blasio added. “I have talked with members of the Jewish community who have really felt hurt in every way to see people attacked simply because of who they are… we will not tolerate it.”

A tentative cease-fire ended the conflict between Israel and Hamas last week after nearly 250 died, including 232 Palestinians.

nypost.com - 10 months ago
By now, you probably know that the Jets’ unspeakable last-second meltdown last Sunday against the Raiders came exactly 50 years to the day after they lost an eerily similar game to their old AFL rivals, when Daryle Lamonica completed a 33-yard TD pass to
Read More

nypost.com - 6 months ago
Authorities are holding a press conference on the deadly shooting at an Indiana FedEx facility that left at least eight people dead, as well as the gunman. Gunfire erupted around 11 p.m. at the plant in Plainfield, just outside Indianapolis, with witnesse
Read More

nypost.com - 1 month ago
Jasmine Parsad, who posted the diss on her TikTok @jazzklassykushco, is seen allegedly speaking at the podium of her sister Ariyanna's funera
Read More

nypost.com - 7 months ago
An Oklahoma basketball announcer who was caught on a hot mic calling members of an all-girl high school team the N-word for kneeling during the national anthem is now blaming the outburst on his diabetes. “I will state that I suffer Type 1 diabetes and
Read More
More News & Articles