John Roberts faces a new round of legacy-defining turmoil

Chief Justice John Roberts faces a new period of Supreme Court turmoil that could define him and his legacy like nothing he confronted in the past 15 years, when he sided with liberals on Obamacare, clashed with President Donald Trump, and presided over a
Author:
Published: 2020-10-05 06:05 am 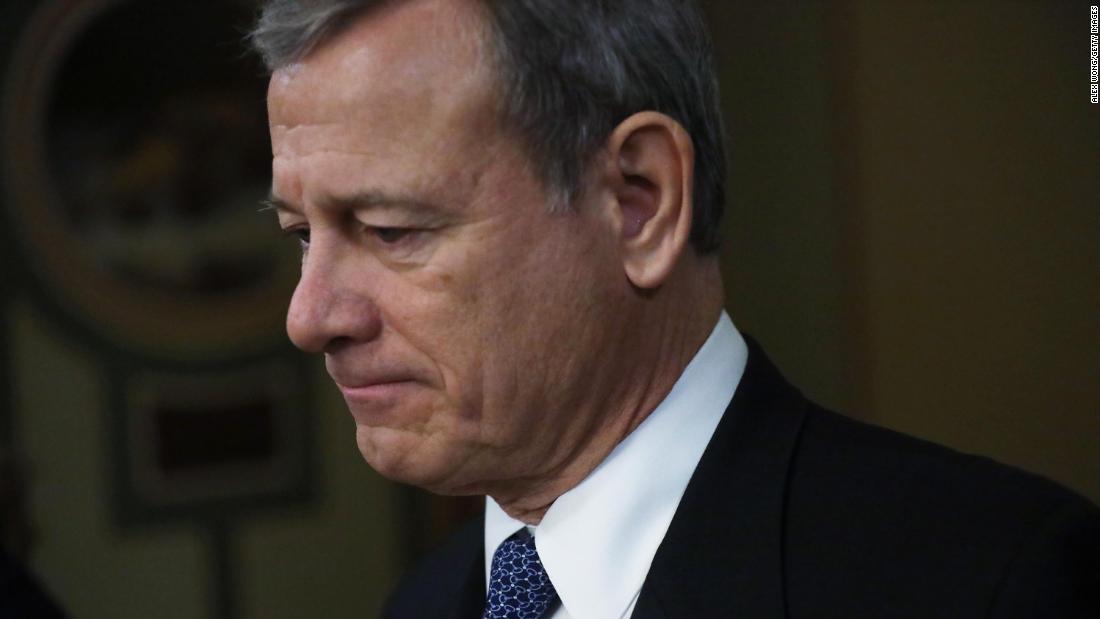 (CNN)Chief Justice John Roberts faces a new period of Supreme Court turmoil that could define him and his legacy like nothing he confronted in the past 15 years, when he sided with liberals on Obamacare, clashed with President Donald Trump, and presided over an historic impeachment trial.

The new Supreme Court session that begins on Monday will determine, among a raft of contentious cases, the future of the Affordable Care Act and insurance coverage for more than 20 million people.

More urgently, election-related cases are hurtling toward the court and the chances the justices would become ensnarled in a presidential dispute after November 3 appear high. Some version of the 2000 Bush v. Gore case could play out in a ballot controversy between Republican Trump and Democratic former vice president Joe Biden.

At the same time, Senate Republicans want to move swiftly to confirm Supreme Court nominee Amy Coney Barrett, now a federal appeals court judge based in Indiana. The replacement of liberal Justice Ruth Bader Ginsburg, who died on September 18, with hard-core conservative Barrett is likely to destabilize the fragile control Roberts had exercised as the justice at the ideological middle of the bench.

The 65-year-old Roberts would soon be negotiating with a solid majority of five justices on his right. The new court makeup would increase the chances of lopsided decisions that belie Roberts' assertion of an impartial judiciary.

With little relief from the coronavirus, which has now infected President Trump, the public will witness how a sudden 6-3, conservative-liberal split affects the constitutionality of Obamacare, scheduled for oral arguments one week after the election. Also pending are emergency filings related to abortion rights and how undocumented immigrants will be counted in the 2020 census.

All told, the next few months could redefine the Roberts court in the American eye and shape public expectations of the justices in the years to come.

"If the Supreme Court gets involved in the election," said Yale law professor Cristina Rodriguez, "that could have long term repercussions for the court, and I think Roberts will be very aware of that."

Rodriguez recalled the late Justice John Paul Stevens' admonition, in dissent, during the dispute between George W. Bush and Al Gore that, "Although we may never know with complete certainty the identity of the winner of this year's Presidential election, the identity of the loser is perfectly clear. It is the Nation's confidence in the judge as an impartial guardian of the rule of law."

Added Rodriguez, comparing 2000 and today: "This election is much higher stakes."

Less room to maneuver in the middle

In the last term, Roberts, a 2005 appointee of President Bush, exerted unprecedented control. He steered the majority in disputes over abortion rights, immigration and subpoenas for Trump's financial documents.

Roberts, at the time a crucial fifth vote for the right-wing, also deterred his colleagues from taking up new appeals that could lead to expansion of Second Amendment individual gun rights.

Roberts will have less maneuvering room at the center, to be sure, but he will still be able to assign the opinions when he is in the majority on a case. He can keep the opinion for himself or give it to another justice, perhaps as a point of leverage with colleagues relishing the opportunity to write opinions for the court in important cases.

He cast the key fifth vote in 2012 to uphold the Obamacare law that provided insurance coverage for millions more Americans, expanded Medicaid and guaranteed free mammograms, cholesterol checks and birth control. The law also prevents insurers from denying coverage to people based on pre-existing conditions such as cancer and diabetes.

The current case, brought by Texas and other Republican-led states and backed by the Trump administration, attempts to invalidate the entire law. They assert that the act's individual insurance mandate, tied to a tax that Congress zeroed-out in 2017, is now unconstitutional and that the entire law must fall with it.

Roberts has faced ongoing fury from Trump and some Republicans for his earlier health care votes, in 2012 and a separate 2015 dispute. He infuriated the same crowd last term when he cast the decisive vote, with the four liberals (including Ginsburg) to preserve an Obama-era program that protects young immigrants who came to the US without proper papers.

A year earlier, he voted with the same four liberals to block a citizenship question on the 2020 census. In a new census fight, the Trump administration has appealed to the high court to let it exclude undocumented immigrants from being counted for the re-allocation of congressional seats in the 50 states next year.

Roberts, to be clear, is no liberal. He has been a generally reliable conservative, most notably on issues of voting rights, racial remedies and campaign finance. But more than anyone in the conservative bloc, he has worked to minimize partisan divisions.

Trump, who has long condemned Roberts for his 2012 Obamacare vote, has continued to rail against his rulings. After the decision rejecting Trump's attempt to rescind the Deferred Action for Childhood Arrivals, often called the "Dreamers" program, Trump said on Twitter June 18: "Do you get the impression that the Supreme Court doesn't like me?"

The leaders of the executive and judicial branches tangled most visibly in November 2018.

After Trump derided a federal district court judge who ruled against the administration as "an Obama judge," Roberts put out a statement that said: "We do not have Obama judges or Trump judges, Bush judges or Clinton judges. What we have is an extraordinary group of dedicated judges doing their level best to do equal right to those appearing before them."

Trump fired back, "Sorry Chief Justice John Roberts, but you do indeed have 'Obama judges,' and they have a much different point of view than the people who are charged with the safety of our country."

The ultimate Trump-related challenge could come with litigation related to the presidential election, perhaps over how to tally certain absentee ballots or state leeway for meeting federal deadlines to turn over final electoral college counts to Congress.

Speaking of the presidential contest last month, Trump said, "I think this will end up at the Supreme Court. And I think it's very important that we have nine justices." He has signaled he believes the addition of Barrett, who would be his third high court appointee, would help his side -- if it came to that.

Roberts, as an attorney in private practice in 2000, assisted former Texas Gov. Bush's legal team in the election controversy against then Vice President Gore. The Supreme Court's 5-4 decision on December 12 ended Florida recounts and ensured Bush won the White House.

Roberts would be aware of how much the 36-day ordeal divided the country, and that today's political atmosphere is more fraught. If such an election battle were to reach the justices, it would be even more likely to undermine the integrity of the high court.

"If the court ends up playing a decisive role, it's virtually inevitable that the losing side will view the court as a partisan player," said New York University law professor Richard Pildes, a CNN election law analyst. "This is a very delicate moment for the court and Chief Justice Roberts."

Learning a new language ... from TV

www.cnn.com - 3 years ago
Every day for about five years, Israeli sisters Reut and Shoham Nistel ran home from school, made themselves sandwiches and plopped down on the couch to watch an Argentine telenovela with Hebrew subtitles.
Read More