Police in northern Italy have made three arrests in the cable car disaster that killed 14 people
Author:
Published: 2021-05-26 04:21 am 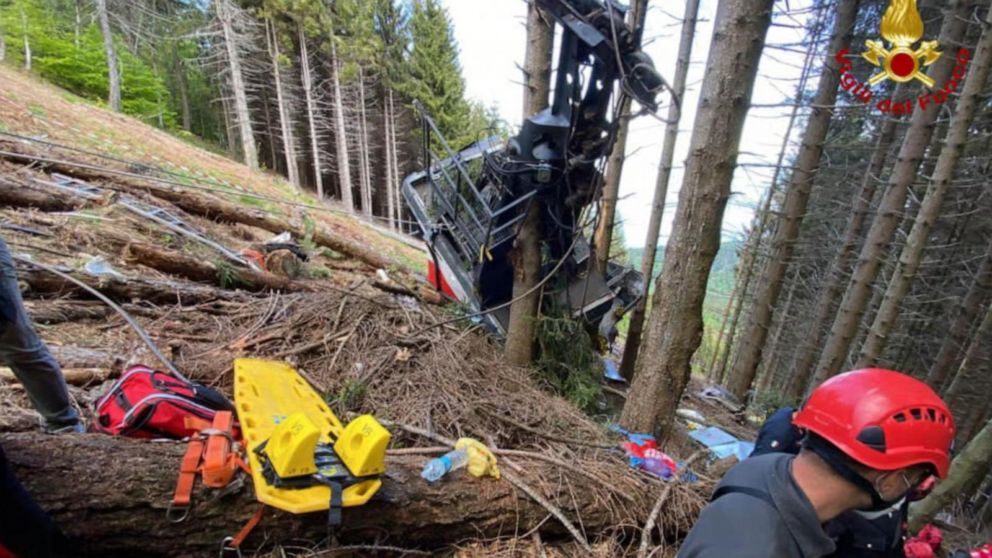 ROME -- Police in northern Italy arrested three people early Wednesday in the cable car disaster that killed 14 people after an investigation showed a clamp, intentionally placed on the brake as a patchwork repair, prevented the brake from engaging after the lead cable snapped.

Carabinieri Lt. Col. Alberto Cicognani told Sky TG24 that at least one of the three people questioned overnight admitted to what happened. He said the fork-shaped clamp had been placed on the brake specifically to prevent it from engaging because it was braking spontaneously and preventing the funicular from working.

After the lead cable snapped Sunday, the cabin reeled back down the line until it pulled off entirely, crashed to the ground and rolled over down the mountainside until it came to rest against some trees. Fourteen people were killed; the lone survivor, a 5-year-old boy, remains hospitalized.

abcnews.go.com - 4 months ago
President Biden's announcement that he wants 70% of Americans to get at least one shot by July 4 seems to abandon once and for all the much coveted goal of herd immunity.
Read More

abcnews.go.com - 5 months ago
A report commissioned by the Rwandan government concludes that the French government bears “significant” responsibility for “enabling a foreseeable genocide" that left more than 800,000 dead in 1994
Read More
More News & Articles