A lawsuit accuses Omaha police of using excessive force when they responded to protests against police brutality and racial injustice in Nebraska's largest city earlier this year with pepper balls and mass arrests
Author:
Published: 2020-10-05 02:18 pm 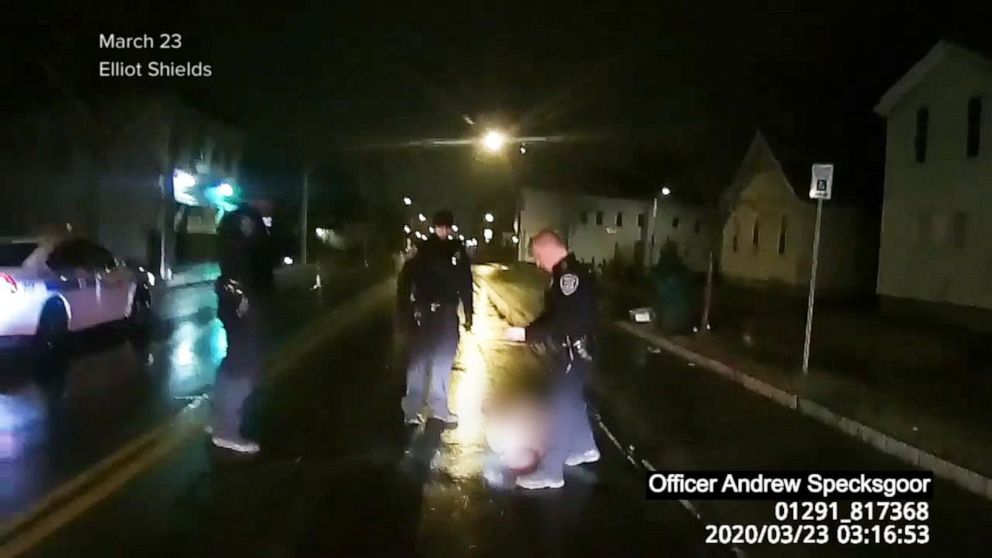 OMAHA, Neb. -- A lawsuit accuses Omaha police of using excessive force when they responded to protests against police brutality and racial injustice in Nebraska's largest city earlier this year.

The American Civil Liberties Union of Nebraska said Monday it would file a federal lawsuit challenging police tactics that included firing pepper balls at protesters and making mass arrests during the protests in May, June and July.

“The answer to protests against police brutality shouldn’t be more brutality,” said Danielle Conrad, executive director of the ACLU of Nebraska. “Omaha Police have put Black Omahans and all Omahans calling for justice in the unacceptable position of deciding between their constitutional rights and their own health and safety."

Omaha City Attorney Paul Kratz said he believes police acted properly. Previously, city officials defended the arrests made during protests because police believed the gatherings had the potential to become violent and in some cases violence had already broken out.

“Omaha has always been supportive of free speech and public demonstrations and will continue to do so,” Kratz said. “The police make every effort to cooperate and protect demonstrators as long as they obey the law and police commands.”

On several nights this spring and summer, hundreds of people gathered in Omaha to protest. The ACLU says the majority of the protests were demonstrating peacefully although the city also saw instances of violence and vandalism during some of the protests. On May 30, a protester was killed during a scuffle with a downtown bar owner after a protest involving several thousand people turned chaotic and the windows of the bar and several other nearby businesses were smashed.

Police used pepper balls and tear gas as part of their effort to disperse the crowds and arrested dozens of protesters for failing to leave. The Omaha World-Herald reports that Omaha police used pepper ball guns 157 times during the first half of 2020, which is more than in the previous seven years combined.

In one of the biggest arrests, more than 100 people were detained in downtown Omaha on July 25. That mass arrest was cited in the lawsuit because the protests were peaceful and the people who were arrested were held in crowded cells at a jail that was battling a COVID-19 outbreak. The ACLU said several protesters heard police say the arrests were designed to discourage further protests.

Afterward, city prosecutors dismissed most of the charges against protesters because of a lack of evidence. City officials also changed their policy to require police officers to use body cameras to get pictures of each individual they arrest during protests instead of doing mass arrests.

The lawsuit was filed on behalf of eight protesters, bystanders and a journalist who were at the protests. The ACLU also argued that the ordinances police used to arrest protesters should be thrown out because they are too broad and they restrict free speech too much.

abcnews.go.com - 5 months ago
A former CDC director wrote to the agency's current head Robert Redfield to expose the "colossal failure" of the Trump administration response to the pandemic.
Read More

abcnews.go.com - 2 months ago
Attacks by gunmen suspected to be from Nigeria’s Boko Haram jihadist rebels have killed at least 10 people in Borno state in northern Nigeria, according to local residents
Read More

abcnews.go.com - 3 months ago
Bosnians are marking the 25th anniversary of the U.S.-brokered peace agreement that ended more than 3 1/2 years of ethnic war in their country
Read More